Agatha Christie: And Then There Were None Review

It hits certain points well enough that fans of the genre who are willing to overlook the somewhat tired gameplay formula will be rewarded with good atmosphere.

Agatha Christie's And Then There Were None is peerless within the literary genre of mystery novels in terms of popularity. Its high-contrast blend of early-20th-century upper-crust British civility with a series of brutal and seemingly unsolvable murders all but define the tone and setting of a proper murder mystery. Expectations, then, may be unreasonably high for an adventure game based on this modern classic, and indeed, those looking for a completely faithful adaptation will be at least a little disappointed, and maybe slightly offended by certain liberties taken. On its own terms, though, The Adventure Company's interpretation of And Then There Were None can be enjoyed as a competent adventure genre exercise with some good atmosphere.

Set in the late 1930s, And Then There Were None saw a group of 10 strangers invited under various false pretenses to a mansion on a remote island off the coast of Devon, England, where they were all exposed as perpetrators of murders whom the law, for various reasons, could not touch. The guests then begin to die in accordance with a nursery rhyme hung inside the mansion, and the guests soon realize that one of them has to be the murderer, creating a mind-boggling mystery and an increasing sense of dread and paranoia.

As those who have read the novel will know, the story's dark progression makes it a difficult game translation, an issue that is sidestepped here by inventing an 11th character, one Patrick Narracott, who supplants his brother Fred Narracott as the boatman who takes the 10 guests to the island. Due to a case of mistaken identity on behalf of one of the guests, Patrick Narracott finds himself trapped on the island, trying to unravel the mystery and possibly prevent all 10 of the guests from meeting a grisly fate. Despite the presence of a character fabricated for the sole purpose of being the player's proxy, the story largely unfolds as in the original, though its resolutions (there's more than one) are unique to the game, though none are nearly as chillingly satisfying as Christie's own.

Some of the compromises made are easier to swallow than others. It's unfortunate and a bit distracting that the "Ten Little Indians" nursery rhyme has been altered to "Ten Little Sailor Boys" for the sake of political correctness, but it's not detrimental to the overall plot. The biggest victim is the nearly palpable sense of paranoia, which never really gets as deeply rooted into the story here as it ought to. For what it's worth, the game makes a small attempt to appease fans by playing out Agatha Christie's original ending as an addendum, though this just serves to make you wonder what the game would've been like had it stayed truer to the book.

The whodunit aspect of the mystery, however, remains fully intact, as does the game's dry British tone. The story goes a long way toward establishing the group of archetypal Britons, but a cast of journeyman of voice actors takes them the rest of the way, each doing a competent job of creating characters whose motivations are simultaneously convincing and questionable. The sound also plays a huge role in establishing a sense of dread, specifically the foreboding arrangements of piano and strings that play for nearly the entire course of the game. It can certainly become monotonous at times, to be sure, but it works wonders for the overall feel.

The graphics, though technically dated, also do their part to help create an elegant atmosphere rife with shadowy corners. The inside of the mansion feels warm and modern, with plenty of inviting comforts and distractions, while the out-of-doors is so chilling and windswept it's hard to resist the urge to head back inside, regardless of what kind of deranged killer there may lurk. The game uses a traditional point-and-click adventure game interface, in which you use your mouse cursor to guide your animated avatar across static backgrounds. The advantage of such an interface is that it makes creating detailed environments quite easy, though it also disconnects the characters from their surroundings to a degree--a problem exacerbated here by the fact that, even when a character interacts with the environment by, say, opening a door, the environment rarely reflects this interaction. The game is also quite reliant on prerendered cutscenes, which suffer from some nasty video compression and aren't so complex or detailed that they couldn't be rendered in real-time on a modern PC.

As Narracott, you don't have much direct impact on the direction of the story through most of the game. The cause of each character's death is usually fairly obvious, so you put your amateur sleuthing skills to work by going after the bigger questions of character motivation and the history of the island. Because of this, you'll spend a lot of time questioning the surviving guests, learning about their checkered pasts, and finding out where their own suspicions lie. The guests will occasionally drop clues as to ways you can later coerce them into revealing more information, but your conversations rarely have many twists or turns to offer, and are mostly just expository.

The challenge within And Then There Were None lies almost entirely in the exploration of the island and your ability to find, combine, and use various items found on the island to further your exploration. Adventure game fans will find the rhythms of fastidious observation and arcane object combinations, peppered on occasion with very transparent puzzles, to be familiar and oft predictable. This doesn't stop the game from being rather challenging and mind-boggling at times, as the solutions themselves are rarely obvious. Some of the challenge feels artificial, though; certain necessary item combinations are patently arbitrary, and you're regularly tasked with backtracking back and forth across the island with only a vague notion of what to do in order to progress the story.

Agatha Christie's And Then There Were None is most successful as a mood piece. The music, the voice acting, and the visual style all conspire with the basic framework of Christie's original story to immerse you in a polite but gruesome situation, which it sustains for most of the game. Unfortunately, the actual gameplay often feels like filler designed merely to fill the time between murders, and it's hard not to be at least a little disappointed by the game's final resolution, whether you're a fan of the original story or not. 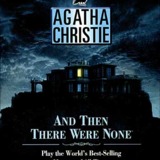 Agatha Christie: And Then There Were None
Follow
$36.45 on Walmart
Buy 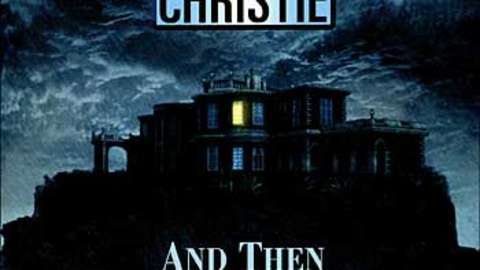 Agatha Christie: And Then There Were None

Make your way through a lavish estate on an island in an attempt to uncover an unseen killer in Agatha Christie: And Then There Were None.

7.1
Sign In to rate Agatha Christie: And Then There Were None