The first volume of Afro Samurai 2 has so many problems that aren't just glaring, but offensive, be it to your eyes, ears, or moral sensibilities, that no one will finish this slog without something to complain about. Revenge of Kuma is the first game in the episodic follow-up to 2009's well-received Afro Samurai. Like its predecessor, it portrays a society that embodies an unusual mix of samurai and hip-hop cultures. The soundtrack's strong beats and confident rhymes set the mood as you clash swords over the course of your journey, but any goodwill earned by Revenge of Kuma's tone is rapidly discounted when you try to engage with it on any other level.

The game introduces neophytes to Jinno, an orphan-turned-martial-artist who failed to take his own life in the first Afro Samurai game. He's been rebuilt as the bionic warrior, Kuma, who dons the head of a stuffed bear. Goofy headgear aside, Kuma has potential on a conceptual level: more machine than man, he is insusceptible to the dark temptations that surround him. This potential is never realized.

Your interest in Kuma's character is lost the moment Afro Samurai 2 attempts to explore the depths of his past. As you traverse Kuma's old stomping grounds, you're meant to confront the phantoms of those he's lost. It's an emotionally ripe setup, but when your mission objective is so literal--"Confront the reality that everyone you love is dead, and their memories are all you have"--there's nothing to glean from walking in Kuma's shoes. You walk up to characters frozen in time while shrill screams fill the air, one after another. Revenge of Kuma doesn't go to the trouble of working for your sympathy; it naively demands it.

The script at large is drowned in impish indulgences, including references to modern-day celebrities--musician Drake and former boxer Mike Tyson come up in conversation--and needless, rampant swearing. I have no problem with such language in principle, but like Moira Burton in Resident Evil: Revelations 2, Afro Samurai 2's script is soured by this forced edginess.

Afro Samurai 2 needlessly objectifies women for the sake of nothing but titillation and attitude. The reverb from this particular blare of ignorance is deafening.

One scene in particular stands out as egregiously offensive and juvenile. Upon entering a bar filled with women in g-strings (and nothing else), you're confronted by slow zooms and pans on a stripper in the center of the room. An equally-naked DJ calls for your head, but not before the camera shifts to a close-up of her exposed, undulating body. This scene is justified by the plot as a place where men gather, but that premise--because the setting could have been a number of other less salacious locations--is a farce. There's no explicit need to showcase nipples for minutes on end for the story to accomplish its goal. To add insult to injury, upon meeting your mark after your battle with the DJ, he repeatedly refers to her as "that dead bitch." Afro Samurai 2 needlessly objectifies women for the sake of nothing but titillation and attitude. The reverb from this particular blare of ignorance is deafening.

No, I'm not referring to the soundtrack, which is the only thing resembling "good" in the game. Elsewhere, Afro Samurai 2's audio can be literally painful. There are countless moments when one character or sound effect becomes many times louder than anyone or anything else, leading to extreme discomfort. While I may not have picked up on the nuanced lyrics as I engaged in combat, the soundtrack got under my skin, instilling bravado in ways the game otherwise fails to do, fleeting as it is.

I wish I could say that its combat mechanics shine through as an exception to Afro Samurai 2's myriad problems, but they're as sloppy and incoherent as the rest of the game. You primarily use one button to create simple combos and another to block incoming attacks. When an enemy comes in for an attack, a button prompt appears over their head. In theory, you would have the full duration of the prompt to deflect an incoming attack, but there's instead a vague window of success within the life of a prompt. You stand a better chance of winning if you simply remain on the offensive, though the wild, needlessly acrobatic animations often take you halfway across the screen.

You eventually learn special attacks that are tied to three different fighting styles, but it's a hollow system--with zero added benefit--that unnecessarily complicates things. As you engage with your enemies, you randomly earn skill points. In one fight with a few common enemies, I earned eight, and I had no idea why. The arbitrary dispersal is magnified by the fact that you only need 28 points to unlock everything under Kuma's three skill trees, though you can't unlock the final abilities in each tree because they're locked until the next episode. Just as confusing is the structure of skill trees themselves. Reaching a point on a skill path doesn't mean you can unlock the next buff or ability--the game wants you to jump to another branch of the tree first in some cases, negating the reason for the tree-like structure in the first place.

Every moment brings new problems to light, and it doesn't take long before you want to put the controller down and walk away.

You probably get by now that Revenge of Kuma isn't worth your time, and I haven't even mentioned the confusing world map, the abrupt transitions between cutscenes and gameplay, the horrible frame rate, the dumbed-down boss fights, and the litany of technical glitches I encountered, including getting stuck in geometry or having to restart the game because it crashed altogether. Every moment brings new problems to light, and it doesn't take long before you want to put the controller down and walk away. Revenge of Kuma makes for a better album than a game, but I wouldn't recommend buying it for that reason either, since you're required to suffer the game to listen to music that's trapped within.

In the words of Revenge of Kuma: Confront the reality that everything you loved about the first Afro Samurai game is dead, and your memories are all you have.

View Comments (617)
Back To Top
2
Terrible
About GameSpot Reviews 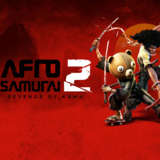 Peter endured Revenge of Kuma Volume One for two hours, completing the game and unlocking every ability.