You'll find that the controls are just a little too sluggish, making it feel as though you're driving a run-down school bus instead of a quick and nimble jet fighter or helicopter.

Aero Elite: Combat Academy is Sega's latest in a flight simulation series that dates back to the Dreamcast, and while it's somewhat successful in delivering a solid flight combat model, the game's missions just lack the diversity or intensity to keep you drawn into the experience. More importantly, you'll find that the controls are just a little too sluggish, making it feel as though you're driving a run-down school bus instead of a quick and nimble jet fighter or helicopter.

Still, to its credit, Aero Elite: Combat Academy offers a fairly wide array of different modes to choose from, such as an arcade mode, which essentially functions as the "story" portion of the game. But don't expect to find a full-fledged narrative like the one in Namco's Ace Combat 04, as Aero Elite's story is largely made up of mission briefings that have simply been strung together. Even the missions seem to lack any sort of flow. You'll just go from one target to another without any real rhyme or reason other than to blow up various enemy fighters or ground targets. It's also worth noting that you can't save in the arcade mode, so if your plane crashes or gets shot down three times, you have to start over. It provides a good challenge, but the earlier missions can be quite boring--most of your time is spent simply waiting for your missiles to hit the target, so the motivation to start all over again is nearly nonexistent.

Thankfully, there are a few other gameplay options to choose from, one of which is aero meet 2002. This mode has been designed to test your skills in one of four different areas: air to air, surface, maneuver, and recon. As you might suspect, air to air specifically tests your dogfighting capabilities, while surface pits you against antiair vehicles, tanks, and other enemy targets located on the ground. The maneuver option is quite similar to the test featured in Nintendo's Pilot Wings series in that you'll have to guide your craft through narrow canyons to shoot down balloons or navigate through a series of small circles spread out over an environment. Lastly, in recon, you'll have to fly over targets and take pictures of specific objects while avoiding antiaircraft fire. The best part about aero meet 2002 is that you can basically skip the yawn-inducing dogfights and jump right into some of the more enjoyable types of missions that the game has to offer. Of course, aero meet is also where you can unlock additional aircraft, so it will undoubtedly be the major attraction of the game for most people.

You can also unlock some craft in the free flight mode, where you can select from solo flight, air attack, and surface attack. In most of these options, you can select the environment, time of day, weapon load-out for your craft, starting position in the level (in relation to the enemy), and the number and type of enemies you'll encounter in the skies. You can also adjust the AI to suit your skill level. Also, if you don't feel like setting any of these parameters yourself, then you can select the random mission option and jump right in. While it's great that the game features this level of customization, it still doesn't really make the missions all that much more interesting.

And it certainly doesn't fix Aero Elite's controls. The game attempts to mix some simulation elements with arcade elements, so while it's possible to stall the aircraft, such a thing seems to rarely happen (and when it does, it's not too difficult to recover from it). But the controls aren't really all that simlike nor are they incredibly tight like those in most arcade flight combat simulations. Instead, the controls feel overly? sluggish, making it difficult to perform certain types of maneuvers, most notably going inverted over an enemy. Obviously, each type of aircraft has different maneuvering capabilities, but even the jets that are supposed to be highly maneuverable don't convey that very well.

Visually, Aero Elite suffers from most of the typical flight simulator problems, including incredibly muddied and blurred textures that will become quite apparent as you start flying closer to the ground. The environments are also lacking some detail, with only a few environments, particularly the city levels, giving any sense of scale. The jet and other aircraft models appear to be accurate and for the most part look good. You'll be able to see all of the little panels and airshafts on each craft as well as the pilots. The frame rate remains steady throughout most of the game, but considering that the PlayStation 2 hardware is actually rendering relatively little detail, this is hardly surprising.

As you might expect from a Sega-AM2 game, Aero Elite's soundtrack is mostly made up of guitar-laden '80s-style rock. While this may sound completely absurd to a vast majority of people, it actually fits the game quite well, and any fans of the film Top Gun will probably feel right at home. The sound effects are pretty standard for a game of this type, with the usual sounds of gunfire, missiles, and radio chatter throughout much of the game.

There isn't anything particularly spectacular about Aero Elite: Combat Academy. Its arcade mode is pretty standard, and the missions, while not entirely bad, just don't offer the excitement or thrills that a flight combat game should. Still, the game offers quite a bit of replay value in the form of unlockable craft and varying types of missions that focus on individual flight skills. There's also a versus mode where you can go up against a human-controlled opponent. In the end, if you're looking for a flight combat game for the PlayStation 2, then you should probably lean toward purchasing Ace Combat 04, but if you've already given that a whirl, then Aero Elite may prove to be a good rental. 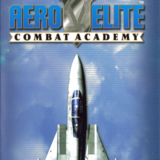 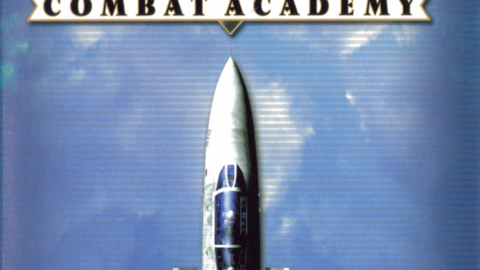 You'll find that the controls are just a little too sluggish, making it feel as though you're driving a run-down school bus instead of a quick and nimble jet fighter or helicopter.