Adventures of Lolo is a highly addictive puzzle game that's over way too soon.

We call Tetris and Puzzle Fighter "puzzle games," but they actually focus more on shape manipulation than on genuine puzzle-solving. Adventures of Lolo, originally available for the NES and now available for the Wii's Virtual Console, is a real puzzle game. And don't let its 8-bit looks fool you--it's also very fun and very addictive.

The object of the game is to work through 50 rooms in a castle in order to rescue Lolo's girl, Lala, from the devil's clutches. Each room is laid out with floor tiles, boulders, doorways, and various monsters. Some monsters move around, others hurl magic at Lolo from afar, and some just sit there blocking the way. Your job is to move Lolo around and collect the heart boxes scattered throughout each room, use the items contained within them to get rid of key enemies and obstacles, and then grab the treasure that will unlock the door leading to the next room.

What makes Adventures of Lolo so fun and addictive is that the puzzles seem so easy to solve at first glance, but then they actually turn out to be challenging. The simple layouts, top-down viewpoint, and sluggish enemies will suggest one solution to you, which you'll quickly discover is impossible given the items that are available. You can use the hammer item to remove a single boulder, but which one do you smash? There's a key that you can use to open one of the two doors marked with an arrow, but which of the two do you rotate? Stone slabs can be pushed around and used to block the attacks from booby-trapped statues, but you have to be careful not to wall yourself in. All the while, monsters are roaming around and trying to eat you. Occasionally, you'll pick up a magic bullet that you can use to remove an enemy, but even that's not a permanent comfort since enemies eventually respawn.

Thankfully, the majority of rooms, while initially challenging, aren't that tough to solve once you figure out the way enemies behave and what obstacles you need to use items on. The continue and password features also let you attempt a room as many times as you need to, which is a big help toward reaching the final room after hours of practice, as opposed to days and weeks.

The game's only major problem is how brief it is. With only 50 puzzles to solve, you'll finish Adventures of Lolo in a day or so. But considering how addictive and fun the game is while you're going through it, you won't come away feeling like you were cheated out of 500 Wii points. 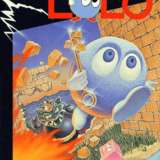 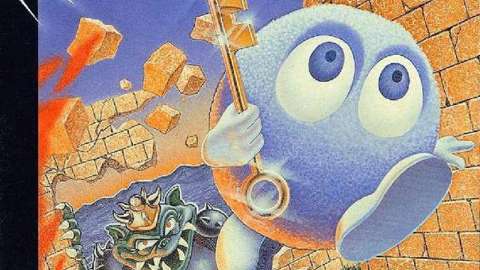