Advance Wars is both impressive and addictive.

Turn-based military strategy sims aren't a well-represented genre in the handheld market. In fact, other than Sacnoth's totally cool UK release of Faselei! for the NeoGeo Pocket Color, Nintendo's Advance Wars for the Game Boy Advance is the only strategy sim to make its way to a handheld in English within the last four years. It's been an excruciating wait, but the news is good: Advance Wars is both impressive and addictive.

Developed by Intelligent Systems, Advance Wars thrusts you into the role of a military advisor in the Orange Star army. The game opens with a diverse 14-mission field training exercise, which delves into all aspects of the game, including deployment, unit development, movement range, and fog-of-war navigation. Until you complete this mode, only the versus mode and link mode options are available from the main menu. The versus mode allows four-player competition with only a single cartridge on the same system, while the link mode enables both single-cartridge and multi-cartridge multiplayer options. Due to system-memory limitations, the single-cartridge link-cable option is merely a watered-down version of the overall game, with a randomly generated map and each player possessing only seven units. To experience a full-featured multiplayer game, all four players must purchase their own copy of the game, or they must all play on a single system using the versus mode.

After you get your feet wet in field training, five additional menu choices become available: campaign, war room, stats, battle maps, and design maps. The single-player campaign offers a nonlinear quest through all four nations of Alara, a war-torn continent. In all, there are 30 potential missions to play and eight commanding officers (COs) to control. After you complete a mission, you can replay it in the game's war room, or you can track statistics, such as wins, losses, and rank, in the stats area. As you advance in the single-player campaign, your progress is graded and you're rewarded with AW coins, which you can later spend in the battle-maps store to purchase additional maps and COs for the game's versus, war room, and multi-cartridge link modes.

As if the 150 different maps in the game's multiplayer and single-player modes weren't enough, you can also create, save, and trade your own maps using the design-maps option. The editor is chock-full of terrain, unit, and battle-condition choices and ensures that even the most stalwart map designer will have free reign over his or her imagination. The cartridge has room to save only three maps, however--an unfortunate, albeit tolerable, shortcoming.

Just as Advance Wars has an overwhelming plenitude of options and features, the game's overall design is one of easygoing complexity. Anyone can play this game, provided you start with the basics and work your way into more advanced situations. As a CO, you start with a number of units under your control. During your turn, you can move them to locations within their movement range, attack enemy units, merge two units together, command troops to capture cities, or purchase new units from your land, sea, and airport bases. At the end of each turn, units resting atop allied cities and bases are repaired, while money is accrued for each city under your control. In all, there are 18 different units, separated into four distinct categories: troops, land vehicles, aircraft, and sea vessels.

Although every unit comes standard with 10 stamina points, each has its own specific limitations on armor, movement, attack range, and sight. For example, infantry and mechanized troops can move only short distances and must attack adjacent enemies, but they are also the only units that can capture cities or bases; APCs have thick armor and can transport troop units a great distance, but they have no attack capabilities of their own; and bombers have excellent range and insanely killer firepower, but they have very little armor and are especially vulnerable to antiaircraft guns and missiles.

Mixed in with the unit strategy, terrain type and morale level also affect your units' movement, sight, and attack capabilities. Mountains, forests, and reefs offer a defensive boost and an increased sight range, but it takes longer to traverse them, while highways offer a speed advantage to land vehicles, but only at a cost of higher vulnerability and narrowed sight. If you're playing with fog of war enabled, you can also hide units within forests and reefs for an added element of surprise. Morale is a factor to consider, as it gives attacking units a slight strength advantage over those on the receiving end. This alone can turn the tide of many battles, because it can help you gang up on enemy tanks with cost-efficient antiaircraft guns and jeeps.

Overall, Advance Wars is a highly balanced game that is easy to learn but full of strategy. Whether you excel with land, sea, or air units, you can usually find a way to exploit your own inherent strengths in battle. To make the game more interesting, however, the commanding officer you choose will also bring his own distinct strengths, weaknesses, and CO power into the equation. Andy, the first CO you'll play with, is average in all respects, but his CO power, hyper repair, is a formidable ability that can repair all allied units by two stamina points. Eagle, another CO, is known for his superior air units, but he earns most of his reputation from his CO power, lightning strike, a skill that lets all of his units attack twice in the same turn. Thankfully, CO powers are difficult to abuse, as they often take between three and eight turns to recharge, depending on how many cities you capture or how many enemy units you destroy in the meantime.

In general, the goal of each mission is to defeat the opposing COs--either by wiping them out or by capturing their headquarters. The grade for each mission is broken down into three categories: speed, power, and technique. Speed is a measure of how quickly you complete each conquest, while power and technique are interrelated indicators that gauge how many units you amassed and how many were ultimately destroyed. As you can see, only a balance of the three skills will earn you an 'S' rating at the end of each level. Good grades, such as S, A, and B, are important, because they influence how many AW coins you earn after each battle, which in turn affects how many maps or COs you can purchase in the battle-maps store.

Considering all the modes, maps, COs, and strategy packed into Advance Wars, it's rather remarkable that the game looks as gorgeous as it does. Before each mission, manga-style character artwork sets the scene, eventually giving way to a soft-colored top-view map that is populated with hundreds of crisp, highly animated units--all with nary an instance of slowdown or flicker. Incidentals such as flashing tower lights and crashing waves on shorelines also give the game an aura of realism, but the true elegance of each battle is only realized during unit-to-unit confrontations, when animated cutscenes show the explosive nature of war.

In terms of audio, Advance Wars isn't as thrilling to listen to as Castlevania: Circle of the Moon or Mario Kart Super Circuit, but it's nevertheless pleasant. The same bass-laden background music accompanies each battle, while there are separate themes between each single-player mission and for the menus. In general, the music is catchy and solid, though a bit heavy on the dramatic backbeat. In-game sound effects are the standard array of tread, missile, and machine-gun samples that you've no doubt heard from a plethora of other games in similar genres.

Boil it all down and the one word that comes to mind is "great." Advance Wars is deep and easy to learn, and it contains a level of replay rarely witnessed in handheld gaming. Whether intentional or not, Nintendo and Intelligent Systems have created the consummate handheld strategy sim by which all others will now be measured. 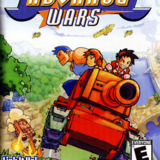 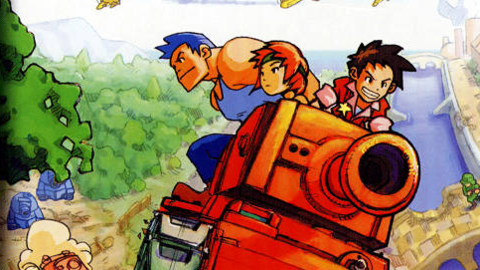 Advance Wars is both impressive and addictive.