While early adopters of the import version might have had a lot to look forward to in the US release, Ace Combat 3: Electrosphere arrives on our fair shores gutted of the few qualities that made it attractive in the first place.

Namco's Ace Combat has a reputation for quality that is practically unassailable. The first game was a flawed but functional arcade-style shooter (which is Namco's forte, after all), but the second episode was such a substantial leap in quality (comparable to the leap from Ridge Racer Revolution to Rage Racer) that everyone sat up and took notice. Ace Combat 2 was extremely playable: It had a multitude of missions, branching paths, and a wide array of planes to earn depending on the paths you took and your level of success, for which you were given a score at the end of each level. Seeing as how Ridge Racer Type 4 was the expected logical step forward in terms of playability and graphic expertise, surely then, so too must Ace Combat 3 be.

Yes, the game reeks of high production values, this much is true. However, the double-disc set of high-quality animation, as evidenced by the import version's stunning opening cinema, has been chopped from the American release. Considering the copious lead time Namco Hometek (Namco's US division) had with the game, one would have assumed that translation of the dialogue was taking place. Sadly, this is anything but the case. The original animation featured throughout the game showed cutscenes and mission briefings outlined in glorious detail between each successful sortie. Now, the game merely offers a text-only screen that gives you a simple outline of your mission objectives. While most US gamers will never know what they're missing, to someone who's played the import version and hoped to enjoy the storyline in English, this is nothing short of heartbreaking.

The graphics have taken an incremental step forward over the second game, with lush light sourcing, cleverly hidden horizon draw-in, sexy aircraft designs (once you've unlocked the better jets of course), and nice environmental effects. Due to the wide-open nature of the game, the graphical upgrade has less of an impact than that of watching the Ridge Racer series mature, but the game is pretty, there's no doubt about that.

The sad thing is how predictable the game turned out. Despite the presence of certain path selections, the game is primarily a linear experience. Unfortunately, despite the efforts made to create the complete Ace Combat experience, the game suffers in spite of them. Here's why.

Anyone who has had the pleasure of playing Ace Combat 2 will be disappointed with the modifications to the control scheme. Bizarrely, the controls have taken a step toward being more sim-like, defaulting to the same setup found on Ace Combat 2's expert control setting. Setting AC3's control to easy mode won't help restore that arcade-like control, either. In both modes, the R2 and L2 buttons control left and right banking, along with the D-pad or analog pad, naturally. The L1 and R1 buttons control the thrust. If using the Dual Shock pad, you use the left analog to control steering (although it might seem fairly sensitive to some), while the right analog controls the exterior view. By pressing the right analog stick, you can view your ship from virtually any exterior angle you want, in a full 360 degrees. The usefulness of this feature is suspect, however, since the purported reason for being able to check bogies on your tail looks better on paper than it does in practice. Anyone with a decent understanding of their radar screen will outmaneuver any opponents in a dogfight anyway. This feature actually becomes a detriment when you're in hot pursuit or being pursued. While thrashing the controller around, your right thumb may accidentally rub the right analog stick, causing your view to swing wildly to an isometric view (for example), or perhaps you'll find yourself looking at the profile of the plane. Either way, this alone makes for some extremely frustrating moments while navigating this game, and it happens more frequently than you might imagine. Secondly, the planes aren't nearly as maneuverable as they were in the last edition of Ace Combat. Some planes, such as bombers, naturally, cannot do barrel rolls, but somehow the controls seem needlessly fussy for a game so clearly indebted to its arcade origins.Yes, the game screams of quality and class, which is what we have come to expect from Namco. The soundtrack is an exhilarating blend of the subtle and not-so-subtle techno/electronica compositions that Namco games seem to favor. The sound effects are detailed and expansive given the nature of the game. Naturally, the in-cockpit ambiance is decidedly different from the sounds you hear when playing in the third-person mode. There is also a high replay value, although that too is subject to your own personal tastes. Like the second AC, this game takes you on different paths depending on your actions in the game. These branching paths will make playing the game in all three difficulty modes a different experience each time you play. Before each mission you can also choose from a selection (usually two) of weapons to outfit your aircraft with. Usually these choices are limited to a machine gun or a supply of heat-seeking missiles, all with varying names. Sadly, you'll never want to pick the far more exciting Vulcan (machine gun), since it's so difficult to hit anything with. Lock-on missiles, being the surefire way to finish missions quickly (thereby improving your score), will almost always be the first and only choice.

Again, despite the missions having a you-decide-your-own-destiny approach to them, the game feels incredibly linear. You are shuttled off to mission after mission, with the occasional "let's try landing the plane" exercise, which is undermined by the fact that you can have the autopilot do it for you. But whether you choose to use the autopilot or try to land the plane yourself, you will be given no accolades or penalties. This linear feeling you get makes the game feel claustrophobic within the confines of the game, especially since some of the missions are just boring. That's the problem with this game - it's just boring. There never seems to be any real "combat." It's more a case of catching up to the chickens in the sky and sending a heat seeker up their tailpipes. The end result is a game with very little incentive to play despite the high-brow intentions.

For fans of the first and second games, Ace Combat 3 might be disappointing to say the least. Certainly this game is more than the sequel-mania that has overtaken the PlayStation library like some cheap fad, but it's not what you would call a great game. While early adopters of the import version might have had a lot to look forward to in the US release, Ace Combat 3: Electrosphere arrives on our fair shores gutted of the few qualities that made it attractive in the first place. 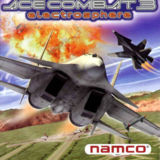 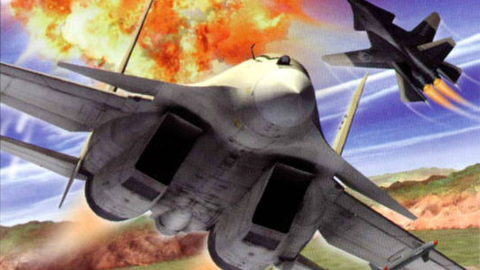 While early adopters of the import version might have had a lot to look forward to in the US release, Ace Combat 3: Electrosphere arrives on our fair shores gutted of the few qualities that made it attractive in the first place.