I'll be the first to admit it: I really didn't like Air Combat. It was one of the first PlayStation games, and it just lacked anything interesting. The dogfighting was boring, the missions were dull, and the game was too short. Ace Combat 2 fixes every single problem that troubled the first game. The only thing that slightly mars this otherwise amazing game is the difficulty level. Sure, there are a lot of levels, but most of them are very easy. The result is a great game you'll be done with in about two days.

Ace Combat 2 puts you in the cockpit of tons of different planes, including the F-4, F-16, SU-35, F-22, F-14, and MiG-21. Each plane has its own strengths and weaknesses and is rated in several categories, from maneuverability to ground and air attack strength. You start out with weaker planes and must save your combat pay to purchase the more expensive, and thus better, jets.

The graphics and movement of Ace Combat 2 look very nice, save for a little bit of pop-up and pixelation when you fly close to the ground. The use of textures gives the game an almost photo-realistic quality, and the entire game moves very fast. Even in cluttered surroundings, the frame rate stays up around 30 frames per second.

The game is mission-based, with objectives ranging from "blow up all the bombers" to "fly into a base's exhaust port, Star-Wars style, and blow the damn thing up." Occasionally, you have a choice of a few different missions, but generally the game leads you down the same path each time. There are over 20 missions in all.

The US version of Ace Combat 2 is nearly identical to the Japanese version, so if you've already picked up an import copy of AC2, you can skip the domestic release. For those that want to get the best experience out of the game, be aware that the game does support the vibration feature contained within Sony's Japanese Dual Analog Pad. It is still unknown if the US release of the controller will have the shaking circuitry at all, so you may want to seek out an import controller. 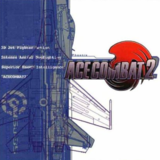 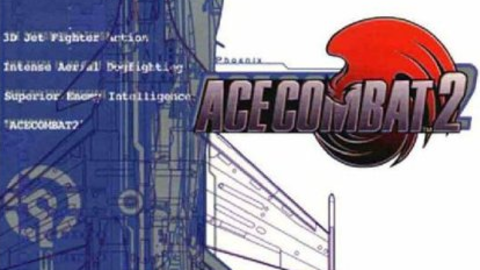