The AC/DC Live: Rock Band Track Pack is a short but sweet experience that leaves you feeling like you didn't get a Whole Lotta Rosie.

Rock groups don't get much bigger than AC/DC. The Australian hard-rock act has churned out 17 studio albums over 30 years, including one of the highest-selling albums of all time, Back in Black. With that kind of success, it's a no-brainer that Harmonix signed the Thunder From Down Under for an exclusive game all to themselves, following the inclusion of "Let There Be Rock" in Rock Band 2. However, though the songs on AC/DC Live sound and feel amazing to play, with only 18 songs (the setlist from the band's famous Live at Donington DVD), no special features, and fewer modes than either Rock Band or Rock Band 2, this game feels very much like a dirty deed done dirt cheap.

Despite bearing the name and soundtrack of AC/DC's feted Donington Park gig, the game provides no visual indications that it has anything to do with either the band or the venue. While you're playing, the screen is simply graced with generic Rock Band band members playing a generic stage. Since there are no Brian Johnson, Angus Young, or Malcolm Young character models to be seen, the only indicator you’re playing an AC/DC game is the band's iconic sound.

However, you do get some bang for your buck. The game sells for a budget price of £24.99 in the UK, or $29.92 exclusively at Wal-Mart in the US, and the tracklist should keep any AC/DC fan happy. It comes as no surprise that the audio quality is again top-notch, with the game receiving a remastered overhaul of the Live in Donington concert. Rock Band doesn't get much better than being able to rock out to classics such as "You Shook Me All Night Long," "Back in Black," "Thunderstruck," "Highway to Hell," and "For Those About to Rock (We Salute You)." Regardless of whether you're assigned to lead guitar, vocals, drums, or bass, the result should be a wide grin on your face. The highlight for many fans will no doubt be playing some classic guitar riffs as Angus, although if you're up for some screaming, Brian Johnson's vocal part is also a pleasurable--albeit raspy--experience. Brilliant beats and self-indulgent drum fills make fan-favourite tracks like "T.N.T." and "Thunderstruck" must-plays and provide a truly visceral drumming experience.

Unfortunately, you can't play Malcolm Young's rhythm-guitar parts, which is a disappointment considering how instrumental he is to the band. Instead, as with Rock Band itself, you'll have to settle for bass if you're not on lead, vocals, or drums. Because it's based on a live performance, AC/DC Live also has some of the most ridiculously long ending bonuses seen, most noticeably in "Let There Be Rock." There's the chance to rack up some serious points (and some aching muscles) in the dying moments of a song. AC/DC Live doesn’t feature its own dedicated World Tour or online modes, but by redeeming a free one-time code printed on the back of the manual you can export and use all 18 tracks in your Rock Band or Rock Band 2 career and multiplayer modes just as you do current DLC.

AC/DC Live's lower price and the ability to export songs to other Rock Band games makes up in part for the lack of content and shorter experience. However, it still feels like this game has squandered an opportunity to capitalise on the rich history that an iconic band such as AC/DC has, as well as the specific content offered by the AC/DC Live branding, given the amount of material on the attendant DVD. If you're a fan, you'll certainly get some thrills out of it, but it's not the definitive experience that it could have been, and casual fans of AC/DC and Rock Band will find that their money may be better spent elsewhere. 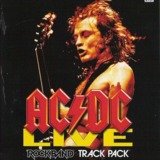 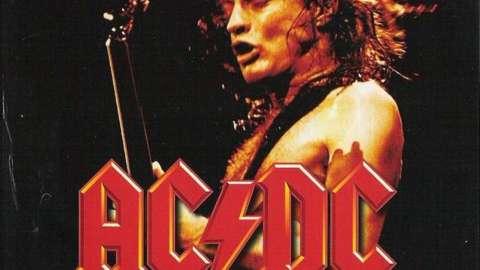 Released exclusively through Wal-Mart, the first band-centric game from MTV and Harmonix focuses on the legendary Australian rockers, featuring 18 songs and 99 minutes of music in a stand-alone game.