There's no other game quite like Absolver. Parisian indie developer, Sloclap, has defined it as an online melee action game, which is appropriate but doesn't quite tell the whole story. Dig a little deeper and you'll uncover an intriguing marriage between 3D fighting games, deck builders, and online open-world RPGs, with a broad spectrum of influences ranging from Tekken, to Dark Souls, God Hand, and even Journey. It's a curious transmogrification of contrasting genres, yet it's Absolver's third-person brawling, and the unique Combat Deck, that form the game's beating heart.

Your journey in Absolver begins when you arrive in the collapsed empire of Adal. Despite its modest size, this once thriving civilization is impressively varied. Whether it's the vibrant colours of the verdant Hunter's Path, the orange hues cast by the setting sun at Bird Callers Outpost, or the muted tinge that envelops the swamplands of the Forgotten Temple. Its cities and townships, too, are refreshingly diverse: the architecture is inspired by ancient cultures like the Vikings and Greeks, with large wooden halls sitting in stark contrast to the opulent white marble of the Tower of Adal. The clean, delightful simplicity of Absolver's art design--and its use of eye-catching colour--establishes cohesion between these distinct locales that gives Adal a crucial sense of place.

Yet the beauty of Absolver's lush greenery and glistening waterfalls belies the weary souls left behind in Adal's crumbling ruins. These solemn warriors failed on their search for absolution, and you'll hope not to succumb to the same fate.

As a fresh-faced Prospect, your goal in Absolver is simple: defeat a series of mini-bosses known as the Marked Ones to gain entry into the Tower of Adal. Once there, you must fight your way to its summit, and face off against one final boss to prove your worth and earn the right to join the vaunted ranks of the Absolvers. This expedition isn't quite as straightforward as it sounds, of course, especially with so many battle-hardened warriors standing in your way. But the story in Absolver doesn't stretch itself much beyond this singular quest. There are some sprinklings of lore imparted by the few friendly NPCs you encounter on your travels, but the narrative is relatively minimalist. In truth, Absolver's tales will permeate from those who play it, manifested in the fighting styles they build themselves.

You see, combat in Absolver is fully customisable. As you explore the open-world of Adal, you'll wander into skirmishes and accrue attribute points that can be spent on levelling up familiar stats like strength, dexterity, vitality, and so on. As you engage in combat, however, you'll also gradually learn new moves by blocking, dodging, or parrying unknown attacks from your opponents. You start off with only a handful of moves, but there are 180 in total, and the only way to learn them all is by fighting enemies and other players that use them, or by joining a school where a highly ranked player can take you under their tutelage. It's a curious system that in some ways apes real life, as you learn new techniques simply by observing others. It also guarantees that even if you're fighting with no real objective in mind, there's a high chance you're going to make some progress towards unlocking new moves that can then be incorporated into your ever-growing arsenal.

This assortment of moves is displayed in Absolver's Combat Deck. Although you pick a fighting style at the game's outset that comes complete with its own defensive maneuvers and preset combos, you can go into the Combat Deck at any time and build your own moveset to completely alter the way you fight. In practice, there are four different combat stances that represent your orientation relative to your opponent: front left, front right, back left, and back right. Each move begins and ends in one of these stances, so if you map out a sequence of moves correctly, you can chain together long strings of combinations that elegantly flow from one stance to the next. You might begin a combo in the front left stance, throwing a couple of quick jabs that end in a guardbreaking palm strike and shift into the bottom right stance, enabling you to unleash a flurry of powerful kicks on a staggered foe. With various properties applied to some moves, and power, range, and speed benefits to consider, there's a lot to sink your teeth into. It's an unparalleled combat system that's immensely deep and provides a wonderful sense of ownership over your character.

There's a rhythmic beauty to the way the action flows that's entirely predicated on your timing. Button mashing is out of the question here; this is a graceful dance to the death, with thunderous uppercuts and balletic roundhouse kicks taking the place of pirouettes and allegros. When you perfect the timing of a sequence, it almost feels too good to be true, like you're part of an elaborately choreographed fight scene. You start mixing in deceptive feints to throw off your opponent's timing before striking back with brutal counter-attacks, and using dodges or parries to swiftly keep out of harm's way, while always being mindful of an ever-depleting stamina bar that governs every action. There's a palpable sense of weight to each sundering blow, too, so it feels satisfying when a forceful attack connects with a bone-shattering impact. Not to mention how rewarding it feels to put away an opponent with a sequence of attacks that's wholly your own.

And that last point is especially pertinent when it comes to fighting other players. Going mano-a-mano in competitive 1v1 duels regularly conjures Absolver's most thrilling moments. The combat really springs to life when you're staring down another player, wondering what surprises they have lurking within their Combat Deck. And it's here where Absolver most closely resembles a traditional fighting game. Matches are decided by whoever's first to three wins, with bespoke battle arenas disconnecting these brawls from the open-world. There's an exciting back-and-forth to these encounters as you get a feel for one another's movesets. And the dynamic of the fight often evolves over time, as you attempt to get a handle on your opponent's strategies and look for ways to counteract them or fail in the process. It's engaging stuff, but there is a downside.

While the combat in Absolver is predominantly fought hand-to-hand, weapons do make occasional appearances. Their inclusion in these 1v1 duels, however temporary, is unfortunate, as they feel overpowered and can hastily flip the landscape of a fight on its head. There's a risk and reward aspect at play, as weapons can be dropped and snatched up by your opponent, but at launch, a player brandishing a sword doesn't seem particularly balanced, and diminishes some of the enjoyment of these otherwise tense bouts.

The clean, delightful simplicity of Absolver's art design--and its use of eye-catching colour--establishes cohesion between these distinct locales that gives Adal a crucial sense of place.

Elsewhere, the rest of Absolver's multiplayer is seamless, with up to three players able to passively enter your game at any given time. You can choose to ignore them (and Absolver can be played offline), team up for cooperative PvE, or fight against each other in friendly sparring sessions. There's no real punishment for dying, which grants any player-on-player fisticuffs an air of lightheartedness. And with no text or voice chat to dilute the experience, it's easy to develop an unspoken bond with those you meet on your travels.

Cooperative play is spoiled somewhat by the messy nature of Absolver's multi-person brawls, however. When you're in a group, most fights are trivialised as you simply gank your targets into submission. And when you're on your own, their chaotic and defensive nature is a disappointing far cry from the finesse and purity of its one-on-one battles.

Absolver has a few problems, then, yet they're not impactful enough to take away from its unique strengths. There's a significant challenge involved in learning Absolver's combat intricacies, but it's the kind of struggle that rarely frustrates. Defeat is part and parcel of the experience, but your demise always teaches you something new that you can take with you into the next battle--and Absolver's deep, nuanced combat always finds ways of enticing you back for one more fight.

View Comments (66)
Back To Top
8
Great
About GameSpot Reviews 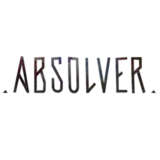 Richard spent over 15 hours with Absolver, and is currently trying to rank up enough to open his own fighting school. GameSpot was provided with a complimentary copy of the game for the purpose of this review. 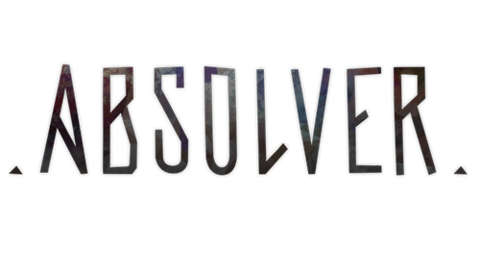 Absolver puts players behind the mask of a Prospect, who has taken a sacred vow and chosen to join the Absolvers, an elite corps of combatants fighting to maintain stability in the world.