Monday night football - a sports tradition that draws 50,000,000 viewers every week. First broadcast in 1970, the games have become a showcase for some of the greatest players and coaches in NFL history. And it's not just the action on the field - it's really the action in the announcer's booth that has made it more than just a game. ABC's Monday Night Football game does an excellent job of capturing the look and feel of this spectacle, but reveals a few rough edges in the process.

The game's Virtual Broadcast Booth is the main control center. From this screen, you change teams, game options, weather, camera angles, etc. OT Sports presents you with extras such as pre-game commentary from Al, Frank, and Dan. Lynn Swann can be called on to provide reports from the sidelines. You can create your own highlight reels from the booth, or jump to the studio for Chris Berman's insights. From there, it's off to the field…

ABC's Monday Night Football's game interface consists of pop-up play-calling windows. You can choose from a wide variety of sets, formations, and plays. The manual says that playcalling should be intuitive… and so it is. If you suddenly have the urge to alter actions, a couple of mouse clicks can change assignments and coverages. Overall, the interface gets high marks for ease of use.

The game looks good most of the time, but seems to play slowly, even despite its installation of DirectX 3. Players became very pixelated when close to the camera. And while you do have eight camera angles to choose from, there's no way to customize them. Although the sound effects are only average, the color commentary adds significantly to the flavor of the game.

In the end, though, the strength of this game lies not in the graphics or the sound, but in the gameplay. The computer plays a good bit better than the average computer opponent. ABC's Monday Night Football also has an action mode, though you would be hard-pressed to learn that from the manual. With the exception of one paragraph on calibrating your joystick, this mode is undocumented. Don't worry, you're not missing much - the game functions better as a coaching simulator.

With all of the football games on the market, a program must do something special to stand out from the crowd. ABC's Monday Night Football presents the entire television experience as its angle… and it works. You can't expect much more than that. 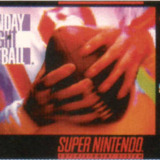 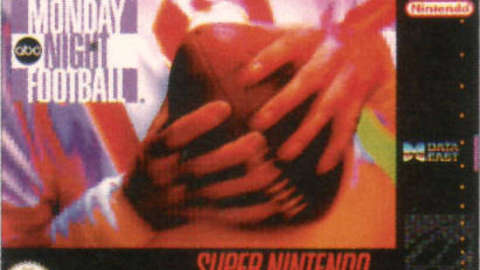