Some say that there is no such thing as love at first sight--that initial attraction and infatuation appeal only to our aesthetic pleasures, and that true love only rises when passion no longer clouds our judgment. Romantics and idealists may dismiss the notion, but the deep-rooted frustrations of Aaru's Awakening may drive them to reconsider their sentiment. This unusual game craves your affection, each of its radiant hand-drawn environments singing love songs until you're entranced. You may initially fall for this superficial beauty, but the game soon reveals its true form as a vindictive suitor, grossly untrustworthy in its controls and devoid of the fundamental assets of any good platformer. I am sorry, Aaru's Awakening, but I must cut this relationship short, and I am afraid it's not me: it's you.

I offer no insight into Aaru Awakening's actual development process, but it's easy to assume that visuals were prized over all other elements. Even the hub from which you access the game's levels is ravishing. It exquisitely represents the passage of time from dawn to night, each quadrant of a central orb depicting an abstract landscape that looks drawn by colored pencil. Within the side-scrolling stages, cross-hatching and asymmetrical markings provide texture and depth, while moving elements like lava floes and falling rocks are drawn frame by frame. It is through these techniques that Aaru's world comes to life underneath its unnatural magenta skies.

The playable hero is Dawn's champion Aaru, a bearlike creature with a mane that stretches from head to tail, and he, too, moves with a charming hand-drawn inelegance that befits his illustrated world. Alas, the gracelessness of movement that makes Aaru initially joyous to watch in action becomes the game's most prominent failing. When a platformer requires finesse and quick response, as Aaru's Awakening frequently does, fluid animations and controls are vital. Aaru is anything but fluid, however, changing positions mid-air with all the precision of a sloth that has been dropped from a fourth-floor window. Aaru would be a delightful hero in a meandering adventure, but Super Meat Boy he is most certainly not.

As if to make up for his lack of leaping prowess, Aaru can rush ahead in a single whoosh, and can also propel an orb from his body that he can teleport to--and it is around these two mechanics that most of Aaru's Awakening's maddening puzzles are formulated. Navigating the game's spaces is a trial in and of itself, due to a wholesale absence of genre basics--the kind of basics we take for granted in the best platformers because of their ubiquity and necessity. We expect to be able to quickly identify what objects are collidable and which are background art, for instance, particularly when we need to make snap mid-air decisions. Here, the foreground and background blend with the gameplay layer. Is that branch sticking outwards a platform, or just a visual detail? Will I pass in front of that barrier, or will I collide? That Aaru's Awakening requires you to even ask such a question rather than for you to immediately know is a colossal problem.

Without the fundamentals in place, any cleverness apparent in Aaru's Awakening's platforming challenges dissipate. What the challenges may even be is often a secret until you are dropping from a great height when the platform beneath you crumbles, or when a ramp has propelled you forward. You may not be able to tell whether you will fall to safety, or impale yourself on a bed of spiked rocks, until gravity makes the decision for you and the spikes rise into view, too late for you to do anything but succumb to death. Now you know for the next time--but when you bear the burden of this game's inconsistent movement and clumsy animations, it's difficult to build enthusiasm for a next time. And that's an issue: Aaru's Awakening is, by design, a trial-and-error platformer in which you shave off as many seconds from your completion time as possible. Your reward for success is the chance to show off your skill on the game's online leaderboards. I might have enjoyed chasing the competition had the challenge been to overcome tricky puzzles and perform perilous leaps, rather than to wrestle with my controller.

Putting down the controller is an option, though it's natural to reach for a gamepad when playing a platformer. Aaru's Awakening's controller support is not ideal, however, assigning the default jump move to an analog stick rather than a button. You must also activate the controller in the menus before you can use it, and should you unplug it during play, the game may stop responding to any input, even if you plug the controller back in. Regardless of your control method, the maddening levels may drive you to smash your hardware. The Dusk boss fight, for instance, requires that you rush across a series of platforms, some of which crumble, and some of which drop and then rise towards the spiked ceiling. You must teleport into the globes that float in this stage as well as avoid the poisonous river that waits for you at the bottom of the screen. Aaru's awkwardness turns what might have been an exciting sequence into a mess, during which you must perfectly execute your dashes and perfectly aim your teleport orbs at the proper angle within unimaginably narrow time gaps. There's no fun in the trying, and thus no fun in the succeeding.

Yet Aaru's Awakening hints at fun. You fire your teleport orb past a beam of scorching light, teleport again by angling your orb into a thin, winding passage, and an arcing ramp flings you into the sky. What a rush this moment is--a rush then halted when you land in the pool of lava that didn't appear until you were six inches above it. You destroy a hideous colossal housefly by teleporting inside of it--what a fantastic idea!--only to drown moments later because you must blindly teleport, not knowing what you might find until you've closed the deal. Aaru's Awakening is a dreamy display of artistic imagination that yanks you back to waking life with every awkward leap and every ill-conceived level.

View Comments (20)
Back To Top
4
Poor
About GameSpot Reviews 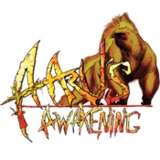 Kevin VanOrd is currently playing Rayman Legends, whose fluid gameplay provides a sharp contrast to Aaru's Awakening's clumsiness. He played Aaru's Awakening for about five hours, two of which were spent trying to finish the game's third boss. 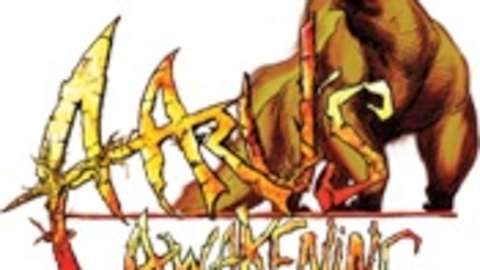 Aaru's Awakening is a 2D action platformer where you are the champion of Dawn, Aaru who must complete missions and explore the world of Lumenox using Aaru's highly mobile skills, teleportation and charging.