Play, not to win, but for the sake of playing.

To venture around the globe on the whim of a wager is an exciting premise, but it is truly the stories you uncover along the way, rather than the end goal that make 80 Days a delight to play. It's a narrative adventure where you take the role of Passepartout, the devoted French manservant of one Phileas Fogg--the character who famously circumnavigated the globe in 80 days in the classic Jules Verne novel descriptively titled Around The World in 80 Days. Verne named the character after the real-world adventurer Wiliam Perry Fogg, however, as we come to learn in this reimagining perhaps his servant should have been the one to inherit the famous name.

There is no dallying as you are informed through lines of text that your master has taken on quite the wager and you are to travel the globe. Immediately you are introduced to most of the central mechanics. You're instructed to pack your bags, giving you a look at the item management system which presents itself in a grid-based format, fitting things into as many suitcases as you can currently afford to carry. Then stretches of paths are presented to you with lines that extend across a globe, though the first one is the brief journey from your starting point in London to the first stop in Paris. It's in France where you are given your first introduction to story and its branching choices--you can choose to explore or tend to your master, but the main goal is to try to uncover more routes to continue your journey. What makes the game interesting are the adventures and stories you'll find along the way.

You quickly discover the great Phileas Fogg, while not necessarily a bad man, is a financier rather than an adventurer. The choices are all yours, and Fogg is more something to manage in the background. Keeping him happy and safe is a metric, and while you might come to care for him, it's clear very early on that this is your adventure, not his.

In the early game, you are eased into the process of selecting and embarking on routes and taught the benefits of items, such as being able to haggle for an earlier departure time thanks to your dapper dress. The icons are all clear and intuitive and I never felt lost for what to do thanks to this simple introduction, but I did notice that some of the game's later intricacies were left for me to figure out on my own. It was ultimately rewarding, though did make me wonder about previous missed opportunities.

Despite conveying most of its information in plain text, 80 Days uses its words to paint a vivid picture of a bustling steampunk world where art and fashion mix with wild technologies. Everything is written from the perspective of Passepartout's diary explaining the events, and sometimes he'll even make reference to writing those very words. You can choose how the story unfolds or alter his perspective on some things, but his character still holds firm throughout. It's a delicate mix of maintaining a sense of ownership and agency while not working with a blank slate, and the game ultimately balances the two sides well. The further and more broadly you travel, the more you can learn about this world, the politics, the wars, the technology, and perhaps most importantly, the people through his memoirs.

The one downside to the stylish yet simplistic presentation was that finding my place on the in-game map was sometimes quite tricky. When you are looking to travel, you are presented with your location on a globe and every path you've unlocked from that point. However, it was easy to get turned around or not be sure which direction I needed to head next. This was in part because the seas and the lands are a similar color, and in less familiar parts of the world, I wouldn't be sure what I was looking at until I zoomed out and got my bearings. Locations tended to bleed together, and it's difficult to get a real hold of where you are in the world if you're not familiar with the names of the particular cities you happen to be visiting.

It also took away slightly from the brilliance of the different cities, as many felt like a completely unknown quantity until entered and then were easily forgotten in the blur of travel. The game's most memorable cities, however, feel like lovingly crafted interpretations with a mix of true-to-life inspiration and often fantastical elements. I often found myself eager to move on to new places I was familiar with in the real world just to discover what kind of take this universe had on them. I experienced the wonders of the vibrant and technologically advanced Haiti, the secret self-dependent city at the North Pole, and ventured into the depths of the walking city of Agra.

The methods of transportation can be equally stunning. Due to the largely text-based nature of 80 Days you only get silhouettes of these conveyances, but these paired with Passepartout's notes are enough to open the mind to wonder. Sometimes travel was fairly standard, by ship or train. Others I'd find myself riding a giant mechanical elephant powered by some sort of inscribed crystal or the aforementioned city itself. I found myself approaching most things with a sense of awe.

You can alter the mindset of Passepartout's character to some extent as well, be it a somewhat stoic Frenchman who looks down at his nose at all other cultures or a man filled with romance and fascination. I chose the latter, and choosing to follow my heart often presented me with more choices to further my journey through additional sojurns, so having an adventurous spirit tended to pay off.

Frequently you are presented with these side adventures in which you can choose to divert your travels to help others or merely have a brief affair during a long airship ride. These aren't all good for you and your master, but they don't tend to be too punishing either. Once, I was captured by some sort of bandit tribe, but thankfully the woman in charge seemed to take a liking to Fogg's gentlemanly charms and set us free. Another time I was on an expedition to the North Pole where we were met with sabotage. For days we were stuck in the blistering snow as I tried to keep my master alive. The music, usually cheerfully adventurous, if repetitive, turned off to make way for the bleak sound of whirling icy winds. It seemed we would die there. Thankfully, in my suitcase was a bottle of gin which helped get us a few extra days of life before we were rescued and managed to complete our travels. In retrospect however, I'm not convinced that we would have plain died without it--just opened up another path that ensured our miraculous survival.

Thanks to the lack of true danger, you're encouraged to explore these side missions at every opportunity. That feeling of safety meant I was happier to take risks and less worried when risks decided to take me. It evokes that sense of adventure that comes with a film where you're fairly sure all the characters will be fine, even if they do incredibly reckless things. It also tended to be during travel where the most interesting stories would occur. You may still need to seek some of them out, as there's always the choice to merely stay in your room while traveling by mass transit (though you can still potentially be abducted by bandits or affected by serious accidents) but the multiple days of journeying also allow for longer, more intricate branching trails. There's no chance of wasting time while you wait for your vehicle to reach the next city, so tackling these side stories while traveling alleviates the tough choice of diverting to explore versus trying to hit your 80-day mark back to London.

Thankfully, though, even that doesn't matter too much. In my first few playthroughs I felt pressured to try to return in good time and easily made it back at around the 60-day mark. Thanks to the wonders of the strange transportation in 80 Days, there isn't much challenge in achieving this primary goal though racing against the slow-moving clock isn’t what I found most enjoyable anyway--it was the stories and little goals I’d set myself to uncover new adventures. I’ll never forget my one night of magic with the enchanting emerald-eyed former slave, Octave, where amidst the romance I learned about his decision to return to his father who was also his former slaver, to work once again for the family that indentured him. Nor the days I spent in transport trying to keep two atrociously flirtatious women from corrupting my master in their competition for his affections to often slapstick comedic effect.

80 Days can also be relatively short, depending on how you play. I found most playthroughs to be around three hours; however, it's alluring to replay and take different paths, discover new cities or modes of travel, so it's almost best to think of 80 Days as a run-based game.

What is certain is that no matter your objective or playtime, you'll have an adventure worth writing home about. It's the stories you' uncover that makes 80 Days a joy to play. There's a constant sense of wonder in visiting these glorious cities and meeting interesting characters, and I'm eager to jump back in and see what kind of trouble I can get Passepartout into. Phileas Fogg is just going to have to damn well like it. 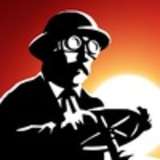 Hope hasn't seen anywhere near as much of the world as she did in 80 Days, but she is happy to adopt the glorious new head cannons the game provided. She spent 10 hours with 80 Days on Switch, completing three playthroughs. Review code was provided by the developer. 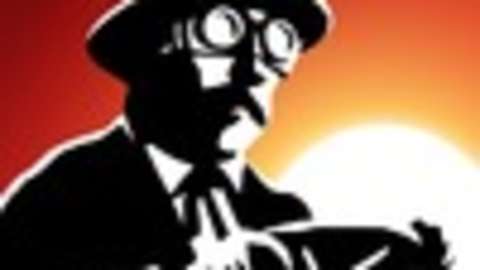 1872, with a steampunk twist. Phileas Fogg has wagered he can circumnavigate the world in just eighty days. Choose your own route around a 3D globe, travelling by airship, submarine, mechanical camel, steam-train and more, racing other players and a clock that never stops.