Is there any creature in fiction more emblematic than the dragon? Their presence represents power, chaos, and struggle, no matter which side of the conflict they’re on. The dragons in 7th Dragon III: Code VFD are no different: their coming is heralded by the appearance of a mysterious orange flower, and when they emerge, all other lifeforms cower in fear at their tremendous power--so tremendous that their capacity for destruction transcends time itself. But where there is chaos, there is also hope…and heroes.

Said heroes emerge in Tokyo in the year 2100. In this alternate history, dragon attacks devastated Earth in 2020. In the years that have passed, civilizations have been repaired, and people have cast aside their fear of the legendary destructive beasts. An enigmatic technology company called Nodens has created the hottest game of the new century, 7th Encount, a VR simulation designed to recreate the 80-year old tragedy. But when your group of gamers manages to conquer the VR world, you learn a horrible truth: the dragons have returned, and you’ve been chosen to take them on. In order to conquer these nightmare creatures, you’ll need to travel through time, discover the secrets of fantastic civilizations, and seek out a means to slay the 7th True Dragon.

7th Dragon III’s dungeons are presented from an overhead perspective, showcasing the game's beautiful environments filled with dazzling colors and stunning monuments--it's a shame the game doesn't support stereoscopic 3D. As you tread through dungeons, keeping an eye on the random encounter radar, your central obstacle will be the dragons: tough creatures that roam dungeons and can potentially invade other, weaker encounters. You can take on various sidequests while dungeon romping for rewards--and you’ll need every bit of help you can get to conquer the True Dragons that lurk at the end of the game’s chapters.

Character classes function in new and interesting ways that are unlike any other game out there. For example, the God Hand is a class that offers a lot of strong healing techniques--but they are also capable to doing some of the highest damage in the game if you can land a particular sequence of martial-arts blows across several turns. The Hacker, meanwhile, hides from attacks while hacking into enemies’ brains to control them and give them vulnerabilities to other attacks--which the card-wielding Duelist and the status-ailment-consuming Fortuner can piggyback off of.

There are a lot of potential team combinations across 7th Dragon III’s eight classes, though half of them don’t unlock until a later point in the game. Usually, this is a bit of a bummer in games like these--when you’ve got a good team dynamic going, it can be a pain to bring in a new class and learn their intricacies, especially if they start at level 1. Fortunately, once you’re into the meat of the game, you get the option to make a backup team. Backup teams gain EXP and skill points alongside your main team, making it easy to get them up to speed. They also play a valuable role in fights: backup members can charge up their skills every few turns, and once they’re ready, you can team up with them in a “buddy attack” that can break enemy buffs and bestow special skills. Once a certain amount of turns have passed, you can also command your whole backup team to give you a round of helpful buffs. And if you ever find your main team getting a bit worn down, you can always switch to a backup team between battles.

On its default difficulty, 7th Dragon III has a very reasonable difficulty curve. It’s not an easy game by any means: mobs can wipe you out if you aren’t paying attention, status effects prove very punishing, and a dragon creeping into a random encounter might absolutely wreck you. But there are a lot of concessions to make the experience a more comfortable one: save points mid-dungeon, special Emergency healing skills you can use outside of battle, a more generous item capacity, and the ability to retry a battle if you wipe--saving you the anguish of lost progress. 7th Dragon III steers away from kicking you when you’re down, making it a skill-testing experience that manages to avoid being frustrating.

There are plenty of fun little touches that lend 7th Dragon III its own unique character, as well. The futuristic setting with vibrant character art by manga artist Shirow Miwa stands out, as does the ambient techno soundtrack by famed game music composer Yuzo Koshiro. There are several memorable NPCs here: a nasty, foulmouthed boss bunny Nagamimi, a capricious company president Allie, and the charming but fierce rival to Team 13, Yuma. Killing dragons gives you points that you can use to upgrade Nodens HQ and unlock a ton of fun extras, like an in-game cat café (yes, really!).

Most notable, however, are the character romances. You can build bonds between your created party members and/or certain NPCs--including same-gender relationships--and even go on dates where characters will give each other beneficial gifts. It’s a great element and a wonderful way to have fun with the characters you've created while earning special items along the way.

There are a few annoyances, however: you can’t easily skip or fast-forward many cutscenes and battle animations, and it can be exhausting to watch the same combat scenes over and over during your quest. Some of the environments, while very pretty, are not particularly fun to navigate, with badly placed walls and needlessly long paths, which are tiresome even when you aren't being hounded by random encounters. And as good as some of the characters are, the base story is still standard fare: you’re not going to be surprised by much if you’ve been around the JRPG block a few times already.

However, even with a couple of quibbles, it’s hard to deny the quality of 7th Dragon III taken as a whole. It’s challenging without being frustrating, unique in both its visual and character class design, and remains an engaging romp from chapter one to the finale. 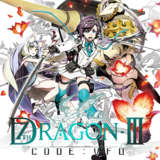 Heidi wandered in the world of 7th Dragon III for 50 hours, travelling all across time in the process. She has one burning question, however: why don’t male Lucier also have cute kitty ears? GameSpot was provided with a complimentary copy for the purpose of this review. 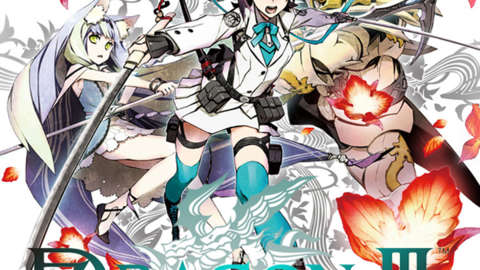