7 Days to Die understands what games in the survival genre strive for. Dumped in an unforgiving world, you're tasked with living; first for a day, then seven days, and then for as long as possible. The hurdles to your survival are numerous, and the tasks required to overcome those hurdles can require complete knowledge of scavenging, crafting and item use. The core appeal of a survival game, as tedious as it may sound, sees players analyze, prioritize and capitalize on threats and opportunities which present themselves in the game world.

So when you start 7 Days to Die on the morning of your first in-game day, you're told your top priority is to find wood, plant matter, small stones and more to create the basic items you need for survival. As you complete these tasks you find yourself kitted out with at least enough to get you through your first night--some clothes, a stone axe, a bow and some arrows--and then all guidance stops. You're left to your own devices; left to establish your own priorities via scavenging and exploration. This is the real 7 Days to Die experience.

Exploration is difficult. The world is full of nasty things like zombies, bears and traps. Watching out for danger while also managing your priorities like food and water is tough enough already, but it's made tougher thanks to needing to navigate to the character menu to see your current food and water levels. The exploration is hindered further thanks to the game's terrible graphics. Low resolution textures across the board make the game look ugly. Repetitive use of assets turn landscapes into a monotonous ocean of similar looking trees, grass textures, and rocks until you reach a new biome. Worst of all is the heavy-handed use of fog, which reduces the view distance to a few dozen metres at most. This means enemies can very easily get the drop on you while you scavenge. Bird nests, which have precious feathers, are drab brown discs usually found on the similarly colored ground (not in trees), and many times while I hunted for them, zombies would catch me by surprise by exiting the fog after I'd already determined I was safe.

The crafting system is menu-based, where you can craft almost any item provided you have the ingredients. Simply select the recipe, press up on the d-pad to build it and the game will (after some build time) create it for you. The exception here is that certain weapons require recipe manuals--if you want to make a rocket launcher, you'll need to find its recipe first. Scavenging is frustratingly difficult, as useful items are hard to come by. Instead you're forced to take what you can find--brass doorknobs, grain alcohol, rotten flesh--and do what you can to survive.

When the seventh day hits you'll find out if you have everything you require or not, because a horde of zombies will flock across the map and do their best to murder you. If you haven't found the recipes you need, the ingredients required and completed the defensive work necessary, you'll find yourself outmatched against significant odds as the zombies can find you wherever you hide.

On Xbox One, those odds really are nigh impossible. Disappointingly there's no aim-assist, which immediately increases the difficulty of the game compared to the PC version. Firing arrows at zombie heads requires pinpoint accuracy, an inherently more difficult task with a thumbstick without aim-assist. On top of that, instead of creating a menu system designed for a controller, the user interface simply uses the right thumbstick to control a slow-moving cursor. This is never more frustrating than when you find yourself in a town full of zombies and out of ammunition. Desperately trying to navigate your way through the menus to find the arrows recipe, then slowly moving your cursor across to the 'create all' indicator and waiting for an arrow to appear in your inventory is much harder and utterly maddening thanks to the terrible UI.

7 Days to Die looks significantly worse than its PC counterpart--even with the aforementioned fog and reduced view distance it struggles to run. Thanks to an auto-saving system the game will seize every minute or so. The loading times for saved games are abysmal, to the point that I was waiting more than 20 minutes for a game to load. Zombies regularly glitch and die standing instead of falling down dead, which isn't good when you dump another three of your last five arrows into it, still thinking they're a shambling threat. You can play online with people, but the game uses listen servers hosted by players, so all progress disappears if the host drops out. There's also little incentive to play with other people as, in most cases we experienced, hosts often quit if things go bad.

7 Days to Die on console is a terrible port of a game which otherwise shows real promise on PC, where it currently languishes in Early Access. In its current state on consoles, the game is technically playable, but that's the best that can be said of it.

View Comments (146)
Back To Top
2
Terrible
About GameSpot Reviews 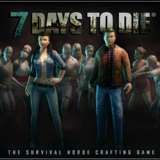 Joab Gilroy is staying alive. Ah, ah, ah, ah, staying alive. He spent 18 hours playing 7 Days to Die, and only 10% of it was spent loading. GameSpot was provided with a complimentary copy of the game for the purposes of this review. 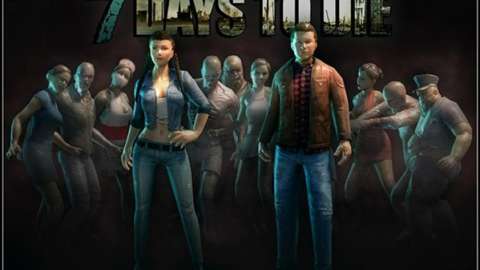 Survive in this Zombie filled sandbox at all costs.