All of 4x4 EVO 2's small problems pile up to make playing the game as much fun as blowing a shock in a knee-deep mud bog.

When the original 4x4 Evolution was released for the Dreamcast it was a refreshing change for off-roading games and earned the distinction of being the dirt-bound equivalent of Gran Turismo. It was then ported to the PlayStation 2 with limited upgrades, and unbeknownst to most, so began the downward spiral of the series. 4x4 EVO 2 for the Xbox is the sequel to the Dreamcast and PlayStation 2 games, and while it takes one small step forward, it ultimately stumbles back several paces as well.

Thanks to its extremely deep career mode, plethora of licensed trucks, and cache of parts to use for upgrades, the original 4x4 Evolution established itself as the off-road simulation to beat. 4x4 EVO 2 includes all these features as well as some new additions. There are more than 100 licensed trucks from Toyota, Chevy, Ford, Lexus, Mitsubishi, and more. Each truck has a specific lot of parts that can be used to upgrade it based upon its stock equipment. Building your mud monster is a trying process because you must install several prerequisite parts before making massive upgrades to performance. In past installments of the franchise, winning money for parts was a trying process that required several wins just to improve something as simple as the carburetor. While you still begin with just $30,000 to buy a truck and hit the circuit, gaining money for upgrades has been made easier by the addition of the mission mode. The mission mode rewards you with cash for accomplishing specific directives such as running supplies into earthquake-ravaged villages, finding fossils hidden along lakes, or for reaching the end of an uphill obstacle course. It's now much easier to earn enough money to buy an entirely new truck or to turn your current truck into a bogging machine.

As you begin to tackle the racing portion of the game, you realize the addition of the mission mode is a necessity. The ill-conceived track design makes it virtually impossible to even finish the first race without upgrading your truck with a winch. Without the winch, you can expect to get caught on objects and not be able to get off of them, or get stuck completely underwater with no way to escape. Even on the first track there's a jump that's impossible to clear with your $30,000 truck. By the time the computer-controlled riders pile on top of it, you can guarantee you'll end up stuck in the mud. It can make the game seem like it's full of bugs, but it's really a matter of playing the mission mode to obtain money for upgrading your truck. Even when your truck is upgraded there are several places on each track where it can bottom out or get cased, and you'll have to reset the game. Once your truck is fitted with some new parts, the problems are remedied a bit, but there's no excuse for not being able to finish the first race with a stock truck. You also have the option of joining racing teams if they become interested in you. However, once you choose a team you cannot change the make of the truck you're driving. The system used to impress prospective teams is also flawed. Instead of basing team interest upon your final finish, it's controlled by which position you complete each lap in. It can be frustrating to finish in first only for teams to turn their noses up at you because you raced with the pack the first two laps.

There are plenty of gameplay modes included in 4x4 EVO 2 for those who actually enjoy the racing. In addition to the career mode there's also a four-player quick race option for those who like to jump right to it, a time attack mode that lets you race against ghosts depicting your best run, and a free roam mode that lets you learn each of the game's 30 tracks. While improving your truck is every bit as deep as tuning a car in Gran Turismo, actually driving the trucks is far more simple. While there are two different brakes to be used, neither gets much action. You must have the accelerator floored the entire time if you want to compete, so using the brakes is not an option. The right trigger is used for the gas, and switching gears is accomplished with the directional pad. The moronic computer AI will get stuck on obstacles, and other trucks are more than happy to pile on. It helps in the early going when you need all the aid you can get to place, but seeing four trucks lined up behind each other while stuck on a pole or tree tends to detract from the experience a bit. The computer follows a predetermined path, so if you get in its way, expect to be unceremoniously knocked off course.

Without question, 4x4 EVO 2's weakest trait is its graphics. Very little, if anything, has been changed from the PlayStation 2 version of the first game. Several of the tracks are carbon copies of previous courses found in the original, with a few insignificant additions such as formations of jet planes that fly overhead. The bland yet sprawling courses feature some noticeable draw-in, muddy textures, and very little in the way of off-track objects. The truck models are slightly improved thanks to a few more polygons, and the real-time environment mapping used for the rear windows is a nice touch. As in most driving games with licensed vehicles, the trucks in 4x4 EVO 2 do not take damage, and wrecking does not affect their performance. A polygonal driver can be seen inside each truck actually turning the steering wheel and reacting to bumps in the road. Real-time shadows follow each truck around the courses, but they have a tendency to glitch and look jerky while moving along the ground. The most glaring problem with 4x4 EVO 2's graphics is the camera. There are three different settings, and you'll have to switch between all of them to see the terrain. When you're going down hills, the camera will pan down really low, making it hard to see what obstacles lie below. If you're climbing an especially steep hill, the camera will focus on the hood of the truck and show virtually nothing else. The game is playable if you switch through all the camera angles, but this shouldn't be a requisite for enjoying any driving game. The frame rates generally stay steady while you're playing, but 4x4 EVO 2 lacks the fluidity needed for an adequate sense of speed. Going 100mph feels more like going 45, and it makes negotiating the tracks seem more like a plodding, calculated affair than a white-knuckled precision-based experience. Despite the slightly improved truck models, 4x4 EVO 2 for the Xbox looks no better than the original did on the Dreamcast. The textures are blurry and repetitive, the camera is almost impossible to manage, the sense of speed is lacking, and overall the game exudes a rough appearance.

Mindless, repetitive techno is normally good for driving games due to the number of times each track is heard. Track selection was solid in previous installments of the 4x4 Evolution franchise, but in 4x4 EVO 2 the music thoroughly dispels the myth that all electronic music sounds alike. The uninspired compositions are grating on the nerves after just a few plays, but they can be turned off if you so choose. But turning off the music unmasks the lack of sound in the game and contributes to 4x4 EVO 2's sterile vibe. The trucks do sound different as you upgrade them, but their understated engine roars lessen the effect.

All of 4x4 EVO 2's small problems pile up to make playing the game as much fun as blowing a shock in a knee-deep mud bog. It's disappointing to see a franchise that had so much promise fall flat, but 4x4 EVO 2's poor track design, uninspired graphics, and shallow racing keep it from reaching the status of its predecessors. If you're dying for an off-road game for your Xbox, forget about 4x4 EVO 2 and look for our upcoming review of Test Drive Off-Road Wide Open. 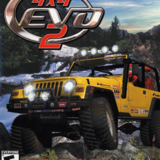 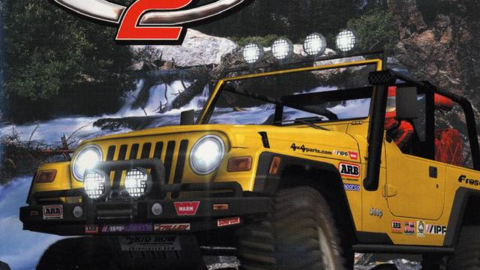 If you can put up with some frustrating inconsistencies and technical problems, 4x4 EVO 2 offers some thrilling off-road racing.