There are people out there who are more jaded by FIFA's yearly release cycle than they are by the schoolboy "tactics" Roy Hodgson employs as England manager. Year after year we're asked to part with our hard-earned cash in exchange for a game that, on the surface at least, changes little with each iteration. Stand-alone tournament editions, such as 2014 FIFA World Cup Brazil, are sandwiched between releases of full FIFA games and do little to quell such negative opinion.

However, perhaps even more so than the criminally forgotten gems like UEFA Euro 2008 and 2010 World Cup South Africa FIFA, World Cup Brazil comes with more than enough content and ideas to justify its existence as a game in its own right. Although, to what extent depends on how you're currently fulfilling your FIFA needs. If you've already made the step up to FIFA 14 on either the PlayStation 4 or Xbox One, then you're going to be disappointed by what's on offer. With World Cup Brazil available only on previous-gen consoles, the absence of the slick animations and upgraded physics system of the next-gen versions is very much visible here.

While there's a nice array of new passing, shooting, and jostling animations, the core mechanics driving the action on the field lack the finesse and depth of the PS4 and Xbox One FIFA 14 experience. This rings especially true when you're defending, with the AI largely unable to deal with players boasting a combination of raw pace and accuracy of shooting. Time and time again, the greatest defenders on earth (the likes of Vincent Kompany, Thiago Silva, and Giorgio Chiellini) are made to look the fool by mediocre strikers packing just those two attributes.

This may all be part of the plan, though. These tournament editions have always been seen as a chance for the FIFA design team to let loose and have a bit of fun, so the favouring of attacking flair over defensive nuance is very likely a case of intended design over inferior AI. In practice, this creates a game that's more fun than realistic, offering an experience that is markedly different from that of FIFA 14.

Shooting, in particular, has been made much more accessible. A well-struck ball flies through the air as though tethered to a guided missile, making the taking of long-range potshots a more viable option than it has been in recent years. Invariably, this leads to some spectacular attempts on goal, which naturally lead to spectacular goals. These kinds of goals, from the audacious to the sublime, very much belong in a game that so heavily features the vibrant backdrop of Brazil and its football team--a team that is seen as the embodiment of exciting, attacking football.

In a bid to counter the venom of shooting, goalies seem to have been given an ability boost and are thus able to prevent the scoreline from getting out of hand. They don't always catch the ball or knock it into a safe area, but they are more likely to push it away for a corner or punch it to the edge of the box and give their defenders a chance to clear it properly.

Additionally, it's now much more difficult to score from corners thanks to the new over-the-back headers players can employ. Rather than simply standing limp and lifeless as an attacker cuts in front to score with his head at the near post (a trick that could be ruthlessly exploited to great success in previous FIFA games), defenders can now jump up using the shoulders of anyone in their way in a desperate bid to head the ball first. This new trick helps, perhaps more than any other element, in keeping the number of goals to a believable tally in the face of the improved shooting.

Any and all of these gameplay tweaks would be rendered useless without sufficient content within which to make use of them. Captain Your Country and Road to the FIFA World Cup are the most robust and exhaustive game modes to conquer, joining the obvious inclusions of the World Cup tournament itself and the essential set of online and offline exhibition matches. Captain Your Country sees you take control of a single player as your team sets out to qualify for, and win, the World Cup. As its name suggests, your goal within that framework is to distinguish yourself and become national captain along the way.

Road to the FIFA World Cup allows you to rewrite the course of history and take a team from the qualification rounds, on to the tournament proper, and into Rio's Estadio do Maracana to contest the final on 13 July. All 203 officially recognised FIFA national teams are included and available for selection, allowing you to undo the injustices associated with the likes of Sweden and Poland failing to qualify for this summer's carnival. If you prefer to take your game online and compete with other human players, then Road to Rio De Janeiro is the mode with the most staying power. There you're promoted and relegated through different divisions in a bid to match you with players that are roughly your equal, which makes for some compelling matches.

What makes World Cup Brazil a different proposition to other recent FIFA games is the care and dedication that have gone into the little details. You've got the option of choosing between two prerecorded radio stations as you navigate menus, both of which are excellent and add colour to events by way of dissecting your future opponents and commenting on the journey teams took to reach the World Cup.

Then there are the little visual presentation touches: managers that shout and command from the sidelines, cutaways to fans celebrating goals in front of screens in their home country, and goalkeepers who can perform dances and shuffles to unnerve penalty takers, and there's even a digital Sepp Blatter who attends important fixtures. Unfortunately, the graphical quality of the crowds remains as terrible as it has ever been on the PlayStation 3 and Xbox 360, but at least there's more variety to their celebrations this time around.

It's best to consider 2014 FIFA World Cup Brazil as a less serious, more accessible accompaniment to the main FIFA series. Focused more on giving you a good time than on advancing the quest for realism in sports games, this is a football game that's perfect for fans who are looking for a way to pass the hours between World Cup matches this summer. Beyond that, it may not be as exhaustive as the likes of FIFA 14, but with its own distinct feel and modes to explore, there's more than enough to keep you distracted before FIFA 15 lands later in the year. 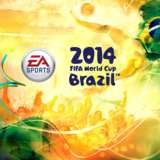 John has been playing football games for over two decades, experiencing everything from the glories of Sensible Soccer to the horrors of David Beckham Soccer. Ten hours were spent in (digital) Brazil for the purposes of this review. 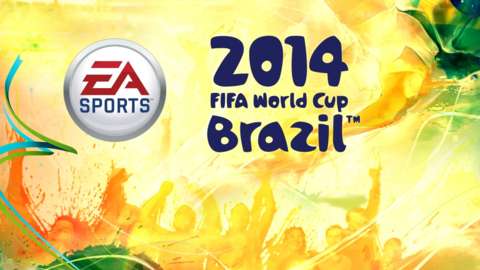