FIFA returns to the PSP for World Cup 2010, capturing the carnival atmosphere of the tournament but offering few improvements over its predecessor.

FIFA has become the dominant football series on the PlayStation Portable, thanks in part to the release of FIFA 10 last year. Now, less than six months later, 2010 FIFA World Cup has arrived, and while it adds little in the way of meaningful improvements to its predecessor, it does a good job of re-creating the excitement of the competition. Don't expect to see anything here that you haven't before--all the game modes are well-trodden FIFA staples with a World Cup twist, while the gameplay tweaks are minimal. 2010 FIFA World Cup is ultimately a good game that offers an authentic World Cup experience, but perhaps one only for diehard fans of the tournament.

2010 FIFA World Cup focuses completely on the international competition, meaning you can play only as the 199 national teams that entered qualification. On the most basic level, you can set up single matches between any sides, playing either as the entire team or as a single player. If you want a longer challenge, you can take your favourite team through qualifying and to the tournament itself, with the aim of lifting the coveted trophy. The World Cup carnival atmosphere is captured well--menus are colourfully presented, the in-game visuals are vibrant, and the soundtrack features plenty of South African-inspired music. You can also tweak any aspect of the groups if you want to live out an alternative tournament or change history if your favourite real-life team never made it through to the finals.

The game features World Cup takes on standard FIFA game modes. Story of Qualifying is similar to the old Challenge mode, where you relive famous scenarios from the qualifying stages of the competition and try to meet objectives. These include tasks such as winning a match in the final minutes or ending a team's unbeaten run, and if you satisfy the criteria, you earn points to unlock more matches. More points are available for meeting minor criteria, such as "get no cards" or "win before penalties." You join many matches at the 80-minute mark, so things stay fresh, and you're forced to play with teams that you might not choose to play with otherwise. The only downer is the slightly obtrusive sponsorship from Coke Zero, which sees the corporate logo splashed liberally through the mode's menus.

Captain Your Country is essentially FIFA 10's Be a Pro mode with a national twist. You take control of just one player--either an existing pro or a character you create yourself. You can upgrade his physical attributes by spending experience points on his skills, ideally building up his abilities according to position, such as marking and tackling for a defender, or crossing and finishing for an attacker. From there, you play in a squad of AI-controlled teammates, and it's your job to help the team make it through World Cup qualifying while also earning more points to spend on your player to continue his progression. This game mode can be quite dull because a lot of time is spent simply waiting for the ball, while the default down-the-pitch camera angle makes it difficult to follow the action on a small screen. While it’s ultimately a lot weaker than the team-based game modes, Captain Your Country is worth playing in short bursts, and is certainly a different way to experience the World Cup itself.

The multiplayer mode is basic, with head-to-head wireless ad hoc support and an online mode that is exactly the same as what was offered in FIFA 10, which itself was stripped of the online leagues that were featured in the previous game. That said, online functionality goes above most portable sports games, with ranked play, lobbies that allow text chat, and leaderboards that track overall progress. The online mode is currently well-populated and is functionally robust, with few lag or connectivity problems, and you have the ability to avoid players who regularly quit matches early. There's also a squad update feature, allowing you to keep up to date on roster changes in both offline and online game modes.

There are some small tweaks to the gameplay in 2010 FIFA World Cup, but they're minimal. A new feature called "golden moments" rewards you for controlling the flow of the game, and there's a momentum meter at the bottom of the screen highlighting your progress. If you build up the necessary momentum, you can use the D pad to unleash a specific boost, choosing from general, keeper, offensive, and defensive. The general boost adds a small performance gain to all of your players, while the others are much more focused, offering a major boost for your keeper or top five defensive or offensive players. This feature adds a bit of excitement and unpredictability that feels right within the World Cup theme without drastically unbalancing the game, although seeing your opponent use the keeper boost in the dying minutes of a game can be annoying. More substantial are the new corner kicks and free kicks, which allow you more control over the spin and direction of the ball after you've taken the kick. Using an onscreen guide, you can direct the arc of the ball more accurately, which makes free kicks more effective but not unfairly so, because you still need a world-class player for pinpoint accuracy. Aside from these small additions, though, this is much the same game as FIFA 10.

There are many other small features that help flesh out the game, and lots of items are available if you delve into the menus. You earn points across most of the various game modes, with which you can buy new items in the store, such as balls, stadiums, and classic teams. You can also take time out and head to the practice arena to try out the new corners and free kicks. There are nice presentational touches, such as a spinning globe on the main menu that changes colour to show the teams you've beaten from around the world. The soundtrack contains 25 songs and mixes upbeat pop, such as Florence and the Machine, with traditional African music, such as Rocky Dawuni, and if you don't like the music, you can drop in your own MP3s from a Memory Stick. The game also provides facts in the loading screens, including World Cup trivia in exhibition matches and scouting reports before tournament games.

With an authentic World Cup experience layered over a great gameplay foundation, 2010 FIFA World Cup is well worth checking out if you're a fan of the competition. That said, it doesn't try to reinvent the wheel; most of the game modes are adapted from existing ones, while very minor changes to gameplay mean it plays a very similar game to FIFA 10. This lack of innovation results in a game that isn't essential, especially if you own FIFA 10, but if you must have an accompaniment to the World Cup, then you'll have a lot of fun with the official game. 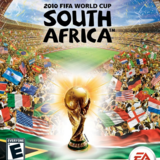 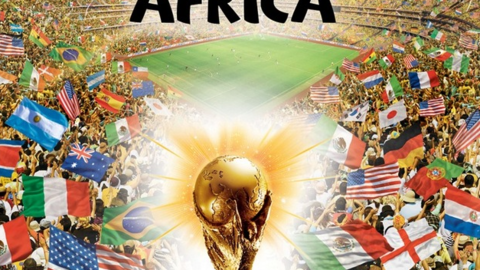