If you already own FIFA 2002, then there really isn't any reason to own 2002 FIFA World Cup, and if you don't own FIFA 2002 but are looking for a soccer game, you should get that game instead.

In the past, the FIFA series was sometimes criticized for its overly fast-paced gameplay and relatively simplistic mechanics, but with the last few releases, EA Sports has made vast improvements to the series in nearly every respect. The company's latest FIFA release, 2002 FIFA World Cup, celebrates the upcoming tournament--which will be held in Korea and Japan--for the grandest prize in all of soccer. Unfortunately, the game is so focused on the World Cup tournament itself that it lacks many of the features found in the recent FIFA 2002, such as club teams, making it difficult to recommend 2002 FIFA World Cup over its predecessor to anyone but the hard-core World Cup fanatic.

There are two match types in 2002 FIFA World Cup: friendly and World Cup tournament. That's it. The friendly mode will allow you to select the two teams, the stadium, and the time of day (if you don't already have them set on random) for your match. Like its real-life counterpart, the World Cup tournament mode is set up so that teams (including the one you select) will be placed into one of several groups. Within this group, your team will compete in a series of matches to try to win enough points to advance to the single-elimination stages of the tournament and eventually to the championship.

The gameplay in 2002 FIFA World Cup is largely the same as the gameplay in FIFA 2002, so if you've played that game, then you should be able to jump right in. But if you haven't played FIFA in the last few years, then you'll be surprised by how much the series has changed. Crosses require much more skill to execute properly, as the ball will no longer automatically track toward a player near the goal. In fact, crosses are so much more complicated that you'll have to put the spin (either left spin or right spin) on the ball yourself. It can take a little while to get used to, especially on the GameCube controller, where you really have to press down hard on the shoulder buttons to get the spin to work. Recognizing that some fans of previous FIFA games may not particularly care for this system, EA Sports incorporated an assist option that will help the ball travel toward the middle of the field, but you'll still have to put spin on the ball. Even simple tasks such as ground passes and shots on goal require a little more strategy now, because the strength of the pass or shot--which is shown in the meter in the bottom right or left side of the screen--is determined by how long you hold the corresponding button down. Headers, quick shots, and other comparable maneuvers function in a similar fashion. Obviously, the drastic changes to the cross are important, but the smaller adjustments have really slowed down the pace of the game to a realistic level, making 2002 FIFA World Cup feel more like a pure simulation than a simple soccer game. Indeed, while the strategy in previous FIFA games focused mainly on the cross-field pass, 2002 FIFA World Cup relies more on the ground game, like quick give-and-go passes and dribbling skills. Crosses are there if you want to use them, but they're no longer necessary for dominating a match.

And despite the complexity of the controls, you may find that you'll quickly be dominating your matches. With the exception of the hardest level, most of the difficulty settings in 2002 FIFA World Cup really aren't that challenging, and it doesn't really seem like there's a significant increase in the complexity of the AI when you move from one setting to the next. This is unfortunate, because you won't be prepared for the sudden onslaught that occurs when you play your first game on the highest difficulty level. After some time, the computer's strategy and flaws will become apparent, and you'll eventually be able to exploit them--it just takes a little longer on the toughest setting than it does in the others. At any rate, with some practice you'll be able to get through the championship pretty quickly, and while you can unlock additional features like new teams by winning the championship with different nations, most of the replay value of 2002 FIFA World Cup will come from playing against your friends. This is especially true when you consider some of the lapses in the AI. A few times, the goalkeeper would ignore a ball that was passed back to him by a teammate, resulting in a goal. There were also other moments where a computer-controlled teammate would run away from a ball even when there were no other team members in the immediate vicinity. These problems aren't horribly out of control, but they occur often enough to be noticeable and distracting.

The frame rate problems found in the other two versions of the game, which crop up when you perform a midfield lob pass, are fortunately not nearly as apparent in the GameCube version. However, there seems to be quite a bit more slowdown in the celebration and team introduction scenes in this version. Character models also don't look quite as crisp and detailed as those in the other versions, but all the other details are intact. There are lively crowds holding national flags in the air. The stadiums look excellent--you really get the feeling of entering a massive structure filled with thousands of people.

Commentary is once again provided by John Motsen and Andy Gray. The commentary is solid, with a variety of different lines coming from both commentators. But when you play through the World Cup tournament, you'll notice that Andy Gray tends to repeat many of the same lines, particularly those that refer to a team's history in the tournament. The real attraction of 2002 FIFA World Cup's sound are the stadium noises, such as the country-specific chants and the chatter between players, both of which do an excellent job of replicating what it's like to be at a soccer game.

The game doesn't have as many extra features as its counterpart, FIFA 2002, and the only thing it really has going for it is the exclusive Korea/Japan World Cup license and a number of videos that examine the sport, its fans, the World Cup tournament, and the making of the game. Yet the extras in the game don't exactly motivate you to continually play through the World Cup tournament. If you already own FIFA 2002, then there really isn't any reason to own 2002 FIFA World Cup, and if you don't own FIFA 2002 but are looking for a soccer game, you should get that game instead. Still, there's no denying that 2002 FIFA World Cup's gameplay and sound are among the very best in soccer games. 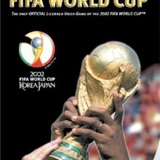 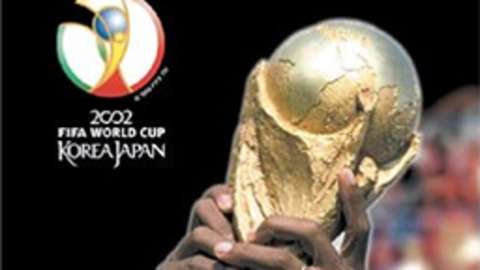 Anyone looking for an Xbox soccer game that plays well and looks nice would do well not to pass on 2002 FIFA World Cup.