102 Dalmatians Puppies To The Rescue Review

Younger children will be delighted to be at the controls, but seasoned gamers will want to look elsewhere for a more polished and challenging experience.

102 Dalmatians, the sequel to the live-action adaptation of the Disney animated classic, has made its debut on the Sega Dreamcast. As is the case with most Disney films these days, a console adaptation of the film is almost a given and is generally set into motion with tried-and-true gameplay. To some, the genre is known as a "Disney Platformer" - but to the casual gamer, it means easily accessible and fun gameplay. In short, something for the whole family to enjoy, much on the same level as Disney films.

The game itself follows the films' storyline to a tee. You play the role of two of the Dalmatians, Oddball or Domino, who are out on the town looking for treasure. It's not long before you realize that a toy you find buried in a park was made at one of Cruella De Vil's toy factories; the fact the her toys are being buried rather than being played with is making Cruella very upset. Facing financial ruin from lack of sales, Cruella sets an evil plan in motion - to reprogram her toys to capture any Dalmatian puppies in sight. Soon enough, Domino and Oddball are out on their biggest adventure yet - to save their brothers and sisters.

With regard to gameplay - you can expect to run around vast, interactive levels, as you attempt to obtain items and rescue your brethren. As is the case with most Disney games, the bulk of older users will hardly find the game challenging. A younger audience is sure to have plenty of fun with the game. The goal of each level is to obtain 100 bones, rescue all the puppies you can find, and either destroy or trap anything that Cruella places in your way. As an added bonus to finishing levels one hundred percent complete, you are rewarded with new minigames, such as minigolf and a traditional labyrinth, which are played separately from the main quest. For completing certain tasks, the game also rewards you with stickers that you can view at a later time. Collecting every sticker will unlock a hidden animated sequence.

While the game certainly offers more than enough to keep children interested, several glaring flaws may detract seasoned gamers. Perhaps the most annoying is the lack of a true 3D camera within the game. You can manually change your view to pan left and right, however, it is impossible to look either up or down. In some multitiered levels, you are unable to see below your character, and you are forced to jump blindly. Graphically, the game looks good in polygonal 3D, and the engine runs much more smoothly than the PlayStation version of the same game. In fact, almost no pop up or slow down is noticeable.

Overall, this latest addition to the Disney family of games is good for kids and presents a long quest with plenty of secrets to unlock. Younger children will be delighted to be at the controls, but seasoned gamers will want to look elsewhere for a more polished and challenging experience. 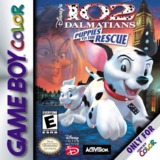 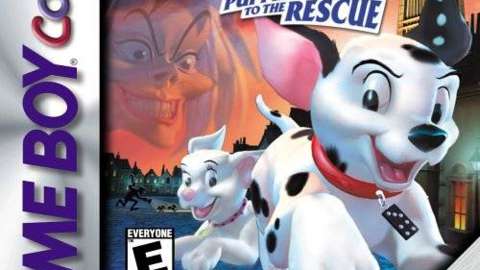 Disney's 102 Dalmatians: Puppies to the Rescue

Younger children will be delighted to be at the controls, but seasoned gamers will want to look elsewhere for a more polished and challenging experience.

6.4
Sign In to rate Disney's 102 Dalmatians: Puppies to the Rescue