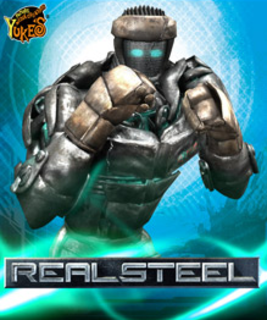 Normally, movie games suck. This one breaks the trend.

User Rating: 10 | Real Steel X360
By contraigon | Review Date: January 30, 2012
When I first saw this game, I barely considered the demo worth the hard drive space. Now, after probably several hundred matches against my brother and my dad, we're all hooked. Even though it's based on a movie, which usually spells disaster, this is actually an extremely well-made boxing game. You get the thrill of the relative realism of the boxing action, while still having a few of the flashy moves you'd expect from robot boxing. The controls are simplistic, but incredibly well-designed, and the graphics are amazing. It's quite a sight seeing the way the light shines off of the polished Zeus and Noisy Boy, or the blue glow coming from Atom. While other fighting games have complex combos and super attacks, this game is just simple, refined boxing with a couple of welcome twists thrown in.
Load Comments (0)