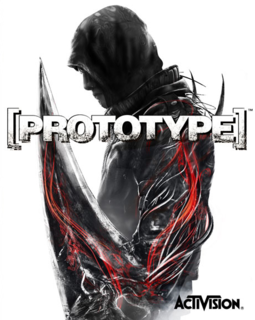 With a bit more variety and length, Prototype could have been truly awesome

User Rating: 7 | Prototype PS3
By Doomguard3 | Review Date: May 16, 2011
Prototype is a cool game, but not as cool as it could have been. You will be given a set list of powers to use in a relatively big city which plays like a sandbox title.

Some of the powers are both cool and useful, while others apparently serve no practical purpose. Running vertically on buildings and jumping across a whole district can be great fun, but it can only last so long because of the repetitiveness of the whole experience.

Apart from regeneration, you regain health by consuming people, both enemy soldiers or civilians. Some of the civilians will have certain knowledge to can obtain by devouring them which will add a bit to the backstory, but since its just bits of random pieces here and there you will soon stop caring about the trivia.

There is also stealth, you can turn into anyone you devour, including enemy soldiers, which wont attack you on sight if you transform into one of them out of their sight.

The flow of the story is really what makes the game feel boring, mission after mission you will be hunting down scientists that apparently know nothing, making you feel as if you're wasting your time, like the whole game is just a filler until the final showdown.

The cut scenes are very short and too far in between, making all of the characters a forgettable experience, the game simply does not give you opportunities to care about any of them.

The brutal difficulty can, more often than not, feel really cheap, making the fights more frustrating than fun because there will always be some helicopter shooting guided missiles from off screen.

Still Prototype is overall a solid action game, so if you just want to cause chaos with some superpowers in an open environment and don't mind a shallow story, you will find some fun here.
Load Comments (0)
Where to buy
Prototype
$29.99 at Target
GameSpot may get a commission from retail offers.