@forciplier: You joined the army, which means you don't get to use it as an excuse any time you feel like demeaning someone. It says a lot about somebody who would take a Hollywood actor's comments and twist them into some kind of 'boo-hoo poor baby' spiel about how they didn't have to enlist in the military so they have nothing to complain about. Go away.

@randomperson7: Nope, the prequels are objectively awful. Move along.

@metallinatus: As of 2013, the X360 had sold nearly 80 million units whereas the Wii hit 100 million around the same time. What's important to keep in mind here is that the Xbox 360 costed way more than the Wii, at any point when they were both being sold. And from 2012 until today, over the next FOUR years, the Wii barely managed to push 6 million units out the door. Hell, from 2011 onward they damn near broke their backs trying to make sure people didn't forget about the fad they created and still rarely seen anything more than a 2% unit increase over any three month period at a time.

And around the same time Wii was beginning to crash and burn in tremendous fashion, Xbox 360 was there to pick up the ashes. From 2013 to 2014, 8-9 years AFTER its release, the 360 managed to sell 6 million units. In that same time, the Wii struggled to sell 1 million. Also keep in mind, the 360 sold well in the US but like crap in Japan, to the point where it was almost discontinued entirely in the country.. whereas the Wii, at one point, was doing exceptionally well in both.

You say the Wii dominated, and yes technically it sold more units (but again, major price differences in both consoles), but the 360 maintained a consistent and slow climb that led to them dominating a generation of games, at a point in that generation of games where the consoles should have been failing financially due to old hardware. No consoles ever lasted as long as the last generation because after that much time has passed people stop caring so they have to make something new.. but the 360 was an exception to that rule, which is what makes it the dominate console. And no, definitely not an Xbox fanboy, it's just that numbers don't lie.

But go ahead people, keep riding the 'Rhapsody Sucks!' bandwagon like the followers you are. It's just sad that so many people are so willing to completely crap all over something they've never even seen or used just because popular opinion told them so.

@metallinatus: But they were.. they undeniably dominated the last generation.

@jinzo9988: Well I mean honestly Spotify is the only other streaming service that even comes close to Rhapsody in terms of selection but even it falls flat in comparison. A hell of a lot more people use Spotify, but I can't see Nintendo making much of a profit by developing an app for a free music streaming service that is losing way more money than its earning. As opposed to Rhapsody, which needs more subscribers, Nintendo could help them get those subscribers and probably make more money doing just that than anything else.

@xcollector: It's not just Rhapsody, it's music streaming services in general. Spotify has actually lost way more money than Rhapsody has over the past few years, but you trolls don't seem to crap all over them whenever they're involved in the news because they're better known, I guess? I don't know. Don't believe me, check this link:

@keichimorisato9: They have almost anything you can think of, seriously. Occasionally I have to go elsewhere to find music I'm looking for but most of the time I just download what I'm looking for using Rhapsody by pulling it straight to my phone/PC.

@wwonka666: It was never meant to flip-flop their poor sales records, it's just another addition to the console. Hell, not even Xbox or Playstation has Rhapsody yet (Well, 360 did but the app was poorly designed and unusable), so in terms of this generation of consoles, yes, this is newsworthy.

But with a name that references Willy Wonka and Satan, I'm expecting all of that to go in one ear and out the other. 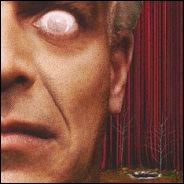