10. Bulletstorm
Bulletstorm was a really refreshing take on a genre that has been done to death in recent years. The focus on high scores and killing enemies creatively was a breath of fresh air. The humor did not always work the story was not great but the core shooting action just never got old for me. Shooting people in half with a 4 barrel shotgun just never stops being satisfying.

While I Think Modern Warfare 3 has by far the best, most addicting and balanced multiplayer in series history, it just is not impressive anymore. This is the 5th game in the Call of Duty franchise to follow this formula so of course they have perfected it. It would be embarrassing if they hadn't done so by now. So while I have played hundreds of hours of this games multiplayer and enjoyed it immensely, I feel like I am done with the series until it can reinvent itself again.

MK9 is an incredibly impressive fighting game in that it has the first worthwhile single player component in any fighting game I can remember playing. The story is stupid fun and I love how the game transitions seamlessly from cut scene to gameplay. The challenge tower is also really addicting, and the online multiplayer is also very well done. A great new start for a series that for too long seemed doomed to dwell in mediocrity forever.

Gear of War 3 is a fantastic end to the trilogy. The story and characters actually worked really well this time around. The game takes its characters much more seriously than previous Gears games and makes them more than just the stereotypical jock soldiers they have always seemed to be. It has a satisfying conclusion and both the competitive and cooperative multiplayer continues to be some of the best in business.

Uncharted 3 had an unfair amount of hype to live up to. Uncharted 2 was a landmark game for this generation of consoles and following it must not have been an easy task. Naughty Dog delivers on all fronts with Uncharted 3; it is just inherently less exciting the second time around. Still, Uncharted 3 is a blast with some of the most amazing set pieces I have ever seen and it just might be the most visually impressive game ever made.

I have yet to complete Skyrim. I have played for more than 30 hours and I do not think I am any were near finishing the main quest. It is just so easy to get distracted in this huge sprawling world. There are so many things to do it can become overwhelming at times. The game has its fair share of problems; it is full of glitches and visual problems. I also find the combat to be mostly boring and uninvolving, but the world is so well realized that it makes it easy to overlook these problems and just get lost in this ambitious RPG.

Bastion is like the greatest SNES game that was never made. The game is pretty much flawless. The visuals and music come together with the narration that reacts to your actions to create something that is wholly unique. I could not stop playing the game until I had seen everything. As soon as I finished it I started a new game + and got every achievement. Few games have consumed me like Bastion did.

Saints Row the Third is the most brilliantly stupid game ever made and is probably the funniest game I have ever played. So many amazingly dumb things happen throughout this game that I find it hard to even remember all of the great moments. There is a moment early in the game when you jump out of a helicopter and land on the top of a rival gangs base with Power by Kanye West blasting in the background and it was then when I realized that this game was going to be something special. It only gets crazier from there, from auto tuned pimps, to Burt Renolds, to explosive carriages being pulled by gagged gimps. Saints Row never stops being surprising and ridiculously entertaining, and I have no idea how Volition will top this.

Arkham city is even more impressive than its amazing predecessor. It builds on everything that made Arkham Asylum great and ads a bunch of great new stuff. The gliding is really fun and the city is incredibly detailed with secrets literally hidden everywhere. The combat is even better this time around. The game explains the combat mechanics much better and I really got into it this time. Getting through a brawl with a bunch of thugs without ever taking a hit is so rewarding and really makes you feel like the Batman.

Portal 2 is amazing in every way possible. The story is completely engaging, the writing and the characters are endearing and funny and the puzzles are some of the best designed in a video game ever. The writers and designers at Valve are the best in the industry. Everything is so expertly designed, even when you get stuck on a puzzle you never feel frustrated. Most of the time when I was stuck I was overthinking it and just needed a break. When you finally do solve a hard puzzle the game simultaneously makes you feel like a genius for figuring it out and like an idiot since it took you so long. I love this game, and it will likely go down as one of my all-time favorites. Also, the ending is perfect. 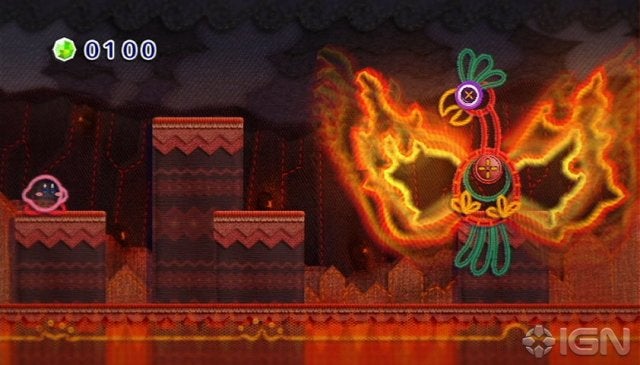 Kirby's Epic Yarn Is the most adorable game I have ever played. The graphics are the most visual stunning I have seen this year and shows how an interesting art ****can overcome a console's technical limitations. The game is very easy but it still worth playing for its amazing art****and creative level design.

Halo Reach is a great swan song for Bungie with the series that made them famous. The campaign is the best in the series with a good cast of characters and a interesting story that ties up the Halo story perfectly. The robust multiplayer and co-op will keep you playing for months, even though I am growing tired of Halo's multiplayer.

While Black ops isnt as much of a step forward for the series as Modern Warfare 2 was, it is stil an incredibly addicting and rewarding multiplayer experience.

DJ Hero 2 is amazing for two reasons. One, it makes me care about the music genre again with an experience that feels completely fresh and unique. Second, its soundtrack is incredible. I have never really enjoyed this type of music before but this game introduced me to some songs that i have fallen in love woth. Hot Pursuit is a racing game made by Criterion. Enough said.

God Of War III is brutal. The combat is gory and satisfying and the boss battles are so epic it makes other games boss fights look lazy. The graphics are some of the best on the PS3 with the enviroments being both huge and incredibly detailed. 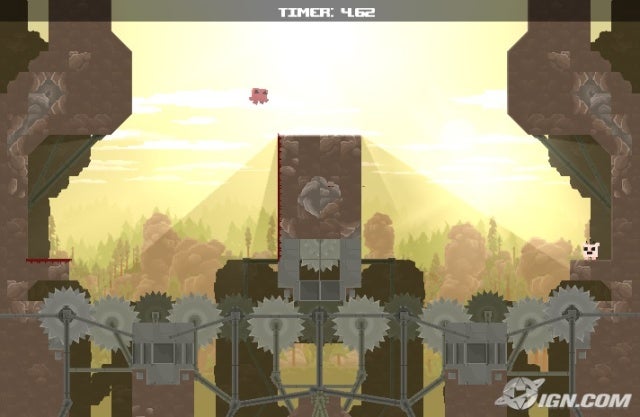 Super Meat Boy is the most challenging 2-D platformer I have ever played, with most levels requiring a ridiculous amount of precision to complete. Its good then that the controls are so precise and responsive that these challenges are always possible, no matter how impossible it may seem at the moment. 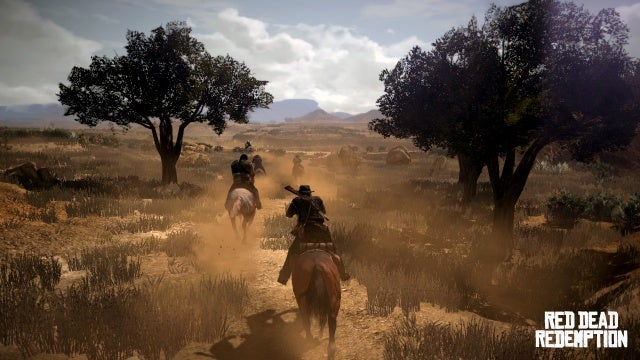 Red Dead Redemption is stunning. The visuals are jaw-dropping, the characters and dialog are hilarious, and the story is one of best in gaming history. John Marston is the best new character of the year and his tragic story is one I will never forget. Another Rockstar masterpiece. 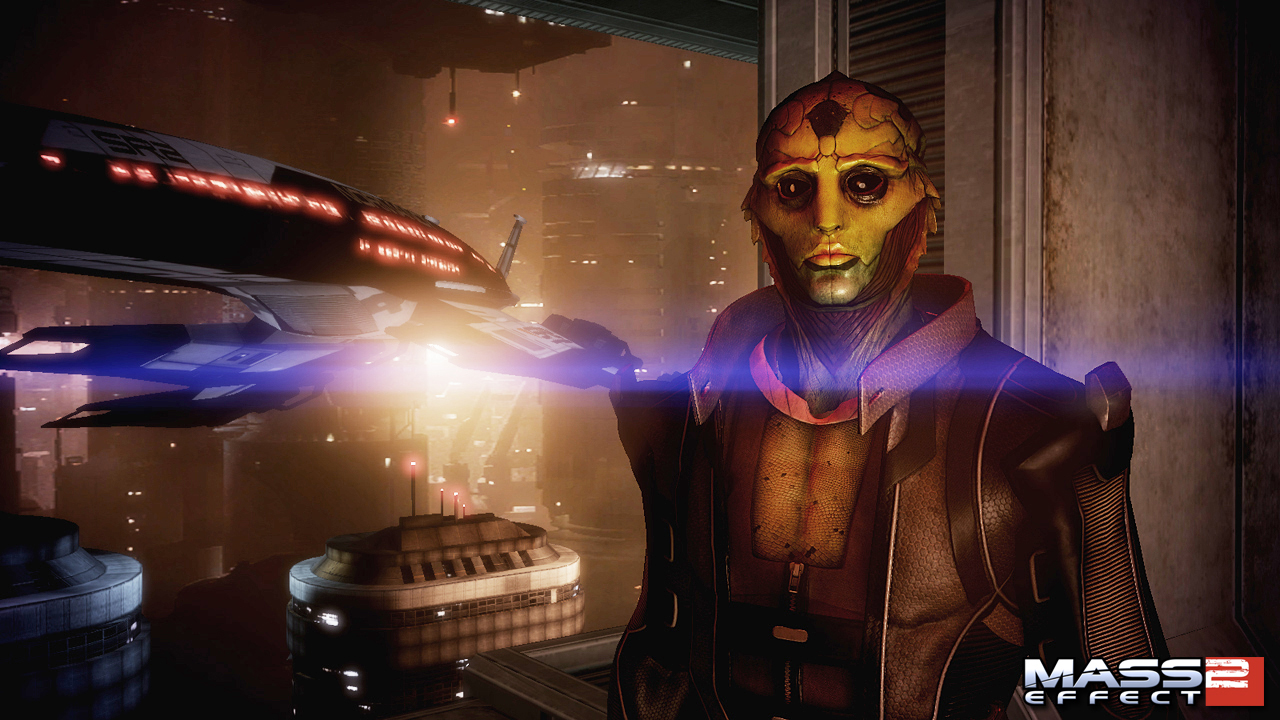 Mass Effect 2 took me by surprise. I couldnt stand the first Mass Effect, the combat was terrible and the whole game was very clunky. This sequel fixes every thing I hated about the first one. The combat is up there with the best in the industry and the story and characters are captivating. Mass Effect 2 is an incredible accomplishment, every action seems important and I cant wait to see how mine will effect the story in Mass Effect 3.