I heard Blur was good for racing, and Batman: Arkham Asylum was awesome. FPS I'd say Bad Company 2. RPG, Mass Effect 1&2 both amazing. Dragon Age, if you like fantasy, Fallout: New Vegas for futuristic. And welcome back!

I use GelTabz on my analog sticks. They're little rubber grips that pop onto the end of the sticks; they have the Xbox indents and nubs, and they work on all three systems' controllers. And they're cheap. My Gamestop has them sometimes, but I buy several packs at a time on their website. Regardless of which controller you're using, you get better grip. I love them and hate playing without them now.

Can't wait! Thanks for doing this.

"Posturing" would be the one I picked. Ah, "the governor is gambling with your money, so let's make him gamble with his and I'll get some margin votes." We had a similar time-wasting, one-term wonder who took up a bill draft and a drafter's time to mock up a bill denouncing and renaming the then-governor as a RINO: Republican In Name Only. That stunt earned him no love or reelection from his district; one can only hope these two gentlemen's constituents see this as the pointless granstanding waste of their time and effort it is. What I find disheartening is that when the chips are down, the folks who are supposed to rise to the occasion in 'service' merely continue to pander to their own egos. Thanks for the quick chuckle!

In the Prince of Persia (2008) guide, on the Windmills page, there are some grammatical errors.

1. This sentence has several problems:

3. "The puzzle's goal is to rotate the grated coverings so that the hole in each exposes the Power Plates they're covering." "Each" is the subject, so it should say "...Plates it is covering."

When you go to the game database to browse titles for each system, the resulting list sorts by title, genre, score, latest update, and release date. Since Gamespot and so many players place such emphasis on multiplayer titles anymore, I wonder if "multiplayer" could be added as a database sort, or at least as a "genre." Regular online multiplayer, not MMO.

I bring this up because a friend of mine wanted to play games with me online, and I am searching for titles we can both enjoy and play online, and this method of searching would make the quest a lot easier. Granted, it's for Wii (don't laugh, yes, I used "Wii" and "multiplayer" in the same sentence), which at the moment boasts sparse online titles, and finding multiplayer titles on 360 or PS3 is automatically easier. But I would imagine as multiplayer titles (some exclusively so) are in such demand these days, a sort function for them would be a very nice feature to have on Gamespot's incredible game database. Thanks.

Hi there, and I apologize if this is a known issue, but I didn't encounter it in my searching.

I am an officer in a union, and my fellow officers and I have been trying to invite other GS users we think would be interested in joining. So as not to duplicate our invitations and annoy the invitees, I wanted to sort in the member admin tab to see if a particular user has previously been invited. Problem is, after the site thinks a minute, it only gives me the list of current members. So apparently the invited member sort doesn't work. New member sort works just fine, however. Here's a link for admins to use to look at our union member screen. I thought GS would want to know in case this is widespread. Obviously, it's not a huge problem, just a minor thing. Thanks!

#9 tclvis
Member since 2004 • 692 Posts
I would love the ability to give a gift subscription (Total Access or Plus) to other GameSpot members. I e-mailed GS's customer help and they said that feature was not available at present, nor were they able to say if there were plans to make it available, and I have searched the forums, but nobody else seems to have requested it. So I vote for the ability to give a gift subscription under the "Upgrade" tab.
15 years ago

Plus, I'm not sure how you can say there are fewer games, not after the Great Game Glut of 2007, from which we are all still reeling and shellshocked! And we got to pick and choose; the Spotters have to test and play everything, even if it sucks. I'm trying to finish about a dozen great games right now on 3 different platforms, all of which were released in Q4 of 2007, never mind the rest of the year. The sheer number of games will hinder any staff's ability to review in a "timely manner," which sometimes seems to happen after the game is released and not before, but that's okay with me; I can wait until a review to get a feel for a game before buying. The staff isn't growing, but the releases are. And I imagine that there are editorial policies that determine whether a game gets a review, and I won't pretend to have a clue what that formula might be.

If GS doesn't put out a review for whatever reason, I look toward user reviews, a healthy sampling of which usually gives me an idea of whether I personally would like a game. So that resource is also available to us on the site. 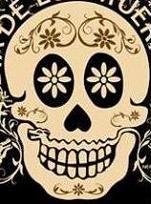