Still waiting for the announcement of Nintendo going bankrupt and quitting for good.

Microsoft confirmed they believe their fanbase are greasy disgusting people.

That is the real story.

Holy Moly, you guys need to chill out.

I was not insulting the dead. I don’t think it’s funny at all people died.

I think it’s funny that Nintendo was forced to shut down.

Learn the damn difference. You guys are the real trolls.

Nintendo fanboys still don’t understand that the PS4 has lots of breathing room for price drops.

They need to understand that when PS4 has another price drop, the gap widens more.

The Switch will NEVER outsell PS4 in Japan in total sales. Fact.

Calm down bros. I am not disrespecting anyone who passed away. That sucks no doubt.

I was clearly being happy that Nintendo is shutting down, not people dying.

Don’t be so negative.

Should be called Nintendo Directionless.

Getting chainsawed to death in RE4 the first time.

Everything in God Of War series.

The Ending Of MGS4.

I have said time and time again that the switch is a failure because it failed to outsell GameCube. Nintendo considers GameCube a failure.

You all laughed at me. Then I told you guys: “If Nintendo died tomorrow for some reason(like a tsunami), it would be fact the switch failed”.

“As reported by the BBC, Jebi has caused serious damage to Japanese infrastructure, closing airports and taking the lives of "at least 10 people," with the storm still raging through the country.

Nintendo has announced that they will be closing telephone lines and halting online customer support systems in Japan due to the Typhoon.”

Nintendo is officially doomed. They are shutting down. I was correct. Bow down before me and admit you were wrong.

PS4 is still the number 1 console sold in Japan. And sheep are not taking into account that PS4 has lots of room for price drops and the fact PS4 actually has games.

The switch will NEVER overtake the PS4.

We also need to remember that Nintendo always blows its load early on and drops support right away while PlayStation has long legs and has games for 10 years straight.

Keep dreaming about switch beating PS4 because it will never happen in reality. LMAO 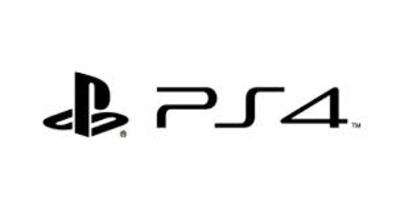