I'd prefer a different direction than this, but it's too soon to judge and they've proven themselves in the past. Looking forward to it.

@Queuingreturns You totally missed the point I was getting out.

I realise directors cuts and GOTY editions are different, but why accept a bundle of DLC and no improvements over a bundle of DLC and some improvements? This is just a GOTY edition with some fixes chucked in. Once again, all well and good saying it should have been in the game in the first time, but not every game can turn out perfect. Mistakes get made and things seem like a good idea at the time, etc, etc, etc.

The point is there was an issue with the game, that issue has been rectified in this re-release, and you get the DLC bundled in. You don't have to buy this if you don't want to, but I fail to see how improving the game is a bad thing. You may think it's how it should of been in the first place, maybe your right but that doesn't mean that they could have made it this way in the first place. Separate of that, it's now as good as it should of been, which is a good thing.

Also other improvements include graphical touches and lighting changes, which you could totally do to Uncharted 2 if you wanted to. That's not a case of should of been in the game first time, that's a case of getting better with the technology you are using.

Geez. So many scrubs replying to me in the Gamespot comments section(s).

Thankfully, I'm around to clean house.

@LADIES_MAN_2013 Try out Dishonored I guess.

@Queuingreturns I wouldn't mind a directors cut of Uncharted 2 where they improved the last couple of levels. Damn those blue guys.

But seriously, you can't just make a perfect game the first time round. Mistakes are made, things that seem like a good idea turn out bad, and due to resources, time constraints and staffing certain things work or don't. This time the developer has gone back and fixed some of the problems and made some nice improvements, and released it on a new platform. The core team are still making new games, you don't have to buy this one - but it is a nice upgrade. Also PC owners got it at a heavily discounted price if they already owned the original, and it came with the DLC.

Thinking about it, a game of the year edition for Uncharted 2 came out for about the same price as this, and didn't have the same amount of extra content. So maybe you should be complaining about Naughty Dog if you hate this kind of thing. At least this being a directors cut means you get improvements rather than just the same flaws bundled with DLC.

@heat_masheet So you played the game then? :P

And @chuckles471 don't forget Artorias of the Abyss :D. I know you said etc, but for me that's the best DLC out there.

You make a great Big Boss.

@MoreThot Nope. That was the Unreal Engine. 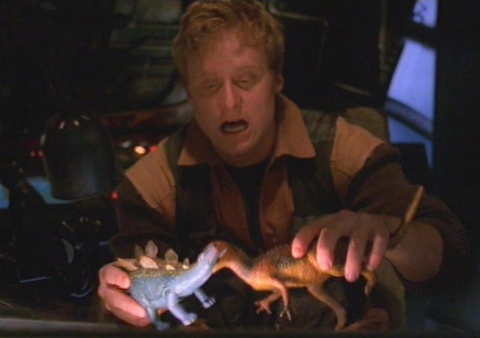