i left a few dents and a crack onmy wall :(

the-silent-herolol i made a hole in my uncles door, witch never got fixed

does having your hart broken by someone else count? 'cause i had a crush on a girl once...from 5th grade 'til 6th...but its to hard to explain 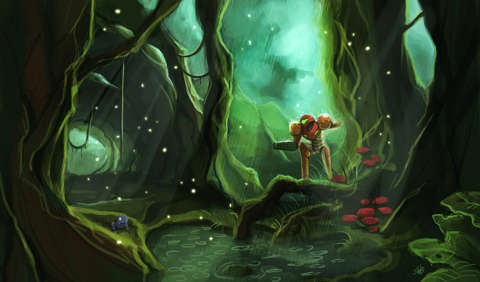 Oh hi there random stranger that I may or may not know (but most likely the latter),

Are you here through the various potential possibilities, and is also willing to see some form of content that hasn't been here since the ice age? Well, you're out of luck. But why though you may ask? Why it's because I've lost most, if not all, interest in Gamespot and have ran out of things to do and will not be as active as I was several years ago. Well, not that I did anything other than wait for something to happen, so it's no major loss. So, I do apologize for the inconvenience, and the likelihood of any further activity is the least of possibility.

I know this isn't very tragic as I'm aware I'm one of dozens of people who have shown little to no activity over the past few years. Well, I may pop in every so often but not much activity will happen. But I do want to say that it was a good run, not that I did anything productive here, but still, it wasn't too shabby if I do say so myself. I've met some good people and made some awesome friends, some of whom have also gone inactive, but still, point still stands.

lastly for those of you who want to know where I spend most of my time, it's on steam, so if you want you can look me up on there. The name's sfg73™, and as far as I know, i'm the only one on steam with that name assuming you put the ™ in there as well, not that it matters though. Yes, I know it's just my cringe inducing name but shortened, but I could care less. also if you do look it up and friend me, you might what to say you're from here, otherwise I might just conclude you might be some scammer, bot, beggar, or some weirdo.

So goodbye and (maybe) see you later.

--Some guy with a cringe inducing name that was made forever ago.