Now, like anyone else on this site and probably everywhere else I experienced the same backlash when I first found out and saw the Circle Pad Pro Nintendo was planning to release for 3DS. It looked ugly, it looked big, it looked uneccessary and my biggest issue with it was it had to use an AAA battery! Now what kind of half-hearted attempt is this? Knowing Nintendo this will probably be in the next hardware revision so why should I bother?

Except, you don't have to bother if you didn't need the 2nd analog in the first place, and if you wanted one, you don't have to wait for the hardware revision if you already own a 3DS, because after looking at it for a few weeks the Circle Pad Pro kind of settled on my mind and it wasn't so bad after all.

Now it's not in my power to change your opinion of what you think of the Circle Pad attachment, but I can at least dispel some of the unreasonable and unfounded attacks on it. A lot of retarded comments are made simply by looking at the accessory for one second then think 'It's crap' right away and act like they're being forced to pay $20 for it. Terrible attitude, guys. Especially if you don't take five minutes of your life to actually go find out more about it.

My counters to stupid comments?

1. Objects on the Internet look larger than they actually are

By far the greatest complaint was that the Circle Pad was too large. It's a valid complaint but not when 90% of people exaggerate the comment as if it was over 9000 metres/cubic miles/light years long. Get your ass back down to earth and actually LOOK at a real 3DS if you haven't. It's not THAT huge.

Now, I did a little measuring of my own based on a 3DS I saw from a store, and I'm going to use a picture for scale. The handheld itself is roughly 13.5 centimetres wide, about the same as the width of a DSi. That's already smaller than what most people would make the console out to be if they haven't yet seen a real one. I brought this official picture to Photoshop and again did some measuring. To the right of the 3DS, the Circle Pad attachment adds around 2.7 cm to the width, and on the left no longer than 0.5 cm. Let's make that 3cm, shall we? So the total width of your 3DS with Circle Pad attached is now 16.5 centimetres. If you have a DSi, put 2 rulers on its side and add that extra width. Smaller than you thought right? I absolutely do not believe your palms cannot grip that extra 3 cm.

It resembles a Gamecube controller, only slightly less thick, though at this angle it's hard for me to judge it by scaling like I did with the first picture.

This same size argument can be used for the Wii U controller as well, though that's a story for another day. It's also not as big as you might think.

Here's a few more pics for comparison. See how a human hand can still envelop the entire console and accessory comfortably? 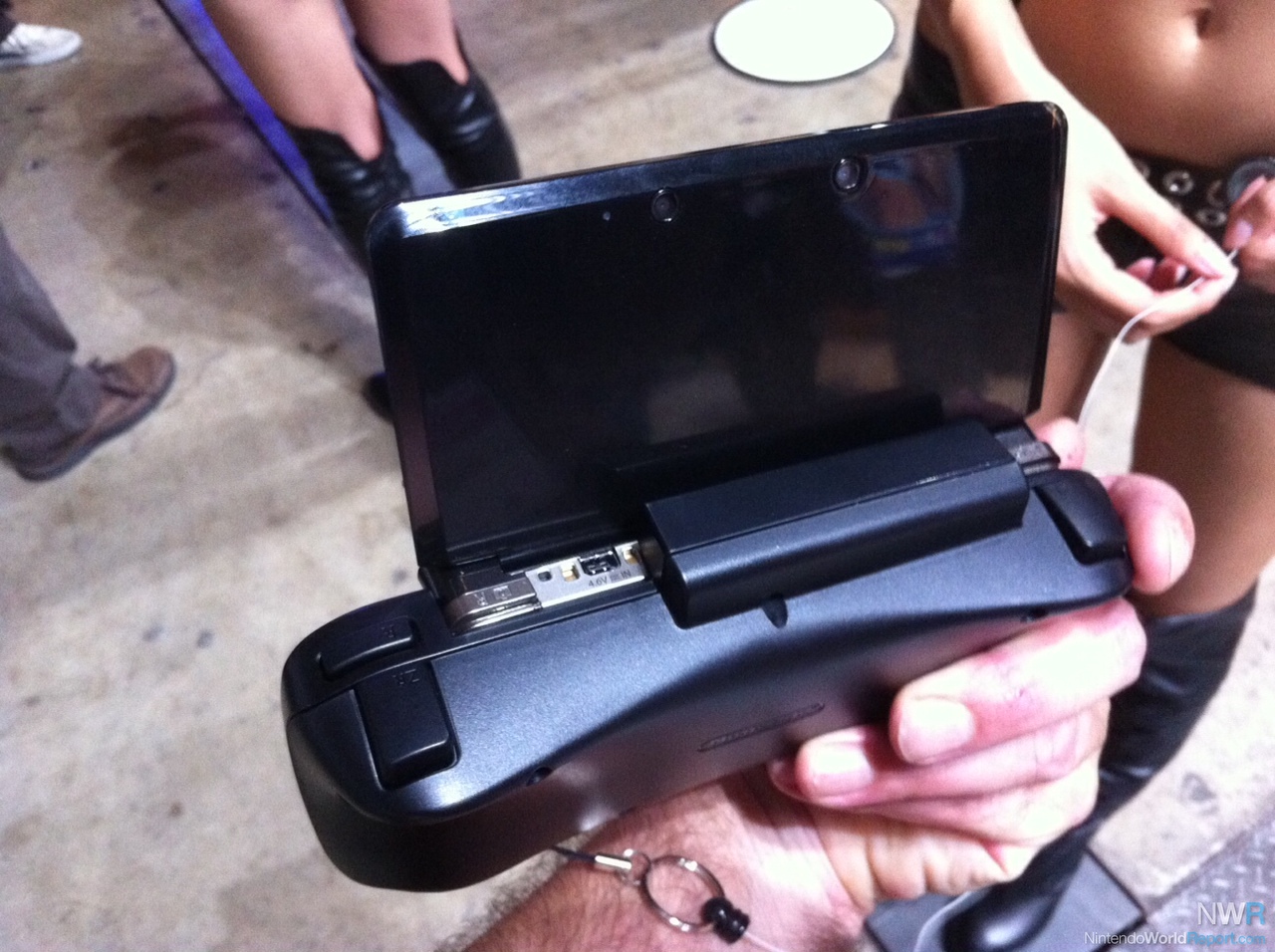 2. It is not a prosthetic arm or leg to the 3DS

Aside from the obvious size issue the other thing I keep hearing is 'I can't bring this outside!' or 'how is this supposed to fit in my pocket?'. Newsflash: It's NOT supposed to fit in your pocket. It only compromises portablility if you actually USE it. So go ahead, buy it, place the 3DS on top of it. But when you bring your 3DS out of the house, you can take the 3DS away from the Slide Pad Pro, you retards. People are acting as if the attachment is permanently FUSED to the 3DS the moment you use it. You don't have to take it outside if you find it difficult to. Oh but what if the game I play supports the use of the Circle Pad Pro? That's my next point.

3. It is completely optional

Note, I said 'support'. 'Support' meaning the game can be played with the Circle Pad Pro as an ENHANCEMENT to the experience and your controls, but plays PERFECTLY WELL even without the accessory. This is one of the biggest misunderstandings of the circle pad, that every game that 'supports' it can't be played without it. Monster Hunter 3G proved it pretty well; you can use the D-Pad to control the camera in the absence of the Circle Pad Pro, or you can even assign camera controls to the touch screen! That's what the DS line handhelds were made for anyway!

Same case goes for the rest of the supported games; they can ALL be played without the Circle Pad Pro. There, you just saved 20 bucks on an accessory you weren't planning to buy but still want to be able to play, say, Metal Gear Solid without the thing being force-fed into your mouth. You're not being ripped off, the extra circle pad is an OPTION, not a NECESSITY. I can't stress this enough, can I?

This does not disprove that there will be a hardware revision with the 2nd analog and extra shoulder buttons put on the 3DS (i.e. Wiimote Plus), but if you already own a 3DS anyway you can choose whether to get it or not, it won't detract from your playing experience.

4. It's more than just a circle pad

This one's minor, but also applies to the same people who don't hunt for info long enough (apparently 5 minutes is too long for some attention spans :| ) but it's not just the circle pad that the accessory adds, it's three shoulder buttons. Three. So many possibilities in extra control mapping and people miss looking at it because all they see is the front view. Though like I said before all this stuff can be integrated onto the touch screen.

When it comes right down to it, there are still genuine drawbacks to the Circle Pad Pro, and it still indicates a lack of foresight by Nintendo (unless you want to think that this will remain optional throughout the 3DS' lifespan), but it's definitely not the size, nor the controller support, that people should be complaining about. Do at least some basic research before making yourself look stupid.