I could give a rats @zz what scores what...I think Splinter Cell games are among the best games ever created. I have never liked any Metal Gear game...Even the one for the original NES sucked!
What do you mean, even. That game was the worst of all MGs, wasn't even canon, it's a crap port of the original MSX version. However, it's fine you don't like the MGS', all opinions. But I think, "Even MGS for PS1 sucked!(Although I disagree)" would be a better thing to say, being that it was critically acclaimed, MG for NES was basically obvious suck.

The DS disagrees with you on all those points. :|Timpanzee

What does DS has to do with Wii?What did gameboy have to do with gamecube flopping?

#3 phillippejr
Member since 2004 • 8901 Posts
#39 Fanboys follow what their companys yell them.For example the sheeps never use to say graphhics never matter until the wii.
13 years ago

#4 phillippejr
Member since 2004 • 8901 Posts
Did u write about the mods?They are fanboys who have control over us.They ban us for not agreeing with them.
13 years ago

1) All analyst views and polls are 100% accurate if your console of choice comes out on top. They are complete fabrications and biased viewpoints in all other circumstances.

3) I am a 'sheep', a 'cow', and a 'lemming'. I'm not sure how that's possible, but it seems if I post a comment that favors any one system - I am automatically a fanboy of said system and a hater of all others. Strange...

4) The number of consoles sold make a system more fun.

5) Only games that rank 9.0 and higher are any fun - anything less is a 'flop'. Unless, of course, it's a game made by your favorite company - at that point, refer back to lesson #1.

6) Playing GTA, no matter how much fun you might have, makes you a 'casual'.

7) Playing anything Mario related, no matter how much fun you might have, makes you a 'kiddie'.

8 ) Everyone here (including myself) thinks System Wars is stupid - yet we're all here posting away. Isn't that like a paradox or something???

9) Only if I can see every hair on a persons head move, or every little crease in their skin, or every little fragment of earth getting kicked up - can a game be any fun. And, if said game has a screenshot that verifies this image - it HAS to be posted here to show everyone how superiour this game will be.

10) Anything you state (even if it's your very own opinion) has to be supported with a 'link'. And, even after such requirement is fulfilled - the accompanying webpage will be tied back to point #1.

11) PC's are washed up and useless. Though most everyone in here needs one to post on this board - they obviously serve no purpose and are too expensive for the average human being.

12) There is nothing more educational or exciting than reading every detailed spec on an upcoming console. Tereflops, polygons, processor speed - all add up to the most interesting news a person can digest. It, of course, also proves that any game developed for such system MUST, by simple presence on such a powerful machine, be the most fun game ever created.

13) Unlaunched/unproven systems are better than anything already on the market - this is an undeniable fact.

14) Grammar and spelling are not needed in this forum. However, please note that any posts with one or two innocent mistypes will automatically be struck down as 'fanboy nonsense' and disregarded as such.

15) You favorite console company really cares for you personally - they are always looking out for your best interests.

16) Videogames must take priority over all other financial obligations. If you have a mortgage payment due, a car payment, escalating credit cards, whatever - you need to understand that the cost of gaming is rising and sacrifices must be made. And, if there is no possible way for you to fit a particular system (or PC) in your budget, then you are either poor or lazy. You need to get another job, sell the car, or let the house go into foreclosure to make sure you set aside the required funding.

17) Only people of a certain 'level' or posting count have valid opinions - interlopers and 'noobies' are ignorant fools. Though, in defense of this statement, the sheer amount of new topics started by new posters (which typically hold no more value than a pile of dog doo) has caused this statement to be true.

18 ) No topic is safe from trolls - if you happen to believe the sky is blue, somebody will undoubtedly enter the thread and tell you that the 'Wii is the suxor!!!11!!!'

19) Only games with an 'M' rating are fun and for the 'hardcore'. 'T' will sometimes qualify if it's your favorite game, but 'E' is a definate no-no. If you like an 'E' game, you're a child and as such, you will probably be labeled a Nintendo fanboy because we all 'know' Nintendo is the Kiddie Kompany.

20) My opinion never counts - everyone else's always does. And, because I don't always agree with someone else's opinion, see #3.

21) Almost forgot my favorite - pirating is 'ok' because it means more people will buy consoles from your favorite company (see my sig).  :)

22) It's fairly obvious that everyone in this forum was at E3 and played the games - everyone but me, it seems. :(

23) Every console that is released will be the next Dreamcast. Doesn't matter how much money your company has in its coffers - they are fully prepared to sell off the hardware division and develop software only.

24) Consoles never break and anybody states the contrary is either lying or exaggerating.

25) 'Damage Control', 'Owned', 'Meh', etc. are all expressions I've learned to use here and yet, this is the only place I would ever use such a phrase. My wife never seems to get it when I say 'ORLY' to her.
25a) Using any of the above phrases in 'leet' speak (IE. PWNED!!) proves superiourity.

27) Western RPGs are far superiour to Japanese RPGs, unless of course you are a fan of Japanese RPGs - then the opposite is true. Nobody is allowed to like both - you must choose sides and if you don't agree with my favorite, you are racist fanboy.

28 ) Rumors are 100% fact - unless, of course, you don't agree with what was said. Then they are fabricated lies meant to ruin your company and bring about its demise.

29) It is necessary, in order to prove ones point, to quote a 14 page thread. It's also good for your eyes to read such posts.

30) 'Bans' and 'suspensions' are merely inconveniences and only prove that your opinion was right all along. It also means you'll have to make a new account and be twice as annoying so everyone else will finally see the light.

31) Mods are always blind fanboys - if you get tossed from the forum it's because they didn't agree with your point of view.

32) Only sales in America matter because everyone knows that all posters in this forum are from America.

34) Good games are not to have sequals. Any sequal made is to be considered 'rehash' and is automatically garbage.
34a) Games that are made available to others who don't happen to own the original system the game debuted on are also garbage.
34b) Games that were once tied to a TV and then made available for a handheld are garbage as well.

35) Only reviews at Gamespot hold any merit - all other websites are created by fanboys. Unless of course, a game you were highly anticipating scores low on GS - then, refer back to point #1.

36) Everyone knows that only their favorite company has the ability to make an online service work. And whichever approach that particular company takes is obviously the best and proper way to do things.

37) Nintendo is the only company that innovates. In fact, Nintendo created the word 'innovation' and any company that uses that phrase is stealing. They are also the saviour of the videogame industry and if you don't respect them for that you are obviously a 'casual'.

38 ) The idea of owning competing systems is proposterous and nobody will believe you anyway unless you post a link that proves it. At which point, your link will be called into question as per point #10.

39) Any post that is greater than 3 sentences will inevitable be greeted with 'WALL OF TEXT!!' or 'Too long to read' or 'Summary?'. It doesn't matter how thought out or intelligent the post is - if somebody doesn't agree with you, you'll get the one sentence answer that attempts to discredit you.

40) There are no such things as girl gamers - if you attempt to come into this forum as a female, it will be assumed that you are a 12-year-old boy getting his 'kicks' by pretending to be a girl.

These are my top lessons I've learned - anybody gain anything else in here? Just curious...   ;)

agreed, but u know u will get flamed.All the companies only want money and thats a fact.

Look people, you have your freakin Xbox version of Splinter Cell, so why don't you just play that instead of wasting your time on the handheld Splinter Cell crap.revo_360

If ur going somewhere u could still enjoy it.Don't u know what hanheld ARE for? 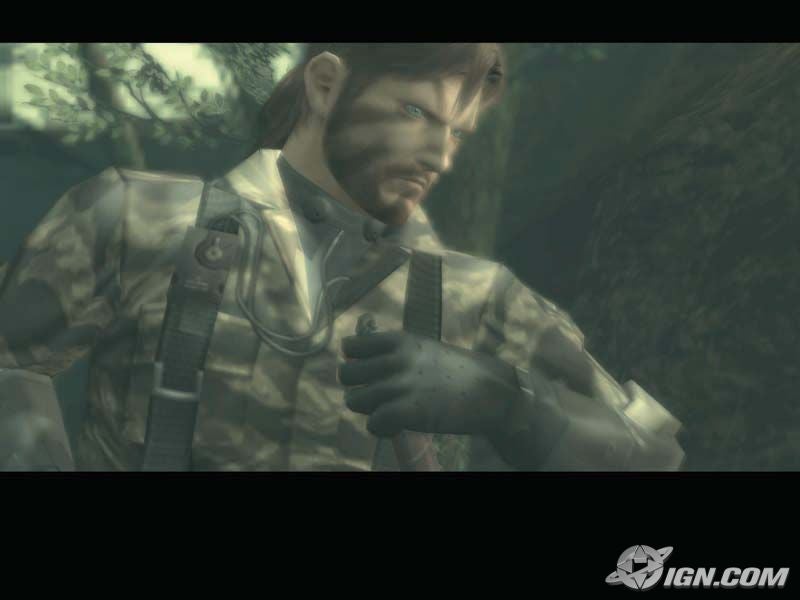 theres a few, like 3
Can you name them all please? I need to give them some type of award.

Can u list three sheeps that does not use the word cashal.

theres a few, like 3
Can you name them all please? I need to give them some type of award.