I present to you my friend ... his name is PC Siqueira! and he also is one, Vlogger very famous here in Brazil (maybe more than me. .... lie)

the fact is, he is my great friend, and he also is one of the Vlogs that I'll post here ...

the first video that I'll post here, was the first vlog that he did ... it was hard to believe that he would become famous with it, but whatever, I laughed too much even with this first video ...

Who liked the PC ... can follow him on Twitter ... or subscribe to his channel on youtube called Maspoxavida (I cannot translate this name... I don't know :P ) sometimes he also puts subtitles on videos ... sometimes!

if you're already getting sick of Vlogs ... I do not care, the blog is mine and I'll post what I want ... I love you! Good Weekend to All!

Finally... a real Vlog about one thing that make sense (or no), and not about my stolen posters (even it's important to me)... but whatever, now it's a real Vlog... and the best part is... Are uploaded in Gamespot! This is fantastic...

In this Vlog I'll talk about shoppings centers, cause I recorded this video three days after the steal of my posters and I had to go shopping to buy my scenario again ... The interestingly is that, in the next day after I posted this video on youtube, my posters appeared in my mail :| ... best for me.

Enough blablabla ... let's go to the Vlog, watch it below!

Now you know where I achieved my Clock :P

You liked my Vlog? Then Subscribe in my Channel Felipe Neto

Stories of vampires and werewolves are a mess lately ... I think we all know from why: * cof * Twilight *cof cof *... after we make swallowing stories of benevolent vampires who make us both sick and throw up a story with no rhyme or reason (or nothing if you really analyses) ... it's time to strike back:

Makes much more sense to me

Looks that now the glitches of videos dissapeared!!!

Who accompanied me back to the GS two days ago learned from my videos that I post on youtube and it suddenly started making a lot of success ... ok ... I promised I would post the videos with subtitles so you can also watch.

Yesterday I tried to upload one of them here in GS, but as you already know well, the glitches involving the uploads on the site would not let me do it ... ok, I will not get stressed because of it ... Then the idea was to post the videos with subtitles on youtube and here on the blog I link to you watch ... and that's what I did ... well, actually I was not, because I would translate, but it seems that someone has already translated the youtube video.

I started with the idea of posting the videos four months ago, after I saw a video of another Brazilian Vloger called PC Siqueira, so I decided to get an entire scenerio things to record all my videos, but then came an unexpected event ... wonder what was it? then watch the video? it is linked below and with subtitles.

almost forgot... the original video is posted in my channel, this guy did a big favor to me putting subtitles... if you wana subscribe my channel, subscribe on this channel

First thing I have to say: GlitchSpot!

I was extremely excited with my back to this blog, celebrating and showing what happened in my life these past months and I promised one thing: I would put subtitles on my videos and upload them here for you all to watch .. . but then a stronger force ultimately prevent it ... the Gamespot! Once again, I was unable to upload videos on this site .... and I just wondering ... if Gamespot prevents us from putting the embed code from other sites like youtube, vimeo and dailymotion. why then it does not create a decent upload system ... I do not know you, but sometimes I feel trapped, shackled here ... gosh every time a new glitch arises, and is usually related to videos ... is difficult for a site that cares for judging the technology of last generation games to create a decent system for its users?

just for the record, if a moderator see this, I also (and many other members) can not even delete our games of "now playing list" or "wish list" ... this is serious, do we have to endure this long, it's hard to Gamespot, when are offered for us a partnership with Raptr, are made up a video to explain to us how everything would work, but now nobody talks about the glitchs, sometimes many are moderated by complaining about the lack of respect they are getting.... I don't now why the word fascism come in my think :(

this was a special blog, you know why? because this was my 100th blog ... and I used it to talk about glitches in this site which I love, but people who are behind it seems not to care about us ... I hope this message is seen by someone important within the site, for something to be done ... because if something is done, means that my 100th blog was the most valuable of all the other blogs, helping all who suffer here with these glitches.

Hehehe, ok, It's serious now! I finally come back to GS!

I gave this stop, because I really needed, because "things" that happen to me these past two months have been extremely sensational!

as everyone knows (I guess) I am Brazilian, and you also know that I study Computer Science, I have one of the most viewed blogs of humor in Brazil, The Brain Brothers (Os Imãos Brain in the Brazil), where I post the adventures of three most crazy brothers of internet. ... ok, I can say that I had recognized in Brazil only by Brain Brothers and other humor site that I had .... until then I had 12,000 followers on Twitter (that three months ago and on my Brazilian Twitter , not that I followed you I just seasons ago).

But I realized that this was not enough!

Finally, I just inspired to create my own Vlog (on youtube) called felipeneto (my real name) where I criticize many things I see in society and think it's wrong, mainly related to teens! and .... and .... eventually became a huge success in Brazil, many who knew me by The Brain Brothers, but with the power of Youtube everything changes ...

My Channel on Youtube, in this video I'm talking about Trolls (Haters of the Internet :P )

Those numbers are very nice, aren't they?

3 days ago I ended up completing 20 millions of views on youtube (yeah, it's a lot of people :P ).

This print was taken 15 minutes ago.

well, now you know why I had to really have this absence of GS .... to organize my life, since everything has changed in the last two months ... I just signed a deal with MTV Brazil, it may disclose my content on the channel here in Brazil. This is Sensacional!!

but I don't stopped to think about the news that I would post here for you, of course, and will not forget you even being "famous" (Ego moment).

I've posted the link on my channel, if you want to register, feel free ... but my videos are all in Portuguese, I posted a video with subtitles in English ... but only one! So the surprise I have for you is that I'll put subtitles on my videos so that you can also watch them. o/ o/ o/

Another thing I wanted to tell is that I will change my avatar and my banner, I'll add this blog in GS with the ideas of my channel on youtube. In my avatar is placed a picture of me, so do not scare, i'm not too ugly (I guess).

And that is, it's good to be back, and prepare as many other new-things to come!

I want to tell one thing, but before we go to some strips of Once Upon Saturday!

And to finalize.... philosophy!!

After these strips, I have to say something: I'm going to vacations at the university today, I'm also taking a vacation from GS and blogs too ... it is the my vacation will last one month or two, depends on my grades that I still do not know what ... but before 1 month I will not go back, then this is the official announcement ... I will update my list of games here and everything, but I will post any blogs during this time ... that''s all, see you in a month.

Note: if Brazil win the world cup, I'll do a blog to celebrate and make fun of one who was not believing.

before the blog today, I would post the link for anyone who was curious about the image 5 of the previous post. Here's the Link

they are the masters of fashion, they know how to dress, trendsetters and still leave you dying of envy of their creativity.

Who doesn't appreciate multiple entry points?! Now I'm not saying you will be able to get that hand back if you slip it in, i'm just saying it's a possible place to put it in.

Awesome! I've been looking for a good picture to make an A, B, C's poster….. Hepatitis that is.

Oh wow that's neat, JanSport came out with a new flesh colored fanny-pack….wait…wait a minute…hold on…that can't be…is it really?…..OH MY DEAR GOD! Someone come and stab me in the neck so I'm distracted from this pain!

What do you even call those upward pull-through shirt tying thingys? Oh yeah, that's right…gay.

I'm having a hard time figuring out what event this woman is attending. If it's prom, she is obviously going by herself. If it's a wedding, let's hope it is for a Minnesota Viking. Chances are that it's the only thing that her cats haven't went to the bathroom on yet.

Well, it's almost summer, which means that we all get to witness more gems like this one.

Hey Tinker Bell, this isn't Neverland. I think it's time to grow up.

RAAA! You liked it!

Hello Champzzz!!!!! Who thought I died?? no no, i'm not died (to the disappointment of many), I was just taking care of particular things!!

The first thing I wanted to say is that I will not abandon the GS in any way, Don't worry.

The second thing is a kind of sad news, I deleted the blog Beyond Humor, appeared a partnership for The Brain Brothers very important and will have to work twice in the comics (it affect my absence GS these days, I was trading $ $ $ :P)... but for those who were enjoying the Beyond Humor, do not stress, I have a blog called Esquiloz like him, he is in Portuguese, but I think you will understand the content, humor after all understand no matter the language (and also because the site has more pictures than words). 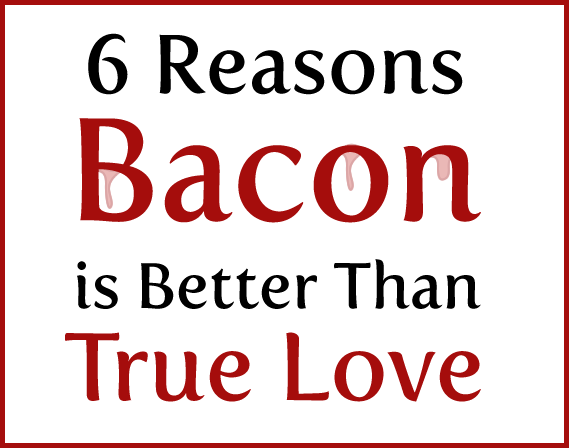 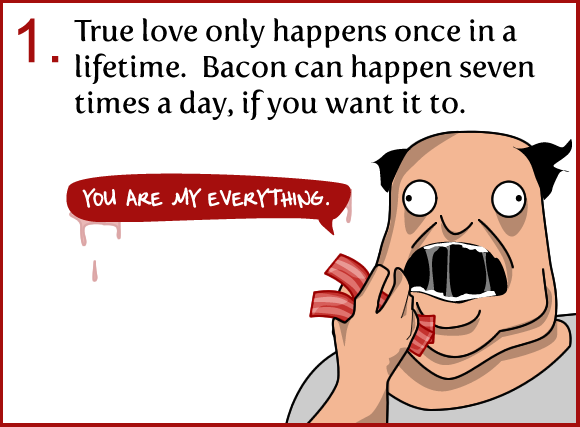 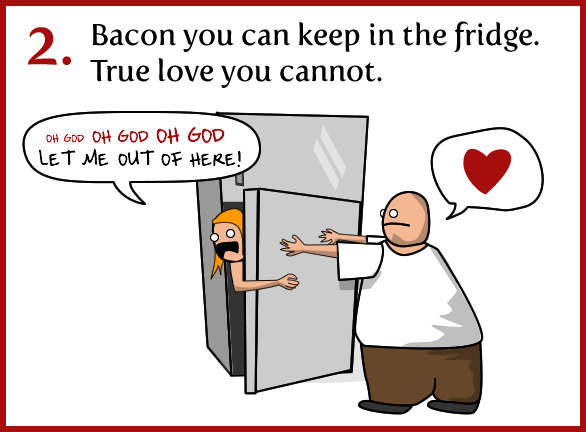 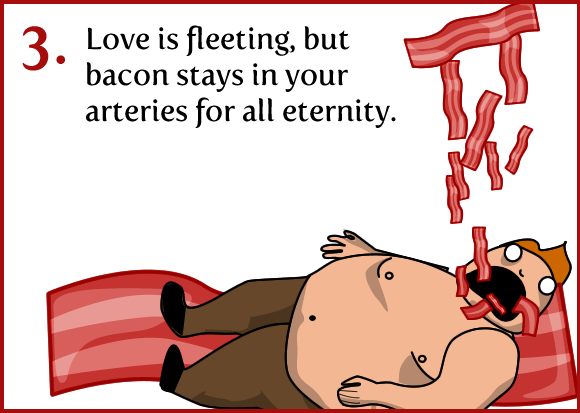 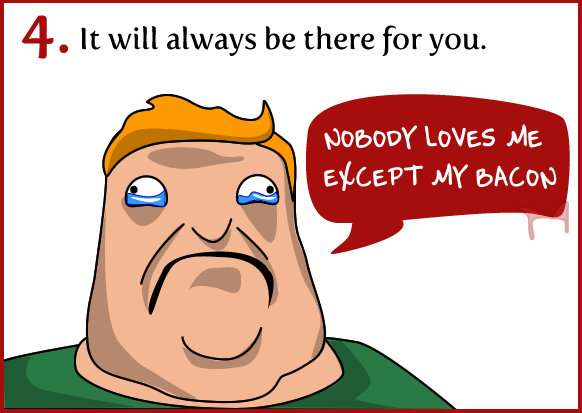 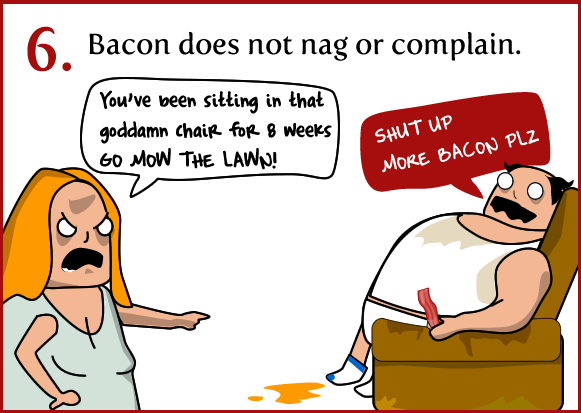 i dont have time to post in GS, so here the link to Beyond Humor, the site is updated!!