I'm fairly certain that fast rolls are in the game. The equip load just has to be much lower. The covenant issue is a personal issue. Hardly anyone used the artificial covenants that were in ds2. I'll admit that there was a hefty amount of homage to ds1, but it didn't ignore ds2. It simply did not; There just so happen to be more nods to ds1.

Pvp is a hit/miss situation with ds3. Near its end, the pvp in ds2 was better, but for the longest time, it was straight up garbage. On that note, and recalling ds2 covs, it was even worse with the ludicrous requirements for leveling up. The only real problem I can see is that invaders are heavily punished. A problem that has been there since demon's souls, but much more apparent in ds3. That's unfortunate for pvp enthusiasts, but take what you get or don't; people who enjoy pvp will duel, and people who like invading will get a raw deal. Thats just an issue that has consistently been rising. That's simply, well...for them, Unfortunate.

Aside from that, the layout of the landscape is much more consistent and appealing in it's design. It's not better than ds1, but it doesn't feel so unnatural as it does in ds2. The story is, imo, much more engaging and the characters are a delight. Also, quickly, let's also remember how many damn healing items were in the game. Yuck, (demon's souls all over again). Let us also not forget how many bosses were simply multiple targets instead one one decently designed boss. Ds2 was a good try... that's the best credit I can give it. It was bold in what it did, but fell flat. Its only real redemption came from the dlcs, but by then, it was a bit too late. If anything my complaints of ds3 rise from it's messy npc story quest fulfillments, it's decision to be more like BB with its speed modifier, the reapplied luck stat, the pvp invaders being screwed (even though I don't care for it), and the disgusting amount of swamp areas, many of which are filled with poisons of some sort. Overall, it brought me back from a series that I saw as pretty much dead in the water.

Well every other country seems to have a stick up its ass about us, so we're still in the red. Go Philippines, I guess.

Im fine with 21. I don't have an issue with them actually consuming alcohol at that age, and if it were to become a real possibility, I wouldn't stand in the way of that. That said, its certainly not something I'd welcome with open arms. Consistently, kids have been the top cause of accidents for a number of reasons. It shouldn't have to be debated that accidents (and deaths) would increase (a lot) if the age was lowered.

On the whole army thing... You believe what you want to believe. That's fair. Imo though, It's not really the same ball game. On one hand, there's a proposal that doesn't include a single benefit to society, yet all the problems. On the other, despite its issues, there stands an opportunity that offers a few benefits & experiences, should you decide to take it. Stepping up & Volunteering at 18 for a potentially high risk career that has you professionally trained seems a tad different than going against statistics all for the sake of a young adults convenience.

The sequel to Anaconda. Still not a fan, but honestly...

It's too early to really say, given that patches will be a thing for quite some time. That said, in it's current form, it's the weakest of the three. The atmosphere and environments are fairly flat and feel uninspired. The bosses are largely forgettable, save for a few. More than a couple mechanics are redundant, bizarre, unfortunate, or just downright bad. And the Pvp...things seem to be consistently going downhill in this regard.

The game itself is solid, and some of the features are more than welcome additions(especially if they improve upon them), but I see it as filler chapter in an otherwise stellar book. As for going into details, the good and bad mechanics I mention are pretty much that of the generally shared opinion(or downright fact) that any community known player has discussed. On a more personal note, they could have done more with the pursuer. A lost opportunity for something interesting there, I think. Something about it fascinated me.

I'm off to bed. Just thought I'd share the article, and see what you guys thought. If you think privilege has merit or not, etc. but I'll keep an eye out for updates on the thread tomorrow, and your response ML.

First you say the article is ultimately grasping at straws on most points, then say you can completely relate to some points. Care to mention those.

#5. Details on this in relation to my particular experiences would do nothing, but serve to further beat a dead horse.

#11. Quite familiar with this one. Luckily, I don't get it as bad, since I "dress and speak well"

14. Does this really need examples?

As I said, most of it I see as simply reaching in an effort to build the tally. Some perhaps, with a shred of meaning But there are little things that I can relate to on a personal note. I didn't check the other bullet points mentioned in the article. It's not something I agree with one way or the other. I feel like I can directly relate to some points, understand a couple of them from a neutral p.o.v., and dismiss the remaining.

For when you get into that random part of the internet. Most points, I would ultimately see as straw grasping. Historically speaking, whites are no stranger to the same treatment, and by their own race no less.(The Irish, anyone?) But, there are a few points where I can personally relate.

Being mixed, I've found myself in rather awkward situations that completely relate to some the article's points. It's worth a mention, I suppose, that it's not just talking about blacks. Parts all over the world would suggest that the term is utter nonsense, however I get the feeling it's the U.S. "issue" that's being examined. In reality, it's a subject that gets as far as the U.S. gun debate . As Bill burr so accurately put it; www.imright.com

My shuffle plays the same sh- over & over again. It's useless. In any case, that's what I was given. 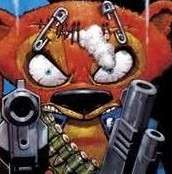