He's still conservative but he's like your typically awesome grandfather who takes selfies with you.

No. Racism is racism regardless of race.

Height is irrelevant since it can be corrected on screen just like the lotr and iron man trilogy. I'm surprised since I thought Jamie Alexander would get the role, and I thought she was perfect for the role of Wonderwoman.

I forgot to mention this as well: A low-wage worker can also join the armed forces which offer pay and benefits during and after a person's service. That is, provided the person doesn't have any serious medical or criminal issues before and during service and is physically fit. Of course, and from what I understand, it's not perfect but no organization will ever be "perfect" but it offers something substantial compared to other jobs.

So a viable solution for a low-wage laborer is to join the army and fight pointless, imperialistic and colonialist wars that would mess his life up forever to better his living standards? Why not just try and create a job market that is of better conditions and wages? The army can only accommodate so many people after all. You'd be willing to suggest anything, no matter how enviable or absurd it might be, as long as it doesn't actually help people and create a more egalitarian economic order.

There is no beauty in capitalism, at least in the U.S' implementation of the theory. The reality that in the U.S there are a few who own billions while other millions who own little to nothing speaks heaps on the misery that capitalism is bringing on the people. The accumulation of wealth in the hands of a minority is never a good thing, its beyond delusional for one to think that a few people with this much money will do a country any good. The myth that capitalists with their accumulated wealth stimulate the market and that their interests and the interests of the workers are the same or dependent on each other is laughable and ridiculous at best. It only applies for a brief period of time then after saturation begins to hit all markets and professions, and after competition is reduced to oligopoly in the better scenarios and monopoly in the worst of them, people start to get screwed. Everybody is working their asses off and markets are full of countless commodities of great value and utility, yet it seems all people are window-shoppes.

You may disagree of course that much liberty you do have. But I really don't see why so many Americans defend such a status quo. I really don't give two fucks about your GDP and the U.S' share in the world's wealthiest people. At the end of the day, there are many states whom citizens enjoy superior lives compared to those of Americans despite the size of your economy, the scale of your technological advancement, the resources at your disposal and the fact that the U.S is the superpower of the world.

Alright first off, capitalism has been more beneficial than it has been a disadvantage and while it's not perfect, it's the best economic system because when you allow choice and competition, people get creative. There's new technology and innovation, people get wealthier over time, and the list goes on and on. However, if the government stifles competition and allows only a few to succeed then yes you have a major problem and that is the government's fault and perhaps CEOs who were greedy and took advantage of lobbyists and congressmen. Is it fair? No. Is that the status quo I'm defending? No. Is it capitalism's fault? Perhaps. Should we eliminate capitalism and create an egalitarian order? **** NO. Soviet Union, Mao's China are all great examples of what that's dumb.

Second, I said that there are many paths in life a person can take so it can be technical school, college, and/or military service so it doesn't have to be one thing and like I said before shit does happen so your plans could change for the best or worst. Also there are four branches in the Armed Forces (Army, Navy, Marines, and Air Force) and all offer a diverse range of jobs, from technical support and admin to truck driver and infantry, and yes you can pick your field provided you don't do open contract.

Third, there are many paths a low-wage worker can pursue provided they are motivated enough and yes there are certain things that can hamper a person's ability such as a criminal record, medical issues, family, whatever. The argument was that low-wage workers are equal to slaves but that's bullshit.

I sort of agree with what you said. Personal stories can be motivating until you know the full story. Personally I was trying to join the Marines with a juvenile record (it was one thing) and despite my hard work and effort, the commanding officer rejected my waiver so it was a major disappointment but it was bound to happen because I was joining at a time when all of the Armed Forces were downsizing in manpower. When I saw a book on Adam Brown, a Navy Seal who had 11 felonies prior to when he joined (the whole story is legitimate, so google it), I was motivated until I realize he knew a commanding officer who vouched for him. That and I believe the standards in the late 90s weren't as high.

But still, I'm sort of motivated enough to know that it's possible despite my disadvantage. This sounds cheesy as hell but we all write our own stories and we can take personal anecdotes to heart to motivate us in times of darkness.

@GazaAli: Forcing employers to pay wages that they can't afford it not the type of thing that's going to give employees more money. It's going to put people out of business. I am for the working man, the little guy. I'm not a fan of pricing labor further out of his budget. I don't think that making the price of doing business something that only the wealthy can afford is the best way to give the little guy a hand up.

I never said that the simple increase of wages is the solution. There are many other ways that can give a hand to the working class, like lowering taxes on the poor and those belonging to the middle class and raising them on the super-rich whom taxes can make a serious difference given the scale of their wealth. Better social security and a national healthcare system can make a huge difference in the lives of the vast majority of the population. Spending more on public services and subsidizing education beyond high school can give many of the underprivileged members of society better prospects in life.

These are just to name a few at the top of my head. Still, simple increase of wages shouldn't be dismissed altogether. In fact all of the aforementioned will contribute to the increase of wages of both minimum-wage laborers and those belonging to the middle class, and increase the gross income of small/medium business owners which will consequently employ more people and raise the standards of living for actual people.

Subsidization of education can also dilute a college degree making it utterly worthless, and then there's waste and mismanagement. The reason why college is expensive is because there's a high demand for it now because of the preconceived notion that degree = job which is complete and utter bullshit if you think that's the only path. Unfortunately it is becoming the only path in life and now you have to have a masters to get anywhere. Not only that, colleges are competing against each other like crazy by spending more on amenities to make their college more attractive. They're relying more on their reputation instead of their value.

If anything, I think we should make high school matter more for jobs and careers that shouldn't really require a college degree like journalism. That or subsidize the student. I saw this from "The center for college affordability and productivity website" and it was an interesting read. I've skimmed through and may have missed some parts though. Of course it may be

@leviathan91: Probably because you think it's easy for a low-wage worker to do all that. As if fixing their situation is as easy as turning on a light switch. It gets even harder if they have a family to care of. Obviously they are different than a slave but don't pretend like someone near the poverty line is living in paradise or is significantly better off.

inb4 pull up boot straps or other conservative catch phrases

And they say I'm delusional...

I never said or implied it was easy. Anything that's worth having is going to be hard to get. Again, what I stated was that a low-wage worker is afforded far more opportunities in life that he/she can take advantage of than a slave.

It's never going to be easy and yeah, it does mean pulling up your boot straps, because that's how life is for everyone, or mostly everyone. You'll have your Paris Hiltons and Kim Kardashians but sometimes life is unfair and shit happens even to the best of us. I never said our system is perfect but people in the United States have more opportunities available to them in forms of college, technical schools, military service, and etc.

I forgot to mention this as well: A low-wage worker can also join the armed forces which offer pay and benefits during and after a person's service. That is, provided the person doesn't have any serious medical or criminal issues before and during service and is physically fit. Of course, and from what I understand, it's not perfect but no organization will ever be "perfect" but it offers something substantial compared to other jobs.

The beauty of capitalism and competition is that a low-wage worker can get a different job from a different place that can offer better incentives. And then there's the government that can provide relief if the person is eligible. There's also community college and technical schools that a person can receive an education and/or training for a better job. Of course, there's also government relief and financial assistance for that as well, and both paths offer a long term advantage.

A slave on the other hand doesn't have those luxuries and his/her life depends on the kindness of his/her slave master.

Wow this is comically delusional.

I wish I was her intern (you'd understand if you saw Thor 2).

And here's a bunch of random pics of models, actresses, or whatever that I don't know:

Wow she is very gorgeous, her eyes are amazing

Indeed. Her name is Mara Kerr. Here's some more pictures but unfortunately that's really about it. Don't know anything about her.

I'm taking a shot in the dark here; but I think he wants you to stop posting in this thread.

Obviously, some of the people in this thread are very defensive over my criticisms of it relative to the objectification of women, but it's a public forum. The thread itself is offensive, thus it merits such criticism. I don't understand the intent in posting that particular comment, however. Was I supposed to be insulted by it? Was it intended to a homophobic or otherwise anti-gay remark? Objecting to the objectification of women (or men) is not a sexual orientation issue.

Because this is a public forum, we all have the right to respond to your criticisms. It's called debating and this is the wrong thread to do so. Create another thread and you'll get a proper audience and debate but here, you won't. 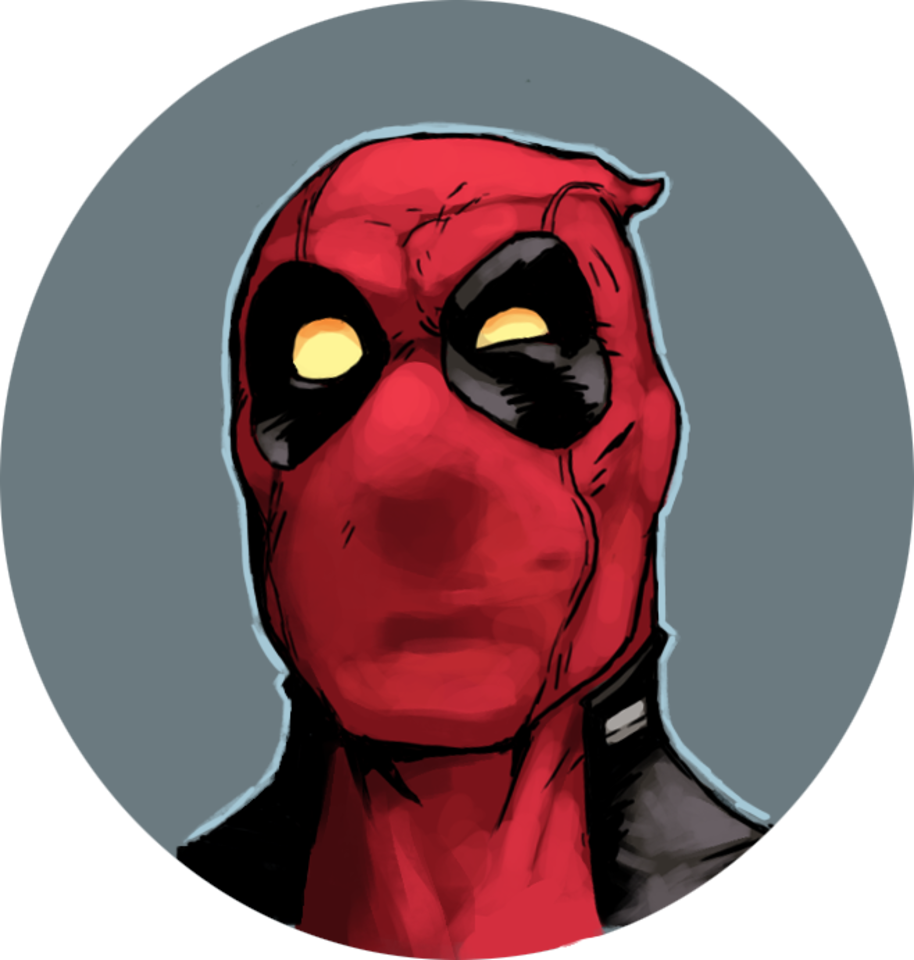