@Xristophoros: lol... I'm digging deeper. It's referred to by single serial number, but the serial number implies it's meant to be seen as two separate parts: Production number: 101-102/721

Thanks for reading. I appreciate it!

@Xristophoros: I counted Encounter at Farpoint as two episodes: Part I and Part II. The official site, unfortunately, offers no help on this! It lists them as two separate episodes, but lists them by serial as one episode. Memory Alpha lists it as two. But yeah, if you consider the two hour pilot a single episode, this would be 8, not 9. :)

@Iamkalell: These were the "Hollywood" ones, I believe. They were put out as promos for the third movie though, not the first. Hold on let me look around.

Edit: Yup, Google image search for Movie Star Turtles. I actually didn't have these, but they look pretty cool!

@deakenblack: Face Doink always got over really well with the kids. But Heel Doink--the one I talk about in the gallery--is the one that didn't get the attention he deserved. Heel Doink was also played by a totally different guy than the Doink that became popular.

@SlothfulPunk: WWE made a really, really poor call. They just needed to stick it out one more year, and the problem would have solved itself, because NXT is stacked with talent. Now, when Ricochet and Aleister Black and Cien Almas finally debut, where exactly, do they go on the card? There's going to be an embarrassment of wasted talent. They brought up Ember Moon, and as it is, they can't figure out what to do with her.

@fubsy: Hey man, thanks for reading.

I was embarrassed, because if it was done sincerely (and it wasn't, which made it awesome when he low blowed him), it was completely unnecessary and awkward. And it is absolutely out of the ordinary for the WWE, as a promotion. You'll get a handshake or hug on equal footing. Every now and then, during a belt SWITCH, you'll have the former champion hand the belt over, man to man or woman to woman, to the NEW champion. But for a challenger to kneel and present the belt (that was never his to begin with) to the champion, who rightfully retained it? I dunno man, that's real weird.

I mean, personally? I think that was the point. It was supposed to feel weird and awkward. Like, "Aw man, you shouldn't have to kneel. You're not lower than... OMG heel turn!" Not everything is about race. But not everything isn't about race either. I mean, the "No Speak English" line was obviously a goof on race, or at least, his status as a foreigner.

Typically, the What? chants are never delivered at a babyface (or at least one who's over with the crowd--Roman doesn't count). I mean, I'm not the only one who's made that observation about the crowds and how they respond to Nakamura/Asuka. It's not even as dramatic as you said -- "sown with racism and hate." I wouldn't take it there. It's just... I don't know, lazy?

If you don't think there's something racial there, you have a lot more faith in the trolls than I do. It's not the majority. But is there a vocal fraction of the audience that is there to antagonize. I mean, I hope I'm wrong, and that I and a lot of people are reading into this. Unfortunately, I don't think I am. 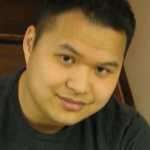