So I just got a backwards compatible PS3, and it's hooked up to my HDTV with an HDMI cable. When I put in PS1 games, they run fine. But whenever I put in a PS2 game, they always appear off-center or warped on the screen in some kind of way. Let me explain. When the PS3 loads the PS2 disk, my tv goes to a blue screen for a second where it says "No Signal", then an image comes back to the screen and the PS2 game loads. However, every single time it loads there's some kind of static effect on the tv for a split second before the image appears off-center. For example, what is supposed to be at the top of the screen is in the center, and the bottom runs off the bottom back onto the top, so the image is split in half, with the top half on the bottom, and the bottom half on the top. Something like this always happens, so the picture is never portrayed correctly.

Now, the weird thing is that I can get it to look how it's supposed to just by changing the input on my tv to something else for a second, and then switching back to HDMI (I guess it reloads the image and projects it the way it's supposed to). Even though I can correct it, though, it's annoying to have to do this. Also, when playing a game, it may or may not randomly turn the smoothing off so the image looks sloppy. That also happens sometimes when I press the home button. These things are also fixable by changing the input and back, but once again that is annoying to constantly have to do.

So is this a problem that everyone has with PS2 games on an HDTV, or is my cable just a bad cable? Because everything else works fine. PS3 games look beautiful and run how they're supposed to, and PS1 games, though sometimes not pretty to look at, run right. PS2 games look great when the smoothing is working and they run fine, but the image always gets messed up somehow and I can't think of any cause to it besides my HDMI cable or even my tv itself, though I doubt it's that. Any help would be much appreciated, because I only want to spend on a new cable if I really need to. Thanks.

That didn't seem to really do anything. Does anyone else have any suggestions?

Hey guys, I just got a PS3 (60gb backwards compatible model if it matters). I use online from a wireless router, but there seems to be certain problems that prevent me from playing online sometimes. For example, in Mortal Kombat vs. DC Universe, I can connect online and play games when someone challenges me, but every time I challenge someone it tries to connect and then says "the game session is no longer available". In Tony Hawk's Proving Ground, the online just flat out doesn't connect every time I try to join a game. In Mortal Kombat II (downloaded from the PSN), it works if I host a game, but if I try to join one it gets disconnected. Yet, in Call of Duty Classic, the online works perfectly for the most part.

What can I do to fix this? I have a Linksys wireless router and have a Mac, and I've had problems like this in the past with other systems. I had a guy come over about a year and a half ago from a computer store who got my online to work on my Wii, but then it didn't work on my DS. I think he was changing the connection speed, and then eventually he found a good compromise so that both the DS and Wii worked. However, I later found out that the DS had similar problems to what my PS3 is doing now, where I can connect online but in some instances it won't work (for example, in Pokemon: HeartGold, I can connect to the GTS, but if I try to connect to someone with their friend code then an error screen pops up). This is really frustrating, so if you guys have any suggestions please help. Also, let me know if any settings like Port Range Forwarding, Port Triggering, DMZ, etc needs to be used, because these are things in my Linksys setup screen that I have no idea what they do or how to correctly activate them.

Looking back at the history of gaming, there has always been a number of great RPGs that never made it to America. If one was to import some of these games, would they be playable at all if you're not familiar with the japanese language? Are there online guides anywhere to walk you through these games? Or do any of them have an English language setting?

I vote for no because treyarch is working already in a vietnam cod!dakan45

We realize that, I've stated that already. CoD 7 (which is being worked on by Treyarch) is pretty much already confirmed to be set in the Vietnam/Cold War era. The point of this thread is to discuss CoD 8. I found that article in the original post and got excited about it, thinking it was cool that Infinity Ward would be making a future-style Call of Duty. However, I couldn't find any other source on the internet stating the same thing, so now I'm starting to believe it's not real. The other rumor seems more realistic, about IW taking a break and working on a new IP possibly.

CoD 7 will be Vietnam. That's being made by Treyarch. I'm talking about CoD 8, which will be made by Infinity Ward. I'm just wondering if it really is going to be set in the future or not. I think that would be interesting.

Well I'm not doubting that there's going to be a Call of Duty 8, I'm just wondering if this article is credible because it says CoD 8 will be set in the future.

I just stumbled upon this articlehttp://www.rawcritics.com/alternate_reality/call-duty-8-announced-treyarch-overshadowed-again, but I haven't found a single other website mentioning this. I was wondering if it was legit or not. 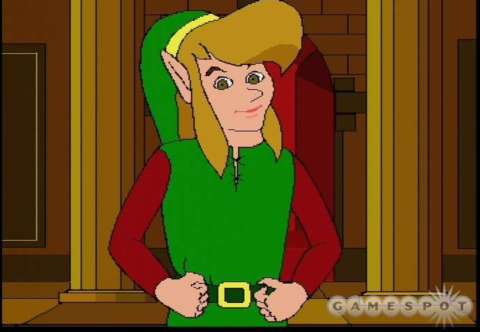