Released in 1986, the Master System was a mildly successful home console. It was the chief competition for the NES and the Atari 7800. It sold 13 million units worldwide, which is the second-most for any SEGA console, but it never really caught on in America or Japan. It was most popular in Europe and South America.

There are many, many ways to play a Master System. First, you have the original home console: Next, you have the Master System II, a hardware remake: And we can't forget the Power Base Converter, an add-on that allowed Master System games to be played on the Genesis:

And finally, we have the Master Gear, which allowed Master System games to be played on the Game Gear: 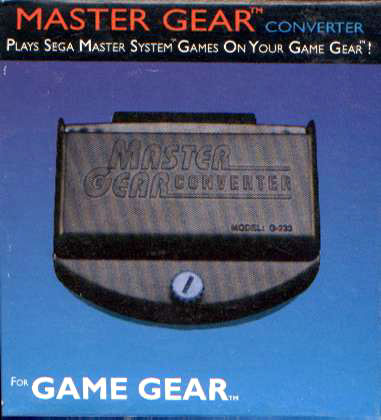 There were also some hardware remakes released in Brazil, but we won't worry about those. It's about time we got down to the hardware capabilities.

The Master System was more powerful than the NES and Atari 7800. Here are a few screens:

You get the idea. It was a very powerful system for its time. 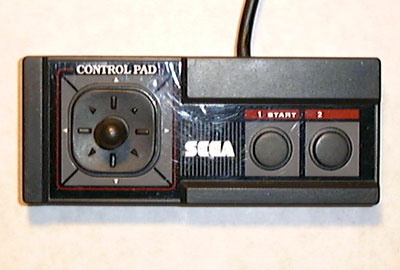 This controller is one of the best I've ever used. The buttons are very, very soft and easy to press, but they're also incredibly responsive. The d-pad is simply outstanding, and I'd actually have preferred if SEGA stuck with it for the Genesis. There isn't a whole lot else going on here. There were also light guns, arcade sticks, and different control pads like you'd find with any other system.

It doesn't get much better than what you'll find on the Master System. Alex Kidd, Wonder Boy, Shinobi, Space Harrier, Sonic, Phantasy Star... Everything you'd expect from a SEGA console and more. There are more great games available for this system than you'd even have time to play. Shooters, platformers, RPGs, sports games, action/adventure, driving games, dungeon-crawlers--hell, there are even some good early fighters on the system. There are really no holes in this system's library. It's got something for everyone, and certainly more than I can begin to elaborate upon here.

SEGA must've had a lot of fun with this one. They created all sorts of whacky accessories. I actually own a pair of "SEGA 3D Glasses", which are supposed to create 3D effects in compatible games (they really just give you a head ache, but they're awesome anyway). They plug in via the card slot on the front, which I'm sure you noticed in the pictures above. The slot was mostly used for accessories, but some low-budget games were also produced in card form. Also, if you actually get a Master System, try turning it on with no games in the cartridge slot. Most systems have a game built in, and the game is different depending on your specific model.

There is no reason at all not to own this system. It has a great controller, an outstanding library, and great hardware for the era. If you've ever played a SEGA system before, you'll feel right at home the first time you turn on a Master System. The system is very cheap and easy to find these days, and most of the great games are the same way. Why are you still reading this review, when you should be out trying to track down a Master System? Overall: 10/10.
Load Comments