@Ark1of712 @enzo2606 You are right! It was a nonsense comment. What I meant was that I live in an small apartment because I'd rather to live near the office given the traffic ham (what makes it expensive). I like playing videogames in consoles. If I would want to buy the Xbox one, I will be force to buy it with the Kinect, even if I am unable to play with it given the limited room I have at home. So, It makes me feel frustrated because I am very technological oriented and I don't like to feel limited. Thanks for the comment

The main function of a console for me is to play videogame. I really do not care about living room feature that control TV cable, etc. In addition, the Kinect 2, despite of being an impressive addition, it is frustrating to me given that I live in a really expensive but really small apartment, so I do not have room to play with Kinect 2.0. So what I really will take advantage is hardware power. Running 1080p games might not be the main thing, but if you play console in a 55" TV very close to you, resolution become important.

On the other hand, Sony has several exclusive developer that makes AAA games (Killzone, Uncharted, God of War, etc) vs (Halo and few others).

I think that Xbox one is impressive. I will do my best to buy both console. But If I have to choose one, It would be Playstation 4.

I understand that Xbox has several advantage. I have Xbox 360 and PS3. For me, convert my currency in USD is really expensive. PS3 gives me free online multiplayer. In addition, I do my effort to be PSN Plus, I do not only have cloud storage but also PSN gives me several game every months. I played at least 5 free games (Metal Gear Rising, Darksiders, Mafia II, Remember me, Reckoning, etc, etc, etc).

The only console that fail to me was Xbox 360 (RROD). My old fat PS3 still works perfect. What I do not like about the PS3, it is the dashboard, trophies take a lot of time to load, it is not so responsive. Xbox 360 is fast in that sense. Achievement was initially placed by Xbox. Trophies were included years later.

I like both console. But for me, Playstation is the console for gamer.

The sound of music is really important to me, not even in gaming but all in TV shows, movies, etc. In term of games (current generation), Halo 3, Metal Gear Solid 4, Alan Wake, Castlevania: Lords of Shadows, amongs other have excellent soundtracks (scores) that made me feeling more involved in the game.... Not metion previous generations (Final Fantasy, etc). In term of TV shows, LOST has a terrific, amazing, incredible soundtrack, by coincidence I am listening it right now.... Well, the music in games give an extra that some gamers would highly appreciate.

One of the best action game series out there.... I already pre-ordered my GOW3...

DirectX11 makes consoles obsolete... Either PS3 & Xbox 360 shouldn't wait long in showing up the nextt-gen... Their GPU are really obsolete... Both have mid-end DirectX9... Huge advantages have appear between 11 and 9....

Nobuo Uematsu is an excellent composer, some of his song has become a masterpiece still listening after 20 years of being composed. I agreed with "portej", Gamespot should have been left original Nobuo Uematsu voice and put subtitle in English in the interview. 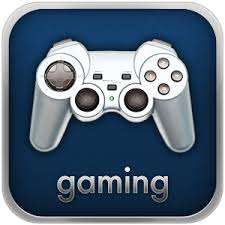