It's understandable to not be into Fallout 3. It's an old game and it's charms might have worn off for first time players. But man, I adored that game when I first played it a long time ago. Sure, the combat is terrible, there are a ton of bugs, and the framerate can drive anyone mad. But the heart and soul of that game and its awesome spin-off New Vegas (which I say is far better) is exploring and having your own unscripted adventures. Heading out from Megaton and returning with completed quests and various items. Talking to the colorful NPCs, exploring every corner of every settlement you find... The games were truly special for those reasons. And the best part was you could do whatever you want whenever you want.

That said, Fallout 4 traded what made FO3 and NV special for better and more shooting and crafting. It's a shame for me but perhaps that game is more your cup of tea?

Ni no Kuni is a wonderful game. One of the best I've ever played, I'd go that far. My only trouble with it would be the complexity of the controls, the endless list of tutorials/hints, and how hard it is to jump back in after spending months away from it. It's just a massive game. One that I still haven't come close to beating (I'm OCD about doing every little thing in one area before moving on to the next). The sequel looks awesome.

I'm with you in that the best game I played in 2015 didn't actually release in 2015. For me it was Persona 4 Golden, which alone is making my Vita purchase justified.

I like the Pixar rankings. I may not agree with it exactly, but I respect that it's original and varied. Most lists I've read either are dominated by Toy Story or just have just the Brad Bird movies at the top. Personally, my rankings are always changing. Right now, I would put Toy Story 3 atop the list because of how personal it felt to me. It truly moved me unlike any movie I've seen apart from maybe Eternal Sunshine of the Spotless Mind or The Illusionist (the animated 2010 one). My two spot is unequivocally held by The Incredibles, dwelling at the bottom would be both Cars, Monsters U, and Brave, but the middle always changes.

That is a solid lineup of games for the Wii U. But as great as all of those games are, the list is also a tragic example of the Wii U's fate for two reasons. Reason one is obvious, there being only two third party games. And while I respect the notion that people buy Nintendo hardware to play Nintendo games, I just don't think that's a feasible business strategy for Nintendo to survive. I mean, not even Smash Bros., Mario Kart, a neat, heavily marketed original IP in Splatoon, and three true Super Mario games could get enough people to buy a Wii U. I don't want to play expert on why the Wii U failed, but Nintendo clearly has to do better with the "NX." It could be their last shot if it continues the trend of Nintendo's consoles underselling each other (the Wii being an anomaly). I hope so. The thought of Nintendo games on PlayStation or Xbox is a dark, sad one.

Battlefront II is my favorite. I also really liked Bounty Hunter. That game was ahead of its time in some ways. I'd love to see a reboot/sequel/spiritual successor starring Boba Fett.

The Jungle Book could be absolutely awesome. With the live-action reboot coming up, maybe it could tie into that? I also really miss the Tarzan "Deep Jungle" world from KH1, it was one of my favorites. I read somewhere that Square Enix and Nomura wanted to do Tarzan again in KH2 but that Disney lost the rights or something, and I think the live action Tarzan movie coming out next year has nothing to do with Disney. So if Disney doesn't have the rights anymore, Jungle Book could easily fill that jungle void.

@SloganYams: I've been meaning to go back and play Pokemon G/S/C as well. I never actually bought the remakes, mostly because I was so disappointed there weren't two regions like the originals. But every time I get close to dusting off the old GameBoy Color or even shelling out the price for a rare copy of SoulSilver, a new Pokemon game comes out. Not that I buy every version, but those games take forever to beat.

Enjoy, it's quite the machine. I'm jealous of the 1 terabyte drive... I wish I would have waited, not that 500gb is a problem.

@SoNin360: The thing about Nintendo games is that they are timeless. It would be easy to enjoy any LoZ or Metroid game today. And thankfully, Nintendo Shop offers many SNES and NES games similar to how the PSN sells its PSOne and PS2 classics. And they are always remaking games too.

@benleslie5: Phantom Hourglass is a classic, in my opinion. Although not underrated at the time, people don't seem to remember it all that well now that its nearly a decade old. It's kind of a forgotten gem. Spirit Tracks was great too. 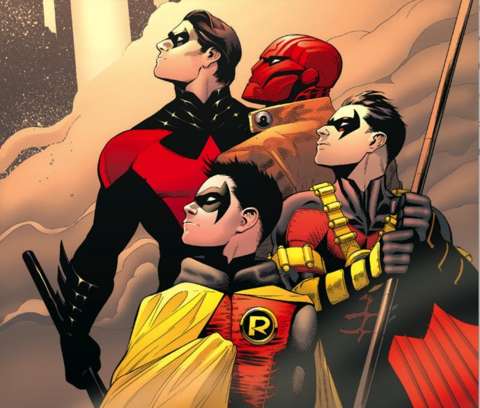