@altairdarius: Its a really good game and I enjoyed it, but the whole redfield thing at end made me feel like crap took me a while to get over it too as was so pumped up for game and playing it, then that happened and it was like I was slapped round the head, as was expecting chris and got some other dude lol.

@altairdarius: Oh and chris has had plastic surgery so as not to give him away as he is on the run.

@gokuKOG: Doesn't matter as it isn't him anyway, but you can imagine it is lol

@Archangel3371: lol are you sure its chris ha ha

Chris redfield?? ha ha that is not him, its someone else, just like what capcom did to dante in devil may cry, turned a kick ass dude in to a bieber lookalike.

Anyone that tries to defend what capcom has done obviously have no interest in the RE universe and to them RE7 is a different game, which it is, it has no relevence to previous games.

They have called it RE7 to cash in, they should have been honest and called it something else, yes its a very good game, but the whole redfield reveal at end spoilt the whole game for me, i'm not gay but even I could tell the difference between a scrawny un handsome man and the usual ladies favourite chris redfield, the real one, at least call this new guy joe or something, because it really is not chris, RE finished on number 6.

ps this is a good game, not bashing it, just capcoms decision to do another dante change.

They ruined a great game by changing chris redfield, they did the same with dante on devil may cry.

The ending ruined the whole game for me, with a stupid looking chris.

@jyml8582: It wasn't when I played it, but I didnt play it on day one when it was a buggy mess, after it was fixed its a damn good game.

I just hope the single player is equal to the mp.

Still waiting for my vauxhall chevette though. 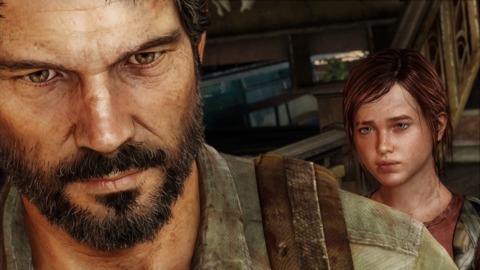