Gave me a new appreciation for cars.

Been watching Sons of Anarchy to refresh for the upcoming final season.

I like to watch a game of thrones episode from time to time as well.

Scary is relative. Plenty of things that don't scare you, scare others. Condemned scared me. Hardest difficulty and getting ambushed.

I'm bringing back this thread since I've been gone a month if you don't like it then oh well....

Did Melissandre get Stannis to go North? And what is his objective up there?

No, Davos did after he learned how to read he fumbled upon some letters from the Night's Watch asking for help and pitched it to Stannis and the Iron Bank for funding was also his.... however...Melissandre burned some folks that produced wind for their sailing.

Baelish as the master manipulator

That's no turning point. He has always been but we did get more insight to it.

Although I think Tywin got what he deserved, I am really going to miss Charles Dance. One of the best actors on the show; and his portrayal of Tywin is one of my favorite portrayals of a character on the show.

Amen. Charles Dance straight up nailed that role, it was uncanny. I think Dinklage was more so just a good fit for his but not to take anything away from him either. Those 2 are the best together and separate.

I think Lady Stoneheart should have been somewhere in season 4... at least a cameo. She was in the Epilogue to Book 3 so she seems past due unless they are throwing out that scene for her introduction which I guess would make sense.

There were plenty of things I could argue about the differentiating of the book and show but I enjoyed this season so much that I won't even bother because for the most part the plot stays the same course for all the characters except a few. I would have to say the battle at the wall and Castle Black was my favorite episode. It got a whole one to itself which was well deserved and the scenes with the Giants, Thormund, the Thenns, Jon and Yigritte were so well done IMO .Pity they killed most of Jon's friends off though.

Now this is going to be really interesting because book 4 and 5 aren't in chronological order like 1-3. Book 4 you get certain characters and certain places and then book 5 you get the ones book 4 left out and then it finally all catches up so that seems to be a real challenge depicting it on TV. So I'm hoping they will make 3 seasons out books 4 and 5 since we already got a little taste of book 5 with Bran and It will give Martin plenty of time to finish book 6 without the threat of the show on his heels .

On another note they are already advertising the DVD/ Blu ray release of Season 4 which comes out in February 2015. That will surely help the most pirated show....

Because Final Fantasy Tactics is awesome and underrated.

Great writing and superb acting. New take on a TV show and an antihero in Walt and Jesse.

You should never "hate" or admit to hating potential customers, after all don't they pay your salary whether directly or indirectly?

Of course your secret is safe with me and OT.

I work at Wal Mart and I have to deal with these types constantly but I don 't hate them. They just get on my damn nerves.

After all they are helping my big corporation of a boss suck the small business economy dry but I digress. 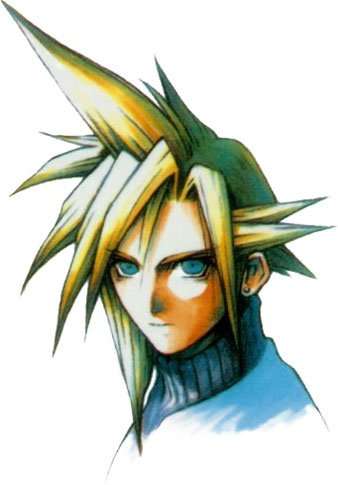