@rhymesmatter Calling it a fiasco is kind of idiotic.

@jackstraw419 Yes. They are being greedy. It's business. They want to make money, not give you the means to entertain yourselves out of the goodness of their capitalist hearts.

I don't care about kinect. I don't care about switching back and forth from music to movies to games. I don't really watch that many movies, and I do not stream music from my system. I just want to play games. The 24 hour connection thing is stupid. No doubt about that. But it is really marginal and a non-point, since so many people subscribe to xbox live anyway. There is no fee for us, last I heard, and we can still purchase used games from some retailers (I don't think they have said much else so there is no point in bitching about unclear details. I think that the ability to trade games between friends is pretty friggin' cool.

As far as Sony goes, I like the lack restraints on used games, there is no doubt that this is the way it should be. However, playstation users now pay to play just like xbox live. Sony showed no exclusives that really stood out to me other than Killzone. I don't care for Final Fantasy, Shin Megami Tensei, or all the other stuff coming out of Japan that is basically always the same. I don't give a damn about the indie developers and their bad low res NES quality games. If I wanted to waste time and money playing those I would go out and buy an old system, rather than spend 400 to 500 dollars to play stuff like that.

Everybody needs to slow down, let the details be fully fleshed out, get fully informed, and most importantly, figure out where the hell your friends are going, because nobody wants to play Battlefield alone.

@lonewolf1044 THANK YOU! FINALLY SOMEONE WHO RECOGNIZES THAT THIS IS ABOUT GAMESTOP AND OTHER USED/NEW RETAILERS WHO MAKE 100% PROFIT OFF THE USED GAMES THEY PUSH.

@Trail_Mix @blkgto I mean it really is like arguing with a bunch of idiots. There is a reason for this, and its not all about the consumer. It comes down to the used games market, which the devs, among other qualified, educated people in the know, have stated multiple times, yet you guys continue to beat a dead horse. Its remarkable. And trail mix, there are a lot of people on here who are above you. I agree. Kudos for those go-getters who are capable of critical thought. Loser.

There are some startlingly stupid people on here. Too many. I think we need a purge.

@Shahada1976 I would say the new xbox is new and improved. The restrictions are to prevent gamestop from making so much profit on used games (they make 100%). It is not so good for the market as this stuff is expensive to make, and gamestop puts an emphasis on marketing the used games, thus it hampers profit for the producer of the game.

Double dipping is acceptable. Companies do it all time, and people find ways to do it in the work place too. No one really cares if this clashes with your apparently shallow ideologies.

I also never said anything about losing money. Do you know what capitalism is? Or what business is about? It is about maximizing profit. Unfortunately I think I am probably explaining all of this to some retarded pale-faced basement dweller as everything people are saying appears to be lost on you, further emphasizing your lack of intellect.

@SteveTwo Thats a really good point I did not even think about that.

@jd7904 @blkgto @EL_Bomberdor I agree and for EA that is going to impact them. No more half-assed Maddens and Fifa's. Hopefully. The turnover rate for sports games is huge, and I think that is one niche where they may find themselves forced to put out a way better product. 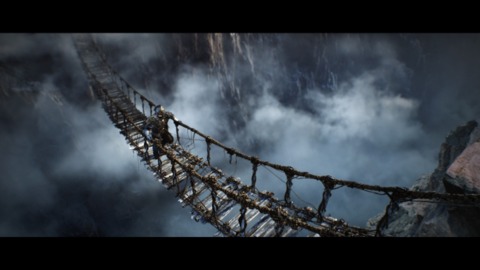