1) If she is Luke's daughter, there will be a far more intricate reveal then merely "sorry kid, figure you'd like the warm weather." I think there may be some other curve ball they throw in there in that regard. On the other hand, I would not be surprised if she ends up not being Luke's daughter.

2) The force itself seems to manifest itself particular in times of need, or when the shift of good/bad is too one-sided. So with how more militant and radical the First Order is, coupled with Kylo Ren's seemingly invincible status as being the only known powerful force user (excluding the Knights of Ren, which he is the leader of anyway), I think the force manifested itself to her in a much quicker and powerful way to balance things. All that being said, she of course has the potential to become a very powerful Jedi.

3) It all depends on whether Luke's training will involve her cutting off even the potential for romantic entanglements. And with how poorly written/executed the prequels' story of "disobeying the mandate," I really don't know what they'll do there.

To conclude, DAISY RIDLEY IS SO BEAUTIFUL. LIKE HOLY...

I think for me it was how I can project my negative emotions/feelings onto God, and feel so much better for it.

Likewise, it doesn't actually have to be God; it could be a plethora of different things. Point being, it is so relieving for me to just project my own problems, when they become too much to bear, on something else, and also, not to dump them out on an unsuspecting friend.

I would say I believe while still maintaining deep down that everyone is fundamentally, at least to and extent, an agnostic.

And it's that exact sort of "if the world has this such and such only negligibly different, we'd all be dead" scientific discoveries that compel my belief all the more.

Trying to explain how my personal faith affects my life on an individual basis would probably just make me seem absurd and looney, so that's usually why I keep it to myself on OT or keep it brief.

They also own ESPN, which was news to me. And yet apparently, that isn't working out so well for them right now...

I at first was going to pose the question 'how are you social,' but I felt like that would have too negative of a connotation. But what I mean by social style is the following: how often do you socialize, who do you end up socializing with (co-workers outside of work, childhood friends, classmates, etc.) and how do you usually decide to socialize? Are you methodical, out of necessity and/or preference, and so have a clear-cut schedule of socializing, or do you "wing it," and just call and/or text such and such person the day of to hang out?

I ask all this because I have noticed an abrupt change from when I was in high school to now. The amount that I socialize is roughly equivalent, maybe a little less, but oddly enough, it felt much easier to socialize when I was younger. Now, if people have kids, or two jobs, etc. then I definitely understand that finding that time to hang out and be with friends is going to be tough. But lately it seems to me that people are very lazy about even responding at all. Additionally, I find a lot more success with a phone call rather than a text, but I think it is because it is both a) harder to ignore (lol that makes me sound desperate) and b) that much more personal and thereby more engaging. But I will go hours between texts with people who I am fairly certain either do not have a busy enough schedule to not respond, or just opt not to, and I really don't know which.

All of that to say, I find that at work, it is very easy for me to be social and make friends quickly. Apart from that, it seems, either past friendship and/or going to something fairly frequent with them is the only way to maintain a semi-regular pattern of hanging out.

What do you guys think?

Mine is a toss up between classic Star Wars, Lord of the Rings, Gladiator, and The Dark Knight trilogy. I do also love the soundtrack of Donnie Darko, Into the Wild, and 500 Days of Summer.

What about you guys?

@micha_93: Talk to him about it and tell him it makes you feel uncomfortable, while simultaneously thanking him for showing that he cares about you. Win and win.

For myself, I know I very luckily acquired a job in the education world, so I am generally compassionate towards those who were ill affected by the recession. Prior to that job, I worked at an after-school program with a split shift while going to school. Started at 6, classes from 9-1, then work again from 2-6. And I was barely making ends meet.

The main problem I see is the assumption that those who got "hit" by the recession somehow deserved it, but that's the American dream for you. Survival of the fittest in a meritocratic system that is totally not meritocratic at all.

I have recently gotten addicted to Dominion. It's an awesome deck building game that has a nice rhythm and good amount of strategy. You're a "monarch" and the goal is to acquire "property" by gaining currency, action cards, and attacking the other "monarchs." Once a certain amount of action card decks run out, the game is over. I seriously can't get enough of it! There's another game similar to it called Ascension that I really want to play with very similar mechanics, but they were fantasy-esque.

Just barely missed the mark, but I miss the old days. I lurked more back then, and I actually learned quite a bit more scrolling through the debates way back when than my lousy private high school education ever gave me. lol 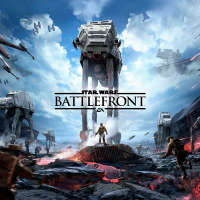