Well it seems that the year is wrapping up quite nicely, and the Gamespot polls just now opened. There are many categories to vote through,Game of the Year being the coveted award. Unlike some other years I really like the candidates for most of these categories. I can say that I was quite disappointed that Assassin's Creed wasn't nominated for a Game of the Year, even though it was very dull and generally disappointing I think it was still good enough just to make the list. Now that this jolly time has started lets review some games, categories, and possible winners.

Lets start off with the platform awards. Although this isn't really that specific, it had some good nominees for the best game for that platform. First nominee that I would like to talk about... 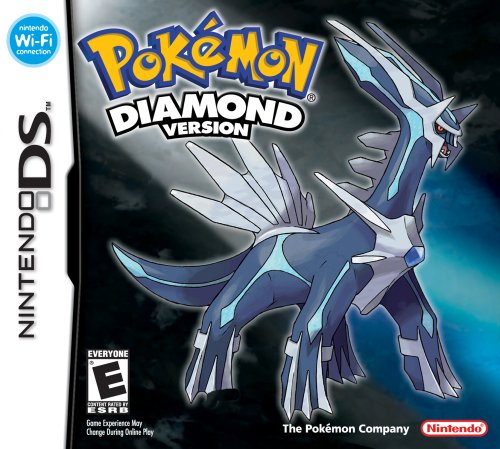 Thiswas a game that providednearlyone hundred hours of entertainmentfor my "adventurous" visit to Belarus. While I was sinking in boredom,visiting my old family and friends this game just never seemed to get boring, with the Wi-Fitrading and battling features. The game just went on and on and on, whichI really value in games.I really liked the whole new movefromthose basicPokemon games likePokemonYellow and Blue. This made agigantic leap from the Gameboy Advance tomultiplayer settings.With many features andhundreds of things you can do this gameis most likely the bestRoleplayinggame on the Nintendo DS of the year in my thoughts.... or maybe thats just because I played thissix hours a day for thirty days. Nope, its still not old.

The next game that I would like to discuss is..... 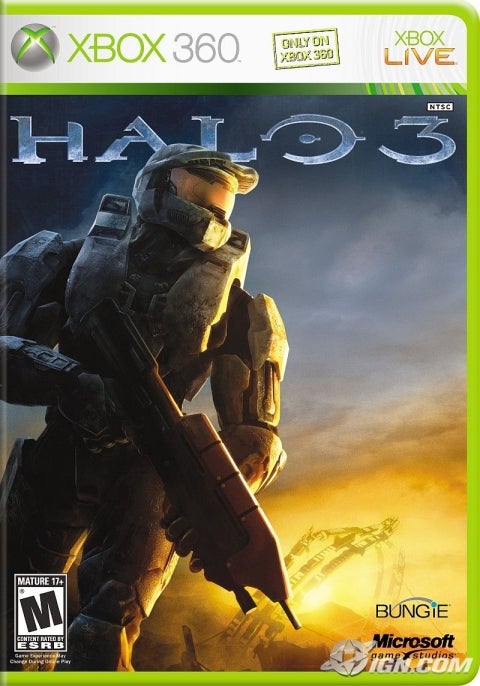 I can honestly say, without any exaggeration that this was the biggest release of the year, and possibly the most over-hyped release as well. This was one amazing game, the new features were great and the game was just overall very fun. This game did lack a few things though, which made it fall harder because of the high expectations for this release. Themultiplayer got a little bit stale after a couple of days which I didn't expect. This was a good release, but not a great release. It sold millions of copies worldwide as expected, but it was just not what everyone thought it would be, which is partly Bungie's fault. The previous Halo games were amazing, but this one had very little change from the former versions which surprised some people including me. Just new weapons, vehicles, you know the usual. No matter the expectations this was a great game and easily an Xbox 360 ****c.

What can I say about Assassin's Creed? This game was one of the most anticipated games of 2007. It was supposed to be a PS3 game only, but Microsoft got their hands on it and released it for the Xbox 360 as well. Gamespot gave this game a 9.0 which I highly disagree with. This game is good, but I don't think its great, or even up to the standards of what everyone was expecting from it. Its just kind of teasing you, setting up all these towns and structures, and only few things to do. Its one of the most creative games I have played, I will give it that, but it just lacks depth. I am expecting the sequel which I predict will be made by Ubisoft, to be a lot more improved. If you went out to the store and wanted to buy a game, I would recommend Assassin's Creed, but don't expect to play it multiple times. This is one of those games that is interesting the first time around, which is nota very conservative use of money. This game had good potential, but it didn't exploit it to the fullest.

The last game I will be looking at is....

Call of Duty 4: Modern Warfare for the PS3 (Game of the Year Nominee)

I believe this game had the biggest splash on the gaming society in 2007. This game was expected to be good but WOW, this was unbelievable. Its a great first person shooter game, and has amazing multiplayer modes. If you had money to spend for Christmas, or any other holiday you might celebrate, then spend it on this game. In my opinion this is THE best game of the year.I just don't have enough to say about this game. Its terrific, the graphics have improved from its other versions, and it just played like a well thought out project. I praise the release of this game at the time it was released. This game has my vote for the Game of the Year award. Lets see how the voting spreads itself out.

Well I guess that is it to my holiday blog. If you have any money at all this holiday I would suggest you check out some of these games because they just give you a whole new perspective at the whole console. Thank you for reading my blog, have a great Christmas, Hanukkah, Kwanzaa, or whatever you celebrate!

Before I write this blog I would like to mention the late and great Jeff Gerstmann or as everyone refers to as just plain ole' Jeff. You may be lost but not forgotten. Well it seems like things have been going slowly here the last ten days or so. I do not know why Gamespot is moving so slow lately, whether it has to do with the Jeff and Edios controversy or just a corruption in the company/site. Today I would like to talk about what exactly has happened the past couple of days in Gamespot. Boycott or just plain anger? Something is really killing this website.. but after a couple years of sticking with Gamespot, and a couple of years of coming on to Gamespot and quitting again I decide to return at an unlikely time.

Gamespot Admins I would like to have your attention.... *clears throat*. Now then.... what the hell is going on here? Its like this whole place has been taking under the leadership of a dictator that forgot this site even exists. May I point out that about a dozen of veteran moderator have quit their positions here. Coincidence? Not likely. Trend? Do I need to spell it out? I have been visiting this website for a while, and as I have seen some tough times I have not seen times like this.

It seems like at the beginning of December Gamespot's stock flushed down the toilet, activity and customer wise. Does it have something to do with Edios? Yes. Does it have something to do with Jeff? Yes. I have really been questioning the judgement calls that have been flying around here lately, not only of the controversy, but of what really is important to you Gamespot? I used to come to this website because I wanted your true opinion on games. I didn't want the publisher's opinion on their own game, I wanted yours. I looked up to the editors and staff here like Rich and Jeff, but now I am really having many doubts.

Now that I have cleared the air of things, I am deciding to stay. A person, or in this case website, is not defined in the light of success, but the shadow of failure. True character is shown when you fail, and I am sticking with Gamespot through the bad times, through the good times, and through the slow times such as now.

You convinced one member to stay Gamespot but I don't think I alone can do much. Since November,29 you lost what five? ten thousand members daily activity and hundreds of memberships to boot. I don't know who the hell has been running this site lately but they better stop thinking with their wallet and start sticking to their true opinions.No one is perfect in this world, and no game is perfect either. Paying or convincing a site to praise you won't maker your game any better and you willjust bedeceiveing your loyal fans.

With that note I conclude this blog. Hopefully I reached out to someone, and hopefully an admin actually takes his time to read this and think about what this place was, and what it is now. Thank you for reading this blog.