The snes rpg union is  getting bigger, it hasnt been open a week yet but we have over 30 recruits allready. i am currently looking for a couple of officers to help me run it so if your interested then have a look at the new post in the union.. we could also use a new banner so if anyone can help or has the photoshop skills to do it please pm me....... if you arent a member of the union but like rpg's you should deffinatly check it out, we are fast growing and could use your services.............. thanks for reading......................

This section is going to explain how to find and beat omega weapon in final fantasy VIII but be warned it is the hardest boss in the game and therefor extremely dificult. Let me know if this was helpfull.

The mother of all monsters awaits in ultimecia castle. The good news is that you dont have to battle it in order to complete the game. The bad news is that your SeeD pride might not let you skip this battle ....... here is how to find the beast:

1. Have the party you want to confront omega weapon wait at the switch point in the courtyard.

2. Move the other party to the stairway hall A ( right ) and have it pull the cord on the bottem left of the screen to start the countdown. Omega Weapon can be found in the chapel during the next minute. Quickly move the party to the switch point and take control of the other party.

3. The first party now marches into the chapel and triggers the battle by approaching Omega weapon.

Your characters will be busier surviving the battle than attacking this fearsom monster: Its first attack causes 9998 hp damage to the entire party and will be followed up by a blow nearly as devaststing. Nevertheless, you can use the GFs, who are most compatable. Make sure your party possesses the strongest healing and recovery items as well as holy war and hero before you confront omega weapon. Junction at least two characters with the item command. Also junction your characters with auto-haste, inititive, expendx2-1 or expendx3-1 and try auto protect. Junction death to status defence on all characters. Ensure that all characters have there highest weapon upgrades and use squall's lion heart limit break as oftern as possible. GF Carbuncle and reflect will be no good because you can not cast healing and recovery magic on your characters when you are shielded. Instead summon GF Doomtrain, Eden and cerberus ( providing they are highly compatable with the character(s) summoning them ) to obtail double and triple for the entire party. Boost GFs Shiva, Edan and Alexander. GF Doomtrain weakens Omega Weapons deafences, helping your party members to cause greater damage with there physical attacks; do not boost him in this battle. When you manage to get an attack in try using meltdown. It could even have a greater effect than ultima. Draw the monsters Flare, Holy, Meteor and Ultima whenever posible, This will be a drawnout battle provided you survive long enough. If you win it you will recive a three stars - and can take great pride in your achiement. 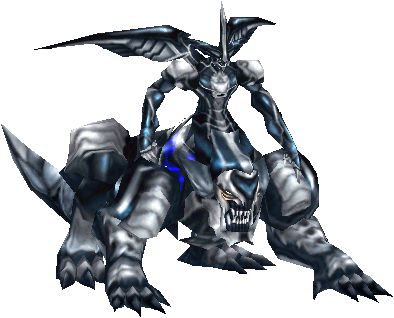 The snes rpg union is here, it has only just been created and is not exactly up and running yet. I could use some help with banners and logos but more importantly we need members so if you have any interests in the super nintendo or rpg's please join and tell others to join aswell, if you can help with the banners please pm me and let me know. many thanks to everyone who reads this.............. _Mana_ ...............

I just finished resident evil directers cut and am now moving onto resident evil 2. The game did not seem to take that long to complete but when i finished, it said i took 17 hours. It is a great game and i really enjoyed it, i recommend to classic gamers.

let me know if you like or disslike this game.

Below are my five favourite rpg's they aren't in any particular order because i can't decide which one i prefer there are a few more games i would of liked to put in there. if your curious what they were just have a look at the about me section. if you need any help on the games below just send me a message i will be glad to help. post a list of your favourite 5 rpg's.