@dlaney34: My one question to you would be: how is expressing your opinion considered "complaining"? I have no opinion on this game"s rating because I haven't played the game and most likely won't, what I do see on this forum is people expressing their opinion, I don't see how that registers in your mind as "very odd and immature". Albeit there are probably comments like that in here but I would say the majority is not. Also nice job assuming that most of the posts on here are this mysterious "youth" you mentioned.

@jinzo9988: Even though I agree with you about the art/video game argument, isn't it also narrow-minded to assume that the people who refuse to call this a video game are 13 year olds who are "piles of pubes"? I would say it is just a difference in an opinion, you actually succeeded in making yourself look like one of those 13 year old narrow minded piles of pubes you are speaking of.

The worst part about these studies is that people use them to justify some nonsense point they have when if fact these studies prove nothing. How can anybody take this seriously when has this in it - 26 percent of adults think video games are a waste of time.

then this - 30 percent of adults do not think most games are a better form of entertainment than TV.

LOL what? These few results should be a clear indicator who took this survey. If you even slightly pay attention to gaming you would be able to answer these with confidence. Also on the site it says that 50% of the people who took the survey don't even play games, so that leaves 1,000 people, but my favorite part is they use that to say that half of American adults don't play games...what you mean to say is half of the people you asked don't play games. But its all good, I just hope the people who answered this survey got enough points to earn that free Amazon gift card.

This is just...bad. When they honored Leonard Nimoy in the Star Trek MMO with a statue, that was heartwarming and respectful, but this is just a whole lot of nothing. The character in the game doesn't even look like her, I mean at least give the character her trademark hair buns and put her in a Judo Gi. Or even better instead of just swinging a weapon at nothing she could be judo flipping characters and armbarring them...you know? To me this just seems like another reason to put her name on the site since people are still talking about her in the news. I would prefer a Holly Holm character punching and kicking a heavy bag and everytime she hits it a Joe Rogan soundclip yells OHHHHHH!

Oh man, my favorite thing to talk about before a game is released, stuff that should already be in the game being sold to us later on for a ridiculous price, amazing. What happened to selling a finished game first and if the demand is high for DLC then you start making new content to sell, instead of releasing an unfinished game and selling the pieces of it later on (or before the DLC is even announced), Just reading this article makes me feel...unclean.

@kieransturgess4: If you start your argument for this being a good game with "It's gorgeous" then proceed to say it's fluid (whatever that means) and fun....you've basically shot any relevance your argument had right in the face. People are complaining about specifics in the game (which most are rightfully criticized) like balancing, spawns, lack of singleplayer campaign, and my personal favorite that this is just a watered down expansion pack of Battlefield with a Star Wars Skin. But if you find it fun go ahead and buy it, but to question why other people won't buy it, is silly at this point.

"You could have done Battlefield with a Star Wars skin; that would be safe,"

But that's what you're doing, playing the beta was giving me Battlefield flashbacks, you did make a couple things different but at the core of the game it is a Star Wars skin on a Battlefield frame, the majority of opinions on the game that I have heard is exactly that.

"That would be the sane and sober thing to do if you just want to make money. That's the money-grab; go for it. But that's not very strategic in the long term."

Oh no, the "We are not doing this for the money" cliche, So what you are saying is that all DLC is going to be free and there won't be any bullshit "buy this and get everything unlocked" features at launch or shortly after launch, c'mon please don't insult gamer's intelligence.

"Think where you want to be in five years and you won't want that reputation behind you because that would be a burden rather than a benefit. You want a fresh start so you can go in a new direction. That's exactly what we're doing. The first Star Wars movie was in the same place. When you look at it now, it was the safest bet ever--but that's easy to say now. Back then, why would you want this space opera?"

Sucks for them then, because they are barely getting one. I liked the game, I think its good, but I get the same feeling I do when i play Battlefield, I play for 3 games and get bored, I'm just more of a fast paced shooter guy, I know people hate on Call of Duty with good reason but i prefer CoD to this style of game. But I have to wonder why you would even make this statement if a lot of people weren't saying it already, so I have to conclude that this is the main criticism of the game that you received, that it is too similar to Battlefield, and I would say those people are right. But I hope people who buy it enjoy it, I have no ill will towards them, I know it's just business.

@cynical_howard: I know you guys like to downplay bethesda games for amusement but I played Witcher 3 and I loved it but those quests were no deeper than Skyrim's. They were mostly "fetch me this and get this", and don't get me started with those question marks on the map, 90% of those were useless. I know you disagree but that's doesn't matter because this is fact my friend I'm sorry.

@Brakkyn: it's a joke clearly but whatever man, keep fighting that invisible enemy. I didn't know showing any cleavage is offensively sexualized, so in that case can we call it sexual assault every time a women in real life shows some cleavage in public? I'm sure that will go really well, "help! these women are showing chest skin, I've been sexually assaulted!" what is this, Iraq? 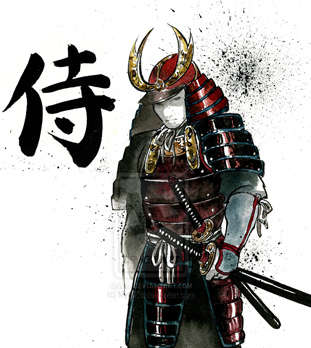