I'd say down there. I was completely hyped for this game and I bought it on the release day but I have yet to finish it...

I have a PS4 and a PC but I only buy PC games on sales. Lately I bought a couple of PS4 games but this Summer Sale I bought 40 games for my Steam account. It's kind of a tie for me.

Hello guys, this is not a troll thread. I know it's hard for people in these forums to realise, but you can enjoy both consoles without hating one or the other. I prefer Playstation but I admit that the Xbox has a bunch of games that I enjoy.

Alan Wake, Dead Rising 3, Fable, Forza, Gears of War, Halo, Killer Instinct, Ori and The Blind Forest, Quantum Break, Rare Replay, Sunset Overdrive, Superhot are the games that I'm interested in. Plus there is the BC thing which I think is lovely and lets me play some gems that I missed from last gen including Dead Space, The Witcher 2 and Red Dead Redemption (yea I know I shouldn't have missed this last one).

And not only the past and present look bright. The future also looks promising with ReCore, Scalebound, State of Decay 2, Cuphead, Crackdown 3, Gears of War 4, Forza Horizon 3 and who knows what else.

I never had a Xbox in my life and I think I'm missing on terrific exclusive games. However this shall cost me a bunch of money that I could use on other things so I don't really know if I should buy a console only for the exclusive games. (I was already thinking on adquiring a Nintendo console so that's even more money to spend). So what do you guys say? Should I buy a XB1?

TL;DR: I'm not a fan of Xbox and I have 0 friends who play Xbox. However I am a huge fan of Microsoft exclusives. I'm gonna buy a Nintendo console soon and since I already have a PS4 do you think it's worth the hassle and the money?

Because people don't have money to own more than one system. That's the only explanation that could make a little bit of sense to me atleast.

Learn to enjoy the pros and cons of each gaming system and you'll be better served than with a monopolised Sony/Microsoft/Nintendo console.

The three of them are great and they all bring interesting propositions to the table, so let's enjoy every system lol.

@GTR12: Do I need to have my UK account as my main account in order to play the purchased games online?

I have an issue about the Playstation Store. I live in Portugal but in my country there are two games (Primal Carnage and Layers of Fear) that are not available for purchase. So I created a UK account and I want to buy those games. My question is: "Will it be possible to play my UK games a.k.a. Primal Carnage and Layers of Fear on my UK account? If yes, is it bannable?"

Thank you in advance

Not announced but probably releasing in 2016:

Why would you be happy about a game flopping? 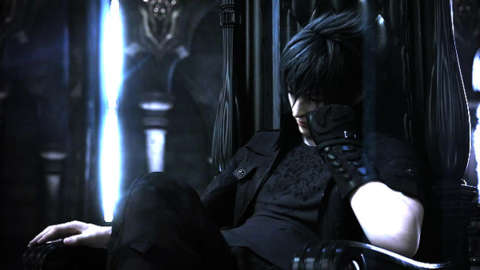