Never build a console where the user have to keep more than one accessory charged to play as default.

This, I think, will be the consoles downfall. Parents of small children will just get tired of having to keep stuff charged so their kids could play.

At least on Wii we had batteries, so kids could just change them when power run out, but here, especially with multiple controllers, trying to figure and remember what part is charged and what is not, well, I'm not going there.

this controller is the only thing you have to charge.

the console itself charges itself while in the dock.

the pro controller is optional and not needed.

My problem with the Switch is that it launches with nothing. Zelda is the only game on the Switch that I'm interested in and I'll get it on the Wii U. There's literally nothing to do on the console itself other than play the few launch games. For me to buy the thing it needs Virtual Console, Netlix, internetbrowser and a few more games.

Please no. Other M was a fun experiment but it took the series in the wrong direction. They should make a new game, as the poster above me said.

They are comparable. The gamecube gave us Metroid Prime and Wind Waker, the Wii U gave us Xenoblade Chronicles X and Bayonetta 2. I love all four. :)

I already own most of the SNES games that I want so I wouldn't personally buy one, but if they do make one it should have a collection of games that captures the SNES in its essence. You could fill up the console with RPG's, but that wouldn't be too smart. At most it should have two or three RPG's.

I think the Wii U will become one of those consoles that will be remembered fondly by those who owned it. It gave us Bayonetta 2, Xenoblade Chronicles X and Super Smash Bros 4 (three of the best games this generation in my opinion).

Nintendo keeps insisting that this is their next home console, so it would be pretty strange for them to offer a dockless variant out of the gate. This could happen in Japan though. I expect them to sell the dock separately after one year on the market depending on how well it's doing.

Now we play the waiting game. It's going to feel like forever, but at least we have a date now.

A little off-topic, but the people that bash Nintendo for not making a powerful system are the same people that argue about framerate and resolution between the PS4 and Xbox One. These people obviously care about performance, but for some reason they don't care about it quite enough to build a gaming PC.

I think the reception has been pretty positive in general. I'm glad Nintendo decided to go their own way and not make just another powerful console. What would be the point of having three consoles that do the same thing?

This is System Wars though, and not a platform for intellectual discussion.

How do you feel about the potential lack of second screen gaming on the Switch? What we've seen so far of the Switch seems like we won't be able to use a second screen, like the Gamepad on the Wii U.

I started playing Skyward Sword again today, and when Fi (a character in the game) told me to look at the map, I instinctively looked down, as if I was using the Gamepad. Of course, I was looking down at my own crotch.

I'm used to playing on the Wii U. The second screen provides an experience that you can't get anywhere else. Having a map on the Gamepad simplifies the game, like in Xenoblade Chronicles X.

When it comes to the Switch, nothing is sure, but how do you feel about the potential lack of a second screen? 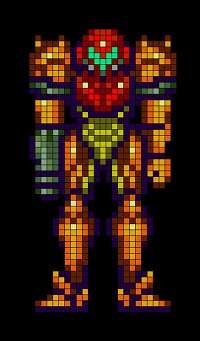