(First off, I am sad to say that I will not be posting my Warriors FanFic here at Gamespot. I might be cancelling it altogheter. :( My Fanfictions aren;t very popular here, and it's dumb to waste my time on something that will only get 4 comments. As of now I am writing a series of novel, so a fanfic is out of the picture. I'm sorry to get your hopes up, but if my novel gets published once it's done I hope you'll get a chance to read it. ;) Yes, this is my final blog...I will not be coming back on GS after this. But that doesn;t mean I'm leaving the internet entirely. I've been a member in Nintendo 5 Star for sometime now, so I'll be there almost every day. Please join, as we need more members! Since they have a chat box, we'll be able to talk to one another there. )

Whoa...I've been here for 3 years. :| It seemed like yesterday that was surfing the internet for cheat codes (of all things) just minding my own business, and then I found GameSpot. I thought WOW, their cheat code database is amazng! So I joined. :P Then I had to decide on a username...Sonic? He's Super and fast....I'll name myself that! ...ah, I don't remember how I decided on that name! :P And FYI, I actually almost left GS after I signed up...because the sign up page told me my password was wrong even though it was in the Caps and everything. -_- So I ended up changing my password over and over to nonsense verbal senteneces and slammed the Enter button over and over until I finally gave up...so I was surprised when they sent me a confirmaqtion e-mail. :|

If there's one thing I will not miss about GameSpot is their stupid glitches. :roll:

So after the signing up fiasco was over I chose a Samus Aran avatar (because that was totally revevant to my username) and threst is history. I met a couple of friends in the forums...randomly tracked some members...and wrote some nooby blogs that screamed "I BELONG IN A FORUM!" I got no comments back then of course. :P But things began to look up for me and I continually got more friends... that were tracking me! Heck, while I was writing this blog I got an inbox messga ethat a GS user was just tracking me. :| what's with you people...I'm not famous or anything... :P But I did try to get famous...in the form of unumerable editorials. Every time I posted one I always thought "This is it! I'm going to get the soapbox emblem for sure this time!" But it never happened. :cry: Nah, it was fun writing them whether they were biased or just plain badly written to begin with. :P

Yeah I written some nooby blogs. Remember the one about the dangers of Internet corn? XD

Or the countless blogs of my custom made Yu-Gi-Oh! cards like this one?

:lol: I was afriad I would've got banned from the site, but a couple mods thought it was funny, so I was okay. Yu-gi-ohcardmaker.net mods were a different story.... :|

And you all know of my PEZ container obsession...

And this NOTHING! My collection now totals 85 PEZ dispensers! This is only half my collection. :P I'd have a heart attack if they came out MLP PEZ... :shock: I'll have to stop there, because my body is having a nerd seizure just thinking about it! :P

And I wouldn't blog if I didn't have so many great friends to read it. It's impossible to make a list of my favorite friends, because you've all been such good people...as a person who doesn't have friedsn to hang out with I am grateful and shocked to have so many that care about me. Special thanks goes to benleslie5 who was my friend from the very beginning from good to bad times. And to PrincessMorte, NintendKid, bloodog16, and GuitarAmp who were there too, but don't have the time to go on GS any more. :( And thomasmash...where ever you are I hope that one day you can show me that bikini picture of Psyme. XD We have hormone issues. :P Thanks to ktulu007 mariostar0001 for kicking me in the butt and making me mind my manners. To Courtney 817 and everyone else who put a smile on my face during my depressive state of mind. :) To Aidan for making an awsome banner for my union. To BlazikenTails... :| To mac_rules, soulless4now, and to everyone that took their time to read my blogs from beginning to end...you must have some guts. :P To my e-wife Little Greendog...this is embarassing but I always thought you were very pretty. :oops: Though to tell you the truth I'm not very charming. :lol: And thanks to anyone I missed, because I know I probably missed about a thousand of you.

Thank you all for being my friend.

Another turning point;
a fork stuck in the road.

Time grabs you by the wrist;
directs you where to go.

So make the best of this test
and don't ask why.

It's not a question
but a lesson learned in time.

It's something unpredictable
but in the end it's right.
I hope you had the time of your life. 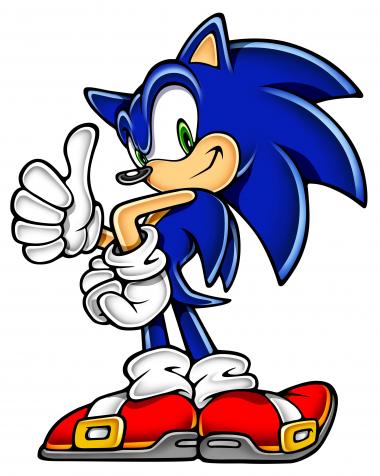