Nothing fantastic, just some dabbling here and there. I'm hoping to start doing these more actively again now that I don't need to worry about school. I've also been trying to keep up with manga. I've been keeping up with some of the big titles like Naruto, Bleach, and Bakuman. I've also been rereading I''s because I told myself I was going to do that. I also reread Shaman King, which might explain my new theme. :P Once I finish with I''s, I'm not sure what I'm going to move on to. Suggestions are welcome. As far as gaming, I haven't been doing much. I will occasionally play some Bad Company 2 on the PC (in fact, I kind of feel like doing that right now, so I might do that once I finish with this blog) and I've started The Witcher 2 on the PC as well. Besides that my gaming life is just about dead. This is, it will be until Battlefield 3 comes out. I am really looking forward to that game. I'm kind of upset that it is coming out after I go back to school. I would have loved to spend my summer with it. :( One thing that I haven't been skimping on is music. I've gotten back into Metal lately, and I've been finding a lot of new bands. I'm trying to get Olivia to like some of the music that I do, so I've been locating bands that I thought she might like, and then starting to like them myself. I've discovered: 55 Escape, Artas, Bleed the Sky, A Broken Silence, Brother Firetribe, Come to Dolly, Degradead, Delain, Denial Machine, Destrage, Dimension Zero, Dreamshade, Egypt Central, Empathic, Eye of the Enemy, Fail Emotions, His Statue Falls, Icon in Me, Imaginary Flying Machines, Index Case, Northern Kings, The Rose Will Decay, Shatter Silence, Signs of Betrayal, Tracedawn, The Unguided, Universum, Vanisher, Within Temptation, and Zonaria. Woah, that's a mouthful. :o Since I'm almost 17, it's time for me to get a job.. according to my father. So, what is a 17 year old teenage boy to do to make money over the summer? Well, I decided I was going to start a computer repair service! Since I love computers and I've been fixing them for over a year and a half, I figured I might as well make money from it. People make mistakes with their computers all of the time, and they're willing to pay money for them to be fixed. And since places like Geek Squad are really expensive, I figure that if i offer a lower price I can get quite a few customers. I'm off to a decent start so far, but I still need to get my name out there. And it's gotten my dad off of my back, so it's a win-win situation. I was planning on going into more depth, but with all of the distractions I have at the moment this blog has taken me quite a while to type up. So I'm going to cut it off here. What is everyones' plans for the summer? :o ~Sora
Maybe the 5th time is the charm?
Yes, yes I have become successful in my journey to getting a girlfriend. Please, please, hold your applause to the end. I asked her out on Monday and she didn't even have to think about it, she just said yes right away. That was the first time I had ever actually asked someone out, so it went well I guess. I pretty much just said "Will you go out with me?". Quick and simple, and yet maybe the best words I have ever spoken. I'm sure many of you will think to yourself "Well this isn't that big of a deal, it's just a girlfriend" but what this represents to me is more than that. It represents me finally moving on from things that have happened in the past and it is something that gives me a lot of self confidence and experience. Yay me. In other news, I'm finally on Spring break. I could really use a vacation, so I'm looking forward to this week. It will hopefully be filled with sleeping, anime, and Olivia. Sounds good to me. ;) I would also like to take this time to advertise my FAVORITE BAND. They recently released their debut album (it releases on the 19th here in the U.S., but it's out in most other countries at this point). And let me say, it is incredible. They are a mixture of Death Metal, Pop, and etc. and they have three singers; a male growler, a male singer, and a female singer. I love their music an incredible amount and the album made this past week even better. :P So without further adieu, I present to you.. Amaranthe! Track List Leave Everything Behind Hunger 1,000,000 Lightyears Automatic My Transition Amaranthine It's All About Me (Rain) Call Out My Name Enter the Maze Director's Cut Act of Desperation Serendipity Feel free to comment on any of these, or use one of them. :D

MUSIC TIEM. I've recently been drifting back towards Melodeath again. I've been mixing my music all together and listening to a lot of different stuff. I've been playing my guitar a bit more as well. The newest song I've learned is Zetsubou Billy by Maximum the Hormone. PERSONAL LIFE TIEM. It's Valentine's Day tomorrow and everyone has a Valentine besides your's truly. :P But I don't mind too much. I usually get chocolate from girls anyway. :P I don't know if I will this year, since most of the people that usually give it to me have boyfriends now. But I don't care too much, since I've done some changing myself. I don't know how many of you remember when I was under the impression that I was depressed a couple of years to a year ago. I don't know how many of you remember that after everything happened I said that I was fine. Well, I feel even uh.. finer now. I'm not really afraid of rejection anymore. I know that most high school relationships won't last outside of high school anyway. I'm also not worried that I haven't had a girlfriend because I've had plenty of girls like me, but with my good luck I've always liked someone else at the time, or they didn't tell me that they liked me until later on. I've moved on from anything that may have happened to me before, and feel like a much better person for it. I finally got my hair cut. :P I grew my hair out for almost 4 years before finally getting it cut. Before, it was past my shoulders. And now, it is maybe three quarters of an inch to an inch long. I actually like it better this way. It's a lot easier to take care of. I feel more confident now too. And no one can make fun of me for having never shaved before. :P Before I had my hair cut, I never had to shave because my hair covered it all up. Well, after I got it cut, I've had to start shaving almost every day. I want a beard though. So I have my fingers crossed. :P Well, I think that's all for now. :D Catch you later. Thanks for reading! ~Tyler OH MY GOD OH MY GOD OH MY GOD I CAN'T BELIEVE I FORGOT THIS PART. ANIME TIEM. Okay so I've started watching anime again lately, and catching up and keeping up with manga. I'm pretty proud of what I've accomplished lately. :D I've watched: -Fullmetal Alchemist Brotherhood -Motto To-LOVE-ru -Ichiban Ushiro no Daimaou -Kami nomi zo Shiru Sekai I'm working on Baccano! and Mitsudomoe right now. Baccano! is a lot of fun, but I'm almost done with it. Then I'm on to Durarara!. Mitsudomoe is okay. I'm only watching it because my friend wanted me to. It's a bit too over the top for me. Manga wise, I caught up in Bakuman and have been keeping up with Naruto and Bleach. I also had a Fairy Tail marathon and caught up in that. I haven't started anything new in a while, since I've been more focused on anime. Maybe I'll fix that soon.
Yeah, and I thought last year was amazing. This year definitely takes the cake and then some though. Let's get right into things. -My PC is all built and running. I am typing this blog on it. I'm installing my Steam games and just finished installing TESIV: Oblivion. The Witcher Enhanced Edition is in the mail. My friend also gifted me Bad Company 2. So I have Left4Dead, L4D2, BC2, Team Fortress 2, Bioshock, The Witcher, and Oblivion so far. -I got $200 in cash. Definitely gonna buy some games. -I got a $100 Mastercard (prepaid). Definitely gonna use that on Newegg to get some new equipment. I also got a ton of clothes, including some really nice fleece pajama pants. They are really thick and warm and I love them. I also got some sweatpants, socks, and a sweatshirt. -My sister got me a PSN card for $20. I got BC2: Vietnam and played it a bit, but most of the day has been building/installing stuff. -Movie passes I wasn't expecting to even get all of the computer parts, but I ended up getting all of them, a monitor, and then all of that. I'm completely blown away, and incredibly happy. So, how was your guys' Christmas? :)
Seriously, JESUS CHRIST, next year is going to be murder on my wallet. Not only will have a huge list of PS3 games to check out and Skyward Sword on the Wii, I'll have a brand new gaming computer to get games on.. Man, this coming year is going to be amazing. I mean... 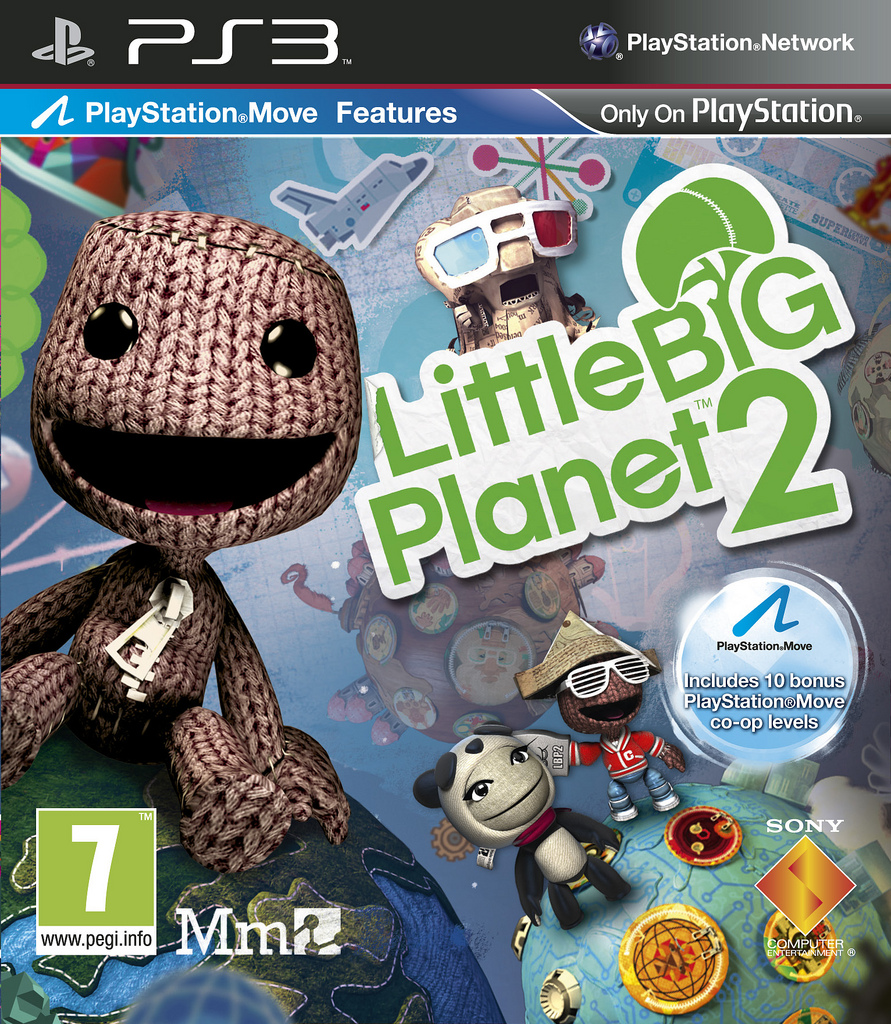 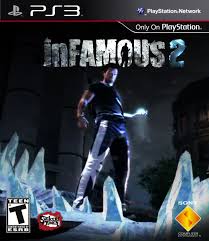 Ow.. My wallet hurts already. BUT THERE'S STILL F***ING MORE. HOLY S***. There are games that I want to get still that have been out for a while. For starters, I have a huge PC game library to explore. Games I definitely plan on getting right away, and some other games, are: 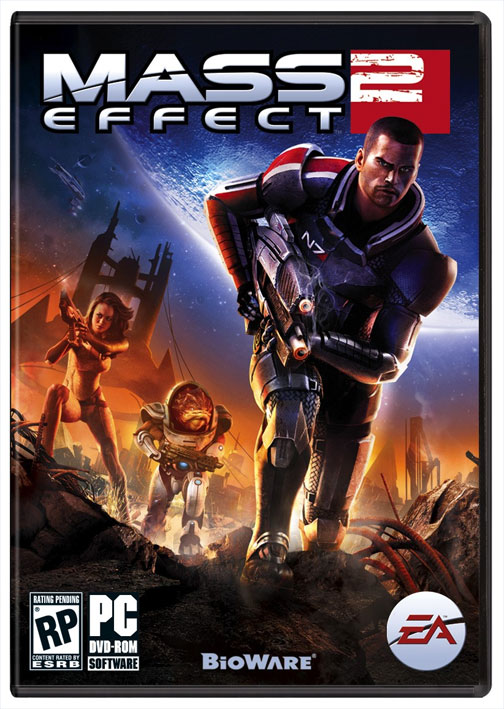 :shock: I'm going to be going out tomorrow to get GT5 and I'm going to be trading in a few games. I'm hoping to get enough money for GT5 and a few cheap PC games. But.. Holy s***.. I don't think I've ever looked forward to a year of gaming more than I am 2011. I mean, I'll be adding a whole new system to my arsenal, and there are going to be a ton of games coming out. I'm going to have to get a job. :lol: That should be interesting. So, what does everyone else look forward to next year?