@budah78: You are responding to a six month old post.

@Celsius765: Huh? Sony's barely making games these days? Who told you that? That's not true.

Sony released a bunch of games from Bloodborne to The Last of Us to Ratchet and Clank to Uncharted 4. Besides, the PS4 has hundreds more games than the Xbone thanks to indie and Japanese support. I enjoy my Xbone, but the PS4 is the main console due to running multiplats better (higher resolution and better frames) and having a larger and wider library of games from both Sony and the 3rd party companies.

It's odd considering that both machines released a week apart in Nov 2013, and yet one of them is has released more 1st party and 3rd party games, the PS4. You should research it more as I've owned both machines since their launch in 2013. I've been able to watch all this time and took note. I have about 70+ games on Xbone, and 250+ games on PS4.

It's what Nintendo has been doing for a great many years.

I'm not sure why people are surprised every time they release new hardware, they limit supplies. It inflates demand and creates HYPE and we see news articles like this that get other consumers interested in something they might have passed up before.

It's free advertising. It's not right, and it's a despicable practice, but I've grown accustomed to this move by companies, and especially Nintendo. for a great many years now.

@korean411: That's why I own all the consoles, and I have done so for decades.

I still have my copy of Voodoo Vince I got back when it launched (I had it reserved), it was alright, but definitely on the short side.

It released later in the gen (end of 2003) after a lot of top notch platformers had already released that gen across GC/PS2/Xbox, so it could have been better, but it was decent and did have some fun puzzles mixed in with the platforming for Xbox only gamers to try out.

73/100 http://www.metacritic.com/game/xbox/voodoo-vince (Metascore). It will be interesting to see how the Remaster fares with the critics. Jeff Gerstmann gave it a 7.8 back in the day as seen above, perhaps he will return and will review the remaster.

I would like to add it to my GeoW collection, but I want to avoid a GeoW: Judgement scenario so while I have it reserved, I'm waiting for reviewers I trust and some friends that are willing to take a chance on this brand new developer for full price.

@deviltaz35: Yeah, I wish I was into racing games, or I would so buy Forza Horizon day one. I know the series is great, but I never got into the racing genre!

It's a shame neither of us have original launch 360s, but I suppose it's for the best as I would worry how much time was left if I did have one. The collector in me though wishes he still had a well made launch model (not sure they ever existed tbh). I too went through 4 units.

@deviltaz35: Yeah, I have my original Xbox 2001 launch model with a Halo Xbox 1 OG model as well. I don't have my two original 2005 360s I got at launch back then though due to RROD and E74 issues, but I have replaced them over the years for RE, GeoW, and Halo models...these days I have two 360 Slims instead due to wanting to avoid RROD/E74 in the long term future and they work good.

With all the money I spend on xbox hardware, gear, and games, I suppose it could be argued I could own all the gaming platforms instead of owning multiple Xboxes, lol. Still own Xboxes, but also other stuff too. Then I could play those sweet games that don't release on Xbox.

I have Mercenaries, I too enjoyed it. It was a good multiplatform game and very unique for it's time.

@deviltaz35: I am not going to rebuy an Xbone for another Xbone (waste of money to play the same exact games), but I already have external HDDs for my Xbone (I wish there was an official internal option though).

Although external drives are ugly and popping out of USB holes on my Xbone, I don't have a choice... I do have them...and I still run out of space. I am well aware of my HDD options as I have been since the 1990s.

I am aware of how to manage my HDDs, but that has nothing to do with my point which is I have far too many 360 games that are NOT supported and I prefer to keep my Xbone HDD space reserved for Xbone games. 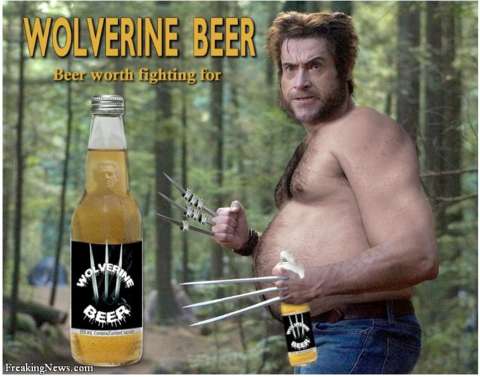