@Stevo_the_gamer: do you mean a constitutional ammendment at the federal level? Because that's generally not functional option. It's been almost 30 years since one was passed so I don't see how that's a realistic option.

I guess, ultimately, I'm not looking for "surefire methods" if it means the better part of a lifetime to accomplish. I'm looking for effective methods that keeps a person's constitutional rights functionally in tact, regardless of the Supreme Court's ruling on the matter.

It seems very likely that Roe v Wade is about to be either overturned by the SCOTUS or severely limited by it in the next few months due to a Mississippi law that is challenging Roe, and because Republicans have waged a very successful, decades long, campaign to change the courts so that they can remove the constitutional right to an abortion from women all over the country.

With that context out of the way I see two ways to undermine any ruling made. First, the long term and far more firm strategy of changing state constitutions legally to protect abortion rights regardless of what the Federal government does and to do this in as many states as possible. It's basically the same as what's happening with cannabis throughout the country.

Second thing I see is absolutely flooding the country's access to abortion pills, legal or otherwise. Now this is a tactic I haven't really seen discussed, but much like weed being easily available for many people before it was legal, it could help make the case that its completely ridiculous to keep something so easily available, illegal. With the ability to send anonymous packages to people via mail, it shouldn't be difficult to accomplish with abortion pills either. The real goal would to make these as cheap as possible for the people who need them. I'm sure this idea will be an upsetting one for people with the current goal of keeping abortion legal at the federal level, but I think it's time we seriously begin to discuss it.

@comp_atkins: "a few states picking the POTUS is exactly what we have now. it's just not the states on the coasts ( floriduh excluded )"

But it's the right states, and the right coasts. It's not the dirty liberal states on the coasts.

@LJS9502_basic: no no LJ, it's totally cool to say that the economy grew 33%, giving Trump credit for it, without acknowledging that unemployment fell to 20% in that same year. It's not disingenuous at all! It straight up genous.

@girlusocrazy: yes, this is possibly true. It does seem to be a problem for long term democracy though when the scenario becomes the majority continually losing to the minoe.

@silentchief: insanity? What are you referring to?

So Republicans haven't won the national popular vote since Bush Jr. won his second term, and he didn't even win it for his first term. What year do you predict that this will change?

Funny thought, there will be new Republican voters in the 2024 election who have never been alive to see a republican president win the national popular vote.

@vl4d_l3nin: have you ever heard of this particular statue before this story? Not every piece of art has equal value or is even worth saving.

It's literally just a hunk of metal in a building somewhere.

I'm sure Trump will pardon him once the Supreme Court reinstates him as president in a couple of months. 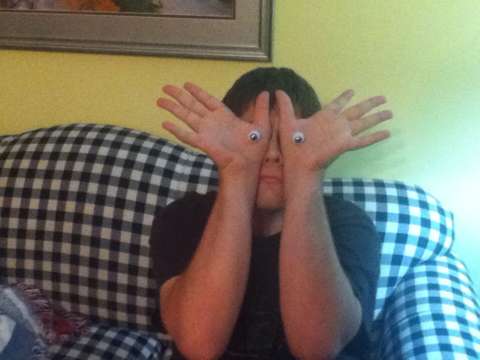